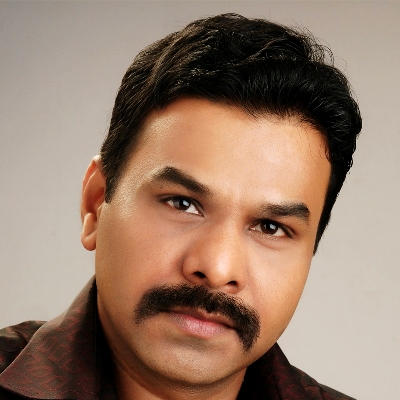 Dhaka, November 10: Human rights in Bangladesh have forcefully demanded an independent and neutral investigation into incidents of repression on the minorities. Seeking justice for the victims, the organizations demanded that the attackers be brought to book. 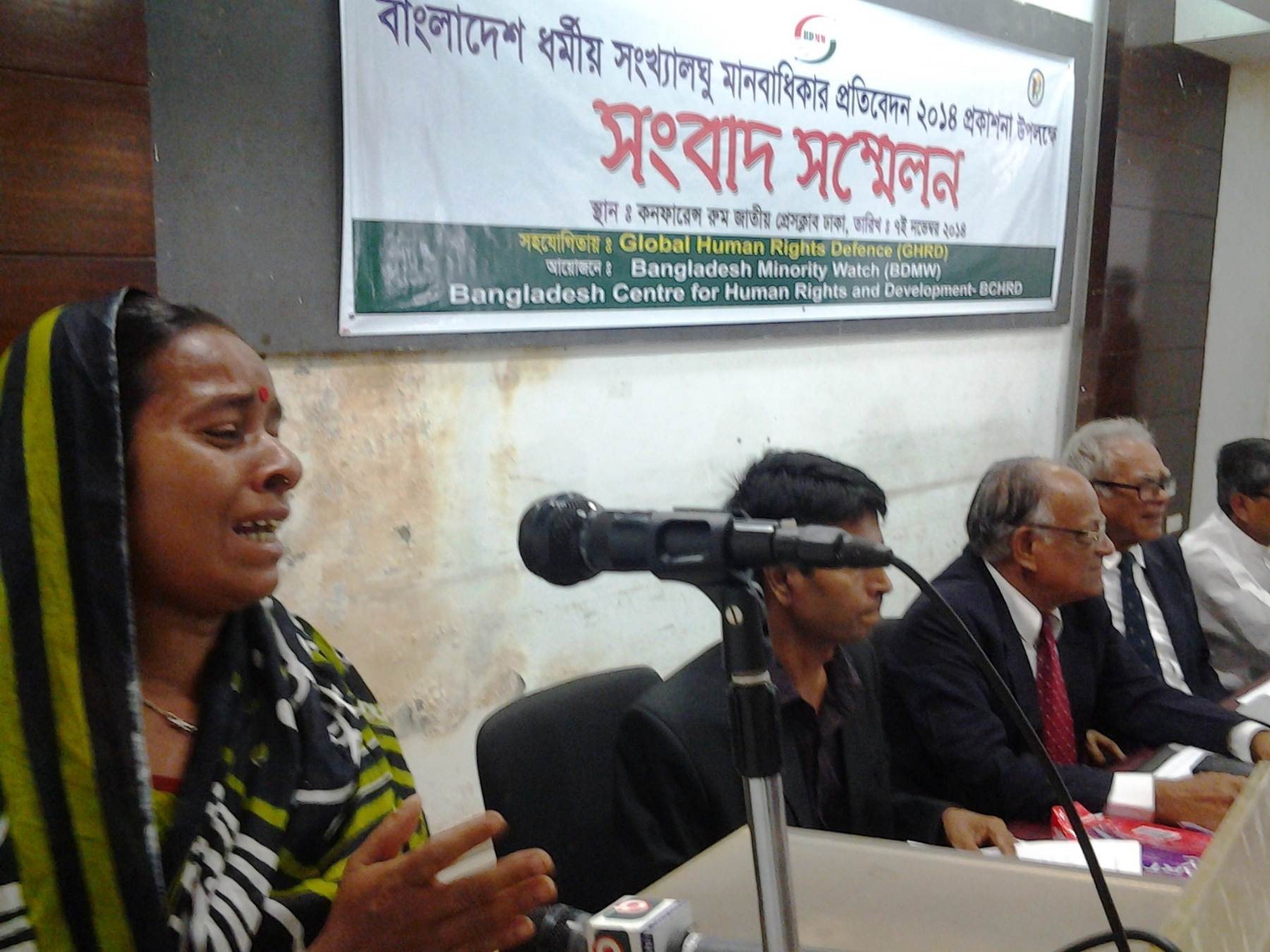 Minority victims from various parts of Bangladesh appeared at the Conference Hall and expressed their experiences of sufferings such as abduction, rape, gang-rapes, murder, forceful conversion, forceful occupation of their lands and continuous intimidation to leave home. Ironically the international human rights bodies like United Nations Human Rights Council (UNHRC), Amnesty International have so far remained unfazed and reluctant about the plight of minorities especially Hindus in Islamic nations like Bangladesh.

BDMW placed a set of demands, which includes setting up a human rights commission for minorities and a minority’s ministry, taking steps against culprits in accordance with the report of the Shahabuddin Commission of 2001, and making the Constitution people-oriented by cancelling the status of Islam as the state religion. Leaders of the minority communities urged the majority Muslim community to abide by the principles of Islam, as Islam never allows repression of those belonging to other communities.

“Stop this injustice. Punish those who launched barbaric attacks against people of the minority communities across the country from 2001 to 2014,” BDMW president Rabindra Ghosh urged the government. An overview of incidents of repression on the minority people was also presented at the conference.

Advocate Rabindra Ghosh introduced the activities and high lights the total report for the 2014 for the audience. From 2007 to 2014 the entire reports were produced to the audience and the journalists those who were present in the seminar hall.

Ghosh described that 1699 minority temples were demolished, 5050 minority families forcefully displaced from their own land and properties, 406 forcefully converted to Islam, 302 were killed, 392 were raped and 2900 physically assaulted. 50 persons were assaulted under the police custody and one was killed in Gopalgong police custody.

Swadheen Bangla Betar Kendra's singer and freedom fighter, Monoranjan Ghoshal, said if Muslims follow the Quran, Hadith, and the principles of Prophet Muhammad (PBUH), they can never torture people belonging to other religions. Ghosal during his speech pointed out that Islam is always working for the mankind for the people but what is going on in the name of religion of Islam in Bangladesh. He also claimed that there is no any Rajakar in Hindu after the independent of Bangladesh. The Hindus are very much patriotic and they believe in Bangladesh is their mother land but why they leave due to torture, afraid inhumane barbaric behavior. If the Hindus are patriotic then why they are in the second class citizens in Bangladesh, he asked.

He also claimed that those who are looting, raping, killing and grabbing the property and killing in the name of religious they are new Rajakar in Bangladesh. We have to be united to fight against those who are tortured, killed, raped and land grabbed from the minority’s properties and rights, said Monoranjan.

Supreme Court lawyer Khandaker Mahbub Hossain said repression of people belonging to minority groups should never be accepted. “The government must think about the minorities. The very word ‘minority’ has to be eliminated from the Constitution, as Hindus, Muslims, Buddhists and Christians are all Bangladeshi citizens,” he said. He offered people belonging to the minority community’s legal assistance if they were ever tortured.

Hossain, who was the Chief Guest of the event, said that the politicians have used Minority as their vote bank. He also suggested that the Hindu should divert from their traditional believe and don’t be used as a vote bank to others. He told Hindus to be united to protest against killing, rape and torture against them. Lastly, he concluded the terrorist are always terrorists they have no any religion. “Torture, raping and killing to captures the belongs of the people their (Muslim perpetrators’’) main objectives; they tortured the people for their own interest and profit, said Hossain.

Prof. Chandan Sarkar claimed that the Minorities in Bangladesh are affected from the long and it is a continuous phenomenon of Bangladesh and doing in the name of religion, not only one party is doing but also both the main party in Bangladesh are responsible for this rape, torture, grapping and killing.
Recently, another included that is in face book, who and whom are responsible for this matter none can knows but in the name of Prophet Mohammed they demolished Hindu temple, Property and even life under threatening. He claimed, minority should be united to protest this nuisance. If there is any self defense from the minority, none can protest us and after a certain period of time Minorities will be in National Museum in Bangladesh said Chandan Sarkar.

President of Democratic Lawyers Association, Presidium Member of Bangladesh Hindu, Boddho, Chistian Okkho parishod in Bangladesh Advocate Subrata Chowdhury claimed that individually and collectively the majority people torture the minority. He said, “If the government fails in taking any initiative then we is the minority send to our report to the world human right agencies and also claimed to protest us because government miserably failed to protect us from our basic rights and here in Bangladesh.”

Chowdhary claimed that minorities are declining with their dignity, honor and unprotected their life day after day in Bangladesh. He argued for the protection of minority people and demand for quick justice.

Here are some representational testimonials.

a) Bishnu Bhusan Biswas – “I want to live, they will kill me if found me at Tangail anymore that why I am in Dhaka and day laborer. It is very hardship to live. Abdul Kasem Boster, Local U.P.Member, Killed my father, Sister and raped another sister and killed, trying to kill another sister and tortured brutally that now she is mentally sick and mad. Several times they tortured my mother. Those persons raped my wife and 12 years old my daughter. They captured my land and forcing to leave my place Nagorpur and forcing me leave this country to India. My wife and daughter now are hiding in different places for survival as the police taking false case against me. Please save my family” – said Bishnu Bhusan Biswas.

b) Khokan Chandra Das- “I am from Laksam, Comilla, Islamic group captured my two sons. The minor one who’s aged was 12 years old forcefully converted to Islam and changed his name by false affidavit. With the help of Bangladesh Minority watch and specially Mr Ghosh, I got back my younger son. Another older one, I could not get back my son yet. They intentionally are doing this with a view to capture my land and intimidating us to leave this country. Recently my Hindu deities “Laksmi” had been desecrated during puja and they damaged those idols (Goddess) and rendered me in a distressed position ‘said Khokan Chandra Das , he was chanting and Crying ---------------------

c) Ms.Falani Rani Das- came from Sylhet District she was crying, she cannot speak properly at the first time. She claimed that her minor daughter was captured and raped by Md Abduallah and took her from Sylhet to Kishoregonj and after a 15 months I traced out my daughter with the help of Mr Ghosh after lodging case against Md.Abdullah. Abdullah could not be arrested by police till today I want to live with dignity and honor because Bangladesh is our mother land- said Ms. Falani Rani Das.

d) Ms. Thakur Dasi from Comilla District– She claimed that only for the 50 BD taka perpetrators killed my mother in the spot during brought day light. (Crying) My mother sells fish to them taka 50 after a certain period of time when my mother went to that person and asking for her fish price they united jumped over my mother and they killed my mother brutally. I want Justice, I want justice.

Time has come when the international human rights agencies and the UNHRC should take the cognizance of the plight and suffering of Hindus in the Islamic nations like Bangladesh and failed democracies like Pakistan.