New Delhi, July 16: With Bharatiya Janata Party (BJP) President Amit Shah personally launching the campaign for 2015 Bihar Assembly elections Thursday at Patna, the BJP has made it amply clear how winning these elections is crucial for it. 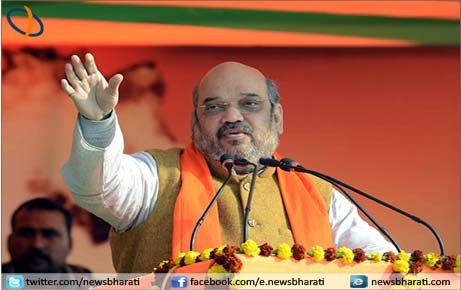 Morning news papers in Patna carried full page display advertisements featuring photographs of Prime Minister Narendra Modi and Amit Shah sending the clear signal to the voters that they should have full faith in Modi’s leadership for the positive change they want to see in their state.

The BJP has prepared 160 ‘Parivartan Raths’ (vehicles of change) to manage the statewide campaign seeking popular mandate for a better change in the state ravaged by the misrule of the opportunistic alliance of JD(U) and RJD of fodder scam convict Laloo Yadav.

BJP plans to reach out to 6.5 crore voters through these ‘Parivartan Raths’. The party aims at holding one lakh public meetings in 100 days to reach out to 6.5 crore electorates. The party has identified 9300 booths where the margin was in the range of 50-odd votes. Amit Shah has suggested to state BJP leadership to organize at least 1000-1200 meetings daily with the help of 160 ‘Parivartan Raths’.

Amit Shah is launching the campaign today from Patna while Prime Minister Narendra Modi will be addressing a rally on 25th at Muzaffarpur for which the state BJP plans to send personal invitation for the rally to 10 lakh people of 15 districts. BJP President whose recent remarks about ‘achhe din’ were twisted by the leading newspaper and media seeking to create a controversy, will flag off the 160 parivartan Raths from Patna carrying with them the message of change.

The party president has also suggested appointing 20 workers per booth. The party has already made inroads in 800 villages and raised the army of party workers to carry forward the message of change the BJP intends to bring about in Bihar.

The BJP had won 90 seats in the last assembly elections and remained a junior coalition partner with the JD(U) till the JD(U) opted out of the NDA during the 2014 Lok Sabha elections. The party is not planning to win 123 seats on its own and allies to form a stable government in the state.

It may be mentioned that the BJP had conducted an internal survey in Bihar which gave the party 127 seats out of 243. However, that was portrayed by the media as a great setback for the BJP. The mischief was no newspaper gave the total number of assembly seats in the state and the half way mark any party would require to cross. In order to create confusion they just gave the figure 127 stating that it would be a great shock for the BJP.

The BJP campaign will be focused on development agenda – sab kaa saath- sab ka vikaas—and stress on benefits of same party rule in the state and at the centre. Prime Minister Narendra Modi will be addressing an election rally in Muzaffarpur next week.

The BJP has planned to highlight and project the ‘misgovernance’ of Laloo Yadav and Nitish Kumar, who had headed the state as chief ministers earlier. In the 2014 Lok Sabha elections the BJP had won 31 out of 40 seats from Bihar. 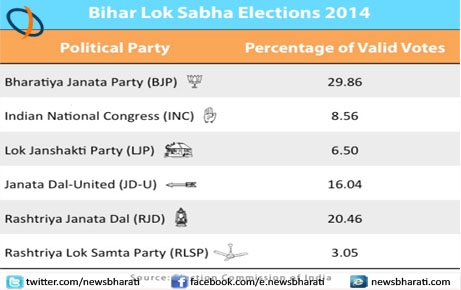 The results of just concluded biennial elections to 24 seats of Bihar Legislative Council, BJP surged ahead of all by bagging 13 seats. This gave the much needed shot in the arm for the party confidently hoping to form the government after the assembly polls. The defeat to RJS-JD(U) alliance in turn raised doubts over the effectiveness of revival of the4 so called ‘Janata Parivar’.

These elections, where the voters come from cross-section of the society, are seen as an indicator of political ineffectiveness of Nitish-Laloo combine. They cannot provide a formidable opposition to the BJP and Narendra Modi as well.

The opportunistic alliance between Nitish and Laloo failed to bring any respite for them. It failed to reduce the mutual distrust amongst their core voters. This explains the BJP’s victories even in the areas dominated by the alliance. The party win in places like Saran, Siwan, Gopalganj and Patna which are strongholds of RJD is attributed to this shift of voters towards BJP. 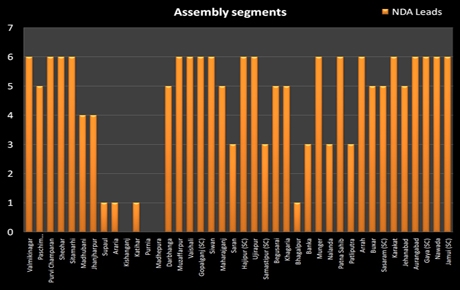 Saran had been the home constituency of Lalu before he was disqualified from contesting elections and Gopalganj is his home district. Siwan too slipped away despite the support of Mohammad Shahabuddin, former RJD don now lodged in jail, for the grand alliance.

However, the worst shock came from Patna where the sitting JD(U) candidate lost to jailed gangster Ritlal Yadav, a former Lalu acolyte who jumped into fray as an Independent after being denied ticket by the RJD. Yadav who faces serious charges like murder, abduction and extortion polled more votes than those jointly polled by the JD(U) and BJP candidates, indicating huge shift in RJD base.

This shift was also visible in the Muslim dominated region of the state. The JD(U)-RJD alliance candidates were defeated in these regions spanning from Mithilanchal to Seemanchal with massive presence of Muslim voters.

Nitish Kumar’s move to force his leadership in the campaign invited rage from the RJD voters and observers are of the opinion that neglecting other leaders of the alliance would not be tolerated by the voters. It was during the campaign Nitish Kumar launched his party’s campaign christened “Har Ghar Dastak” meaning knocking at every doorstep thus contacting one crore houses in one month. In doing so, he did not take RJD into confidence. 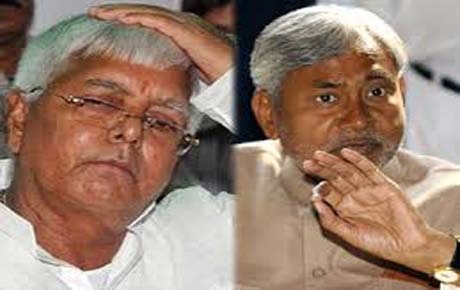 The conditional acceptance of alliance proposal by Nitish Kumar has not been liked by the RJD voters. Nitish wanted to be the Chief Minister after the polls (in case the alliance got the majority) and this was the cause of resentment amongst the core voters of Laloo Yadav. They seem to be annoyed with him for dictating terms.

With the dismal performance in the council elections the RJD supremo lost the bargaining power. He wanted a lion’s share of 140 seats in the assembly elections but now that seems to be a far-fetched dream. Laloo’s RJD contested 10 seats and won only 4 while the JD(U) got five. In the changed political scenario, Laloo may not be able to exert pressure on Laloo for more seats. 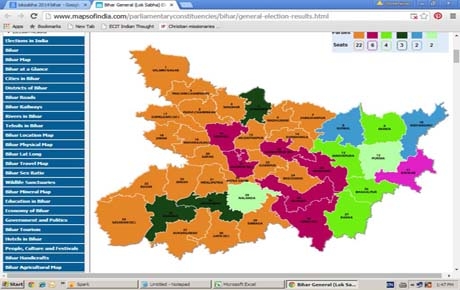 The results of the council polls are eye opener for both Nitish and Laloo. They must understand that the voters are shrewd enough to reject such opportunistic alliances. They did it in 2014 and now they are poised to repeat the same. The BJP should take advantage of this situation and must plan strategies to win the Bihar assembly elections with such a thumping majority that would clear its victory march in Uttar Pradesh and the eastern states of Assam and West Bengal in next round better positioning the party to usher in the much talked about “Achhe Din”.