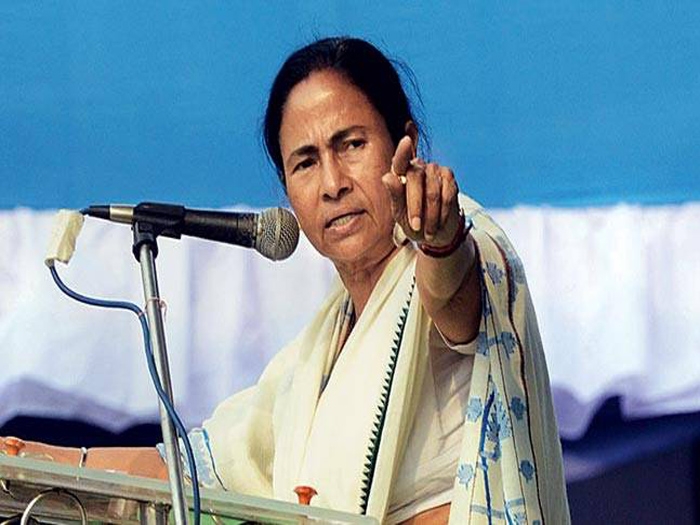 What is there in the name? Shakespeare asked. But West Bengal Chief Minister Mamta Banerjee knows it better that anyone else.

Annoyed over not getting sufficient time to put her views at the recently held meeting of the chief ministers just because in an alphabetical order the name of her state came at the end of the list, Mamta decided to ‘undo’ the ‘wrong’ by removing the 'West' word from the name of her state and just keep it 'Bangla' or 'Bongo' in Bangla language.

The firebrand Mamta believed that this change would bring her state up on the ladder and she would get sufficient time to express her views and share her sentiments on such national forum.

So far so good. No one should have any objection to such a statement. After all, in the past 'Calcutta' became 'Kolkata', 'Bombay' was converted to 'Mumbai' and so on.

The demand for changing the name of 'West Bengal' is not, in fact, new. It surfaced first in the 70s. That the Chief Minister did not get sufficient time to plead for her state was also a fact, and that, because of this the state might suffer in development, is also not ruled out. No one is denying the inconvenience Mamta Banerjee faced in the national meeting because of this.

However, what is that extent of damage or inconvenience that forced the Chief Minister to immediately take the decision to change the name of the state is certainly a matter of debate because 'West Bengal' is not just a name. It has a history associated with it; it has a geography of its own. If the name is changed then its history, geography would simply disappear. Will Mamta accord her consent for such a grave consequence of name change? Will the people of her state forget easily the history and geography?

The Chief mInister should think twice before embarking upon changing the name just for the sake of taking the state's name up on the ladder.

'West Bengal' is not just a name it is a memorial; a memorial of country's vivisection; a memorial of its partitioned existence. It reminds the people of the value of freedom that the Bengalis held dear to their hearts and minds and how they sacrificed for it. It makes it sure that the coming generations do not forget the tragic memories of the partition of the motherland. This name is the memorial of that tragedy as it holds within its fold the sufferings of partition.

Somebody might argue that even if the name is changed it is not possible to erase the history of partition. What is the necessity of another memorial then?  Accepting the same logic in the 1950s ‘East Punjab’ dropped the prefix 'East' and renamed the state as 'Punjab'. In the absence of a memorial, the people tend to forget the history as a public memory is short. Nazim Hikmat wrote that in the 20th century the mourning limit of the humans was one year and in the 21st century it remained unchanged. If we allow people to forget the past it will surely affect their future. Hence, Bengali or others should not be allowed to forget the woes of partition. For this, the name 'West Bengal' must remain in vogue.

There is a hitch or confusion in 'Bongo' or 'Bangla'- and that is its incompleteness. Today, West Bengal is incomplete as 'Bongobhumi' because we cannot reject geography or history. Its half is cut and lying elsewhere. Can anyone say that 'East Bengal' could claim fullness after 1971 as 'Bangladesh'? This is not a proper logic. If the part fails to lay its claim on the whole, it would be deprived of the both. ‘Bangladesh’ has a history of its struggle against the oppression, exploitation, and subjugation behind this name. It was not due to any administrative inconvenience or convenience. There is no such historical tradition that could force the name change. Through the names, the geography, history and traditions and public aspirations are kept alive for the generations. 'West Bengal' has in it the history of Bengal. There may be some problems but historical interests must prevail.