Will India follow Donald Trump in dealing with Assam influx? 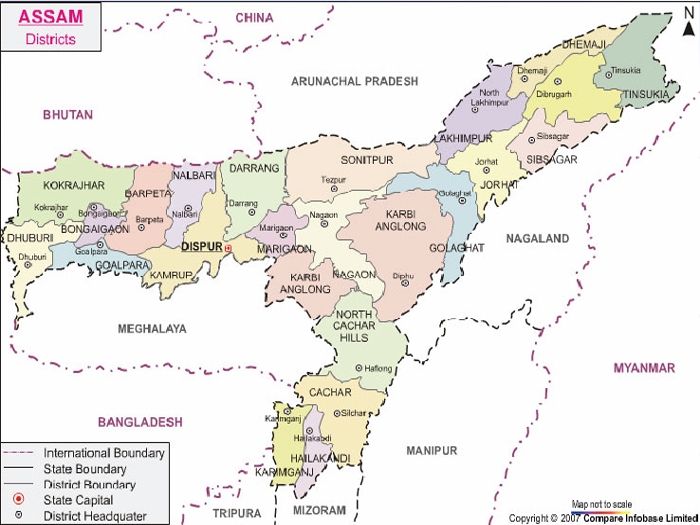 The problem of unauthorised people migrating to neighbouring or distant lands in search of good fortunes or as part of some geopolitical design is not new. This has been going on since ages in different parts of the world. The real problem is how to detect and deport such people before they become a threat to the lands they migrated to with certain ulterior motives.

Assam, a state in India’s northeast, is the classic example of this scenario. Millions have migrated to this state bestowed with a vast fertile arable land drained by the mighty Brahmaputra and its tributaries, rich forests and mineral wealth, tea, oil reserves and above all, peace-loving, docile people. The conspiracy hatched years before the partition of India in 1947, still continues with the unabated inflow of people from the neighbouring country of Bangladesh into the territory of not only Assam and nearby northeastern states but also in the Indian states of West Bengal, Bihar to the National Capital of New Delhi. By any rough estimation, their number is anything between 20 to 30 million!!

Grow More Muslims: The process of systematic migration of Muslims into Assam was started way back in 1905-06 commensurate with the partition of Bengal during Viceroy Lord Curzon’s era and the consequent formation of the Muslim League under the leadership of Dacca’s Nawab. The influx grew dangerously at a time when Bengal was under the rule of Suhrawardy. His counterpart, Sir Sadullah was ruling Assam. 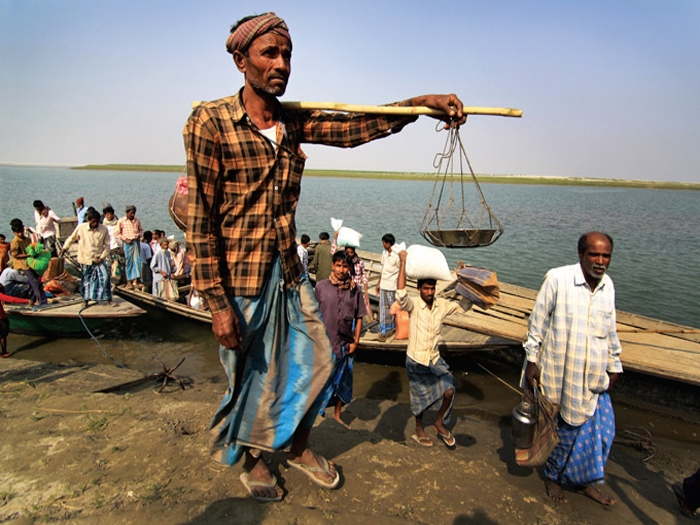 He formulated a scheme called ‘Grow More Food’ and invited Muslim peasants and farm labourers to occupy vast tracts of fertile lands in Assam. The then census officer of Assam understood the dangerous portents of this scheme which he aptly described as “Grow More Muslim” scheme. But alas, his warning was not taken seriously by the Congress leadership of those days.

A large presence of infiltrators: Illegal migration from Bangladesh which shares around 4096 km border with the Indian states of West Bengal, Assam, Meghalaya, Tripura and Mizoram, continues unchecked and unabated. This includes both refugees and economic migrants. Sanjeev Tripathi, former RAW chief puts their figure over 15 million based on the average of the census data for 1981, 1991, 2001 and 2011. Tripathi says that influx of such a large number of Bangladeshi immigrants in the Border States has proved to be a huge challenge for India with serious implications for its economic resources and national security. (http://carnegieindia.org/2016/06/29/illegal-immigration-from-bangladesh-to-india-toward-comprehensive-solution-pub-63931)

Hindu Refugees: During the partition days there was an increased flow of Hindus from the East Pakistan along with the Muslims. The Hindus were coming as they were forced to leave their ancestral homes and hearths and forced conversion to Islam. They came seeking refuge in India. But the Muslims were coming under a definite pattern. Refugees did not come alone from East Pakistan or now Bangladesh. They came from neighbouring Sri Lanka, Myanmar, Afghanistan, Pakistan, and Tibet. However, refugees coming from Tibet, Afghanistan and Myanmar were dealt with and resettled in the country, the influx of refugees and infiltrators remained largely unattended and thus allowed to precipitate into a cancerous problem today.

The Assam Agitation: The people of Assam woke up to this stark reality that threatened their very existence and launched a six-year-long popular agitation under the young leadership of AASU and AAGSP from 1979 to 1985. New Delhi was forced to intervene and the then Prime Minister Rajiv Gandhi signed the famous Assam Accord with the AASU-AAGSP leaders paving the way for a non-Congress government at the state level.

No law to deal with Refugees: Another hitch in resolving this problem was the absence of definite laws to tackle the refugee problem. No doubt that India has been providing shelter to refugees from other countries in the region; it has not yet developed any definite legal framework to deal with this problem. The country is neither the signatory to the 1951 UN Convention on Refugees.

Thus, in the absence of refugee laws, those Hindus who came to India to save them from the tyranny of Islamists, are covered by the provisions of the Foreigner’s Act 1946 and treated at par with those infiltrators because the act simply defines a foreigner as the ‘one who is not a citizen of India’. The Hindu refugees from Bangladesh are the worst hit due to an absence of any definite refugee laws in India.

The Assam Accord envisaged deporting those illegal immigrants who had entered India after March 24, 1971. But very little work could be done in this regard due to difficult provisions of the law. The problem seems to be very complex but calls for a definite solution lest it posed a serious threat to national security and the economy as well. 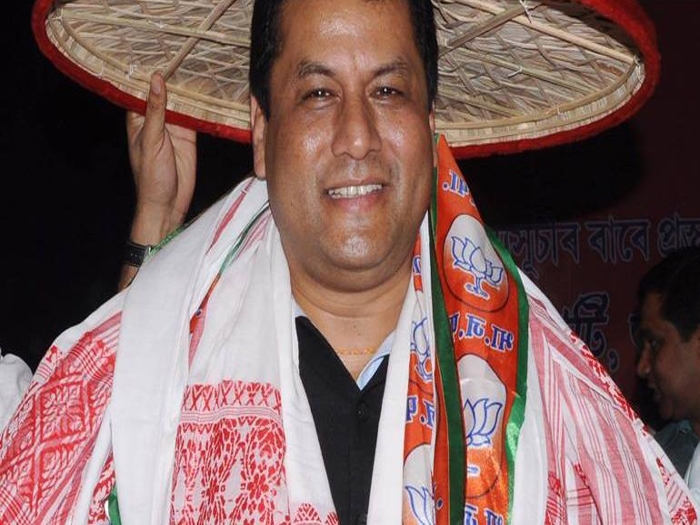 BJP kindles hopes in Assam: The unprecedented victory of the Bharatiya Janta Party (BJP) in Assam for the first time speaks for the popular will to deal with the issue of illegal immigrants and the refugees as well. People exuded confidence in the leadership of Prime Minister Narendra Modi with a firm belief that he would be able to deliver them from this ‘silent aggression’.

But the million dollar question is HOW?

The government of the day needs to develop a system that would deal with efficacy in resolving this problem.

Sealing borders: Priority-wise, fencing and securing the borders with Bangladesh should be number one task that needs to be looked after. The border with Bangladesh has been very porous and easily accessible. Though, the Assam Accord gave priority to border fencing, very little had been achieved in this respect. Now the NDA government has expressed its resolve to seal the border.

Identification of Bangladesh immigrants is a daunting task as they can easily mix with the local populace. There are most commonalities in respect of dress, language and cultural affiliations, that it is almost difficult to segregate a Bangladeshi from the indigenous people in Assam. Besides, most of these immigrants have acquired the ration cards, aadhar cards and voter’s id card and even voted in Indian elections further complicating the issue of their identification and deportation.

The enormity and complexity of the problem need to be taken into consideration. However, the government can evolve a system to detect, delete and deport those who had entered after March 24, 1971.

Needed definite refugee policy: As far as the Hindu refugees are concerned, the government should think of bringing in a definite policy and laws for the refugees. Various organisations that are working amongst the refugees can help the government agencies in their identification and resettlement with respect.

India can learn from the US in this regard. The US President-Elect Donald Trump has vowed to throw out some 3 million ‘undocumented immigrants’ staying in the United States. During his election campaign, Trump criticised the ‘failed immigration system’ for attacks and bombing in New York and New Jersey and stabbing in Minnesota. 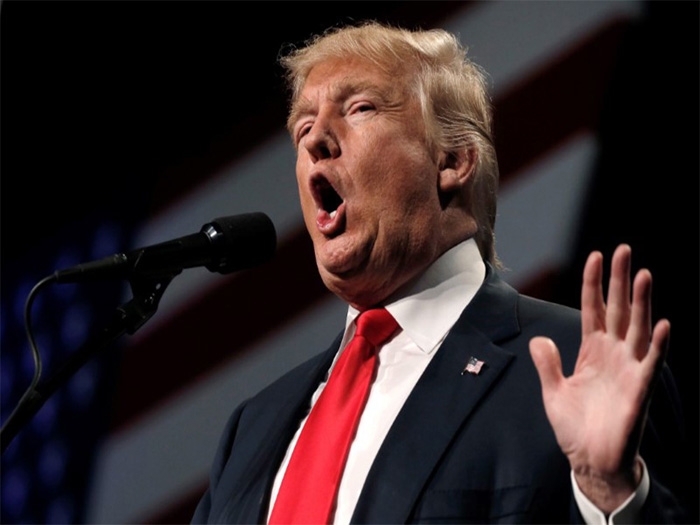 As President-elect Donald Trump has pledged to throw out up to 3 million undocumented immigrants from the United States, this remote Indian state of 31 million is in the midst of an effort to identify and “weed out” some of the more than 20 million illegal immigrants from Bangladesh living in India.

The US Immigration and Customs Enforcement (ICE) share the responsibility for enforcing the nation’s immigration laws. The ICE identified the aliens in the United States and deported them in 2016. The ICE removed a total of 240,255 aliens from the US in 2016 and 99.3 percent of them met the Department of Homeland Security’s enforcement priorities. (Further reading: https://www.ice.gov/removal-statistics/2016)

Vote bank politics: The political leadership in India especially that of the Congress and the so-called secular parties, have always looked at this illegal immigrants from the vote bank point of view. They, in fact, encouraged their entry into the Indian Territory so that their vote bank remained intact. But in the process, they played with the security of the nation.

According to Assam's Finance Minister Hemant Biswa Sarma, the Hindu rate of population growth is declining. But the Muslim rate is rising. Most of the Muslims here are from Bangladesh. If this continues, the Assamese Hindus will become a minority soon; we will lose our language, our culture, our identity, he warned.

Now the NDA government under Prime Minister Narendra Modi and state government under Sarbanand Sonowal, who was one of the student leaders of the AASU, people of Assam have faith that steps will be taken to resolve this vexed issue and rid Assam and India of the most dangerous political conspiracy to convert Assam into a Muslim majority state and break it away from India in the near future, thus fulfilling the dream of Pakistan founder Barrister M A Jinnah.