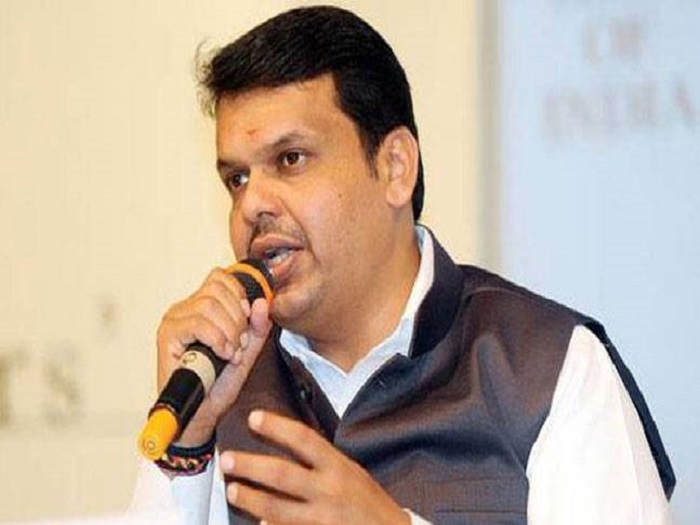 Three years is not the time sufficient to judge the progress and performance of the state government, but it is certainly an occasion to evaluate the performance of a government and the party that has won the seat of power by sheer dint of its leaders’ hard work and support of the common people. The Devendra Fadanvis government of the BJP in Maharashtra therefore, deserves to be put to this test of performance and compliance of the promises the party made to the people of Maharashtra in 2014.

BJP-Shiv Sena “Yuti Sarkar” is not new to Maharashtra. First in 1995, both the parties came to power defeating the Congress ‘strongman’ Sharad Pawar. Late Balasaheb Thackeray, Gopinath Munde and Pramod Mahajan were the architects of that victory and the government. Unfortunately, it did not repeat. And it was after 15 years that they came back to the seat of power in 2014.

But there is a difference. In 1995 the SS was in the driver’s seat. Therefore, the “Yuti Sarkar” was known as ‘SS-BJP Government’. Shiv Sena had a major say in policy making and implementation in the state during that period. This is not so now. It is the BJP that is leading the government and SS is its “mere partner”. That should explain the cantankerous attitude of the SS and its leaders.

At times the SS adopts such a stand that even the real opposition parties would not dare to on issues and decisions of the Fadanvis government. SS seems to be still in a dilemma as to which role it should adopt. Quit the government and become a full-fledged opposition party or play a second fiddle to the BJP. Sooner it takes the decision better for its political survival.

After completion of three years of its five-year term with a massive mandate, the Devendra Fadanvis government has come to an important turning point. People have reposed faith in his leadership and that of the Prime Minister Narendra Modi and now they are looking eagerly forward to the fulfilment of their aspirations. According to a survey over 51 percent people believe that the government was doing sincere efforts to fulfil the promises it has made to the people in 2014 during the elections.

The most ambitious scheme of this government was the loan waiver to the farmers to the tune of Rs 34.22 thousand crore. Named as 'Chhatrapati Shivaji Maharaj Shetkari Sanman Yojana', this loan waiver scheme benefitted over 70 lakh farmers in the state.

“Jalyukt Shivar” is another such scheme of the Fadanvis government that improved the ground water content making 11,494 villages drought-free in three years! It involved the people in these schemes and together they completed 419.364 water conservation projects with the total expenses of Rs 488 crore.

The most ambitious “Samruddhi Mahamarg” joining Nagpur and Mumbai is yet another dream project of the Fadanvis government. The land acquirement for this project is going on and the work is expected to begin in January next year. The government has introduced metro rail projects in Mumbai, Nagpur and Pune, took up improvement of roads and other infrastructure facilities to encourage and attract the industries and business in the state. Maharashtra tops the list of FDI in various sectors.

Above all, the spectacular performance of the BJP at the local body polls in the state has endorsed the leadership of Chief Minister Devendra Fadanvis and tightened his grip on the administration. It has succeeded in disseminating a message among the people that his government sincerely wanted to do implement some welfare projects to raise the overall living standard of the people of the state. To be true to this message, the hopes it kindled in masses and their faith in the leadership is the real challenge before the government in the state.

Fadanvis was known for his studious nature while he was the leader of opposition. But he lacked the experience in the statecraft. Therefore, these three years were a testing period of his administrative capabilities and acumen in governance. And he fairly overcame these lacunae and not only faced the adverse situations boldly but also provided best solutions to them.

The first was the “Maratha Silent March” for reservation. The second one was the farmers’ movement for loan waiver. The opposition grabbed these opportunities to corner the ‘inexperienced’ government. It raised the very fundamental question whether the government had a proper understanding of issues confronting the farmers. But the government handled these tricky movements very deftly and precisely announcing the loan waiver ensuring that the real beneficiaries only get the benefit. There are some teething troubles in implementing the loan waiver scheme but that will be overcome soon.

The government is concentrating on urban development and neglecting rural areas is the oft-repeated charge of the opposition parties. But the victory of BJP in panchayat and Sarpanch elections all over the state exposed this claim of the opposition. The rural road improvement, electrification, providing power to pumps, improving healthcare facilities etc. can be cited as some of the examples of how the government was equally concentrating on the development of rural areas.

The most creditable positive side of the BJP government was its clean image, bereft of any charge of corruption in these three years. There were attempts to malign the image of the government, but they did not succeed. It is true that the bureaucracy and administration was not acting to the expectations of the ministers and the people. But it has its own reasons.

Most of the ministers are new and had no experience of statecraft and how it runs and works. They are in a learning process even after three years. But the people will give them a walkover on this count only because of their sincerity and honesty.

Secondly, the bureaucracy is accustomed to working with a ‘Congress style’ all through these years. The BJP wanted to change that style. How can the bureaucracy adopt and adapt to this new changeover? Further, given the past, they are not sure (rather confident) whether the same party would come back to power or not? In case it does not, they have to revert to their old style again? So why change. Let's wait and watch and go slow seems to be their attitude and the government and the minsters are found often helpless before this bureaucracy.