Jerusalem and Ayodhya: The December 6 connection 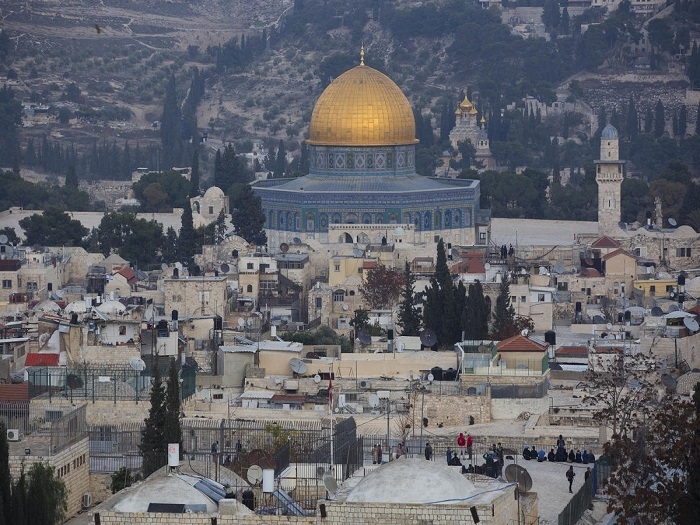 The city of Jerusalem now capital of Israel

Last week US President Donald Trump on December 6 accorded formal recognition to Jerusalem as Israel’s official capital and order shifting of US Embassy to that city.

This decision was in conformity with the US Jerusalem Embassy Act of 1995 which stated that “the city of Jerusalem is the spiritual centre of Judaism,” and that “each sovereign nation … may designate its own capital,” and that Jerusalem is the capital of Israel. Further noting that “the United States maintains its embassy in the functioning capital of every country,” the act instructs that “Jerusalem should be recognized as the capital of the State of Israel and the United States Embassy in Israel should be established in Jerusalem.”

This decision attracted worldwide reactions mostly critical of Trump’s decision. The Muslim nations even threatened that the US President’s move could lead to a war-like situation in the sensitive Middle East. India too was ‘cautious’ in expressing its views keeping in mind its continued support and commitment to Palestine.

December 6 is also an important historical date in the history of independent India related to the millennia-old historic city of Ayodhya, held in reverence by every devout Hindu as Jerusalem by every Jew. Ayodhya the birthplace of Lord Rama, the national icon of India, has been embroiled in controversy since the disputed structure there was brought down by the Karsevaks gathered at Ayodhya from all over the country on December 6, 1992.

It was not just a coincidence that US recognition of Jerusalem as Israel’s official capital was announced on the day when the Hindus in India resolutely wiped out the symbol of slavery and defeat of thousands of years by pulling down the disputed structure erroneously called the ‘Babri Mosque’ at Ayodhya.

That structure was built by the Mughal invader Babur’s general Mir Baki after demolition of a temple of Lord Rama at his birthplace. Thousands of Hindus sacrificed their lives to protect that holy place in the past hundreds of years. As Jerusalem is the symbol of Jew’s historical pride, so is Ayodhya for the Hindus.

Donald Trump deserves kudos for endorsing and re-establishing the hard fact related to the centrality of Jerusalem to the Jewish nation. That Jerusalem is the capital of Israel is an unassailable fact and there cannot be any compromise on this issue.

King David established his monarchy in Jerusalem more than 3,000 years ago. Remnants of the two Jewish Temples — the Western Wall being only the most prominent — provide tangible and irrefutable evidence of the Jewish kingdom that continued to thrive in Jerusalem until its destruction by the Roman empire in 70 CE.

Similarly, Ayodhya remained the birthplace of Lord Rama since the hoary past much before the nation of the Jews and their ‘permanent’ capital Jerusalem came into existence. The millions of Hindus believed in the fact that Lord Rama was born at Ayodhya and a grand temple existed there till the Mughal invader Babur destroyed it and converted it into a mosque named after him against the Islamic tenets.

As the Romans destructed Jerusalem and the nation of Jews in the 70 CE, the invading Mughals targeted Hindu temples, Hindu women and cows to inflict mental slavery on the Hindu society so that they could rule them for a long period.

With the destruction of Jerusalem the Jews went to different lands in search of livelihood but the memory of Jerusalem remained alive in their hearts. “Next year in Jerusalem” was not just only the conventional prayer recited every year; it was the beacon that guided the return of the Jewish people to their land.

When Israel came into existence, the neighbouring Arab Nations launched a concerted attack to destroy them. They attacked Jerusalem, destroyed religious structures and drove every Jew out of the Eastern part of the city. But they did not seek to make it their capital.

Israel’s reunification of Jerusalem brought with it for the first time in centuries a guarantee that peace loving people of all religions can readily access all of Jerusalem’s holy sites. 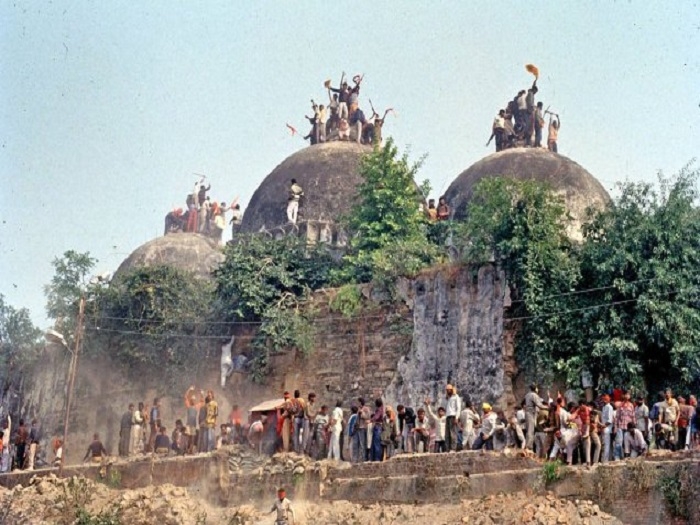 Karsevaks demolishing the symbol of salvery at Ayodhya
Same happened with Ayodhya. The Hindus fought innumerable battles to regain the birthplace of Lord Rama and sacrificed many lives over the hundreds of years during the Mughal and the British rule, and even in the Independent India. Finally on 6 December 1992 they succeeded in wiping out that symbol of slavery at the Ramjanmabhumi. The excavation that followed at the spot proved beyond doubt the existence of a temple over which the disputed structure of Babri mosque was erected.

Alexander Solzhenitsyn said “The truth is not difficult to see, but we tend to err because it is more comfortable to do so”.

The American Congress saw the truth in case of Jerusalem and President Donald Trump did not err in recognizing Jerusalem as Israel’s capital and even order shifting the US Embassy to that historic city.

But in India, in spite of the archaeological evidences, the faith of millions of Hindus, and historicity of the principal character Lord Rama, the government dominated by the secular Congress and leftists leaders ignored the truth because that suited to their vote bank politics. They continued to ignore the issue for 25 years. Now the Supreme Court of India has ventured to decide the issue.

There is an atmosphere favourable for the rejuvenation of Rama Temple at his birthplace at Ayodhya. Even the Muslims in India who do not have anything in common with the invader Babur except that of the religion, are now coming forward to end this controversy and venturing for cooperating in construction of the temple at Ayodhya.

The moot question is whether the Supreme Court of India show the courage in deciding this issue of Ayodhya as President Donald Trump did in recognizing Jerusalem as Israel’s capital?