Total Views |
Dapoli/Gandhinagar, December 5: The Legal Rights observatory has swung into action again slapping a legal notice on Catholic Archbishop of Gandhinagar Thomas Macwan, against his nasty public appeal to the voters of Gujarat to vote against ‘nationalist forces’and maligning the image of democratically elected government of Gujarat. Recently, in a complaint to the Election Commission of India, the LRO Convener Vinay Joshi had objected Macwan's statement on November 21, 2017, appealing the voters to vote against the ‘nationalist parties’. In an official communique dated November 21, the Archbishop stated that Gujarat elections are significant and have their repercussion and reverberations throughout our beloved nation and appealed to the Christians to pray for the victory of ‘humane leaders’ who ‘remain faithful to the Indian Constitution’ to ‘save India from nationalist forces’. 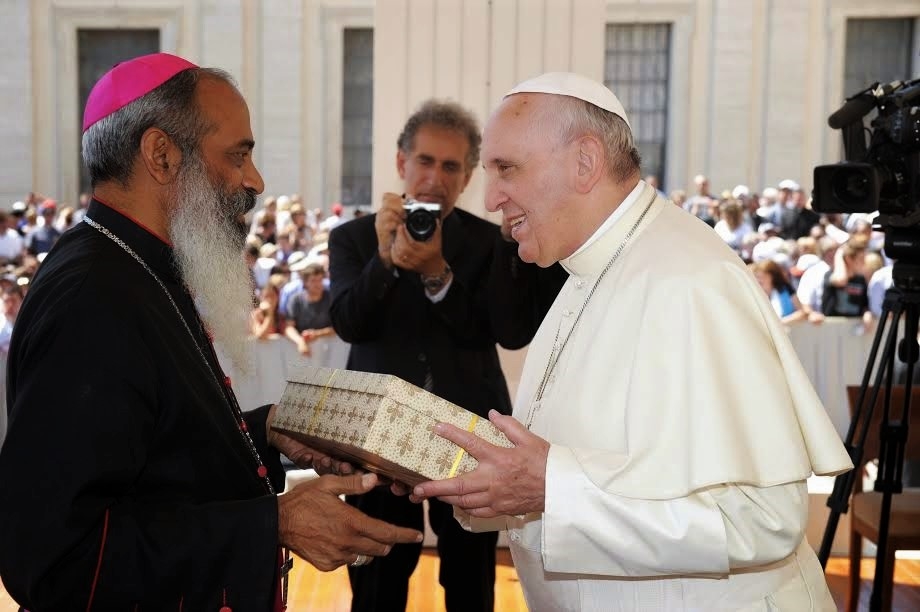 Now this time, the LRO has approached the Judiciary to knock down Catholics Archbishop's unholy and illegal jibes and Questions nasty remarks on ‘democratically elected govt’ and blaming ‘Nationalists’ forces.

Referring the 'false fact' of atrocities on SC/OBCs, poor and Archbishop Macwan's claims that there are attacks on Churches on a daily basis, the LRO has said that a bare perusal of the letter by the Archbishop along with its tone and tenor shows that the 'same has been written with the ulterior political objectives of prejudicing the minds of the people by instigating their religious thoughts and polarize them to vote on religious considerations which is not only illegal but also a clear and flagrant violation of the Representation of People’s Act.'

LRO says: You have also tried to mix religion with politics to achieve some hidden agenda of misusing your religious position and misguide the voters on religious lines. You are fully aware that the said is prohibited under law and reference in this regard may be made to the landmark judgement; Bal Thackeray Vs Election Commission of India in which Shiv Sena Chief Bal Thackey was stripped off of his voting rights by Supreme Court of India under section 11(a) and RP Act.

The legal notice served from Murdi, a distant village in Ratnagiri district in Maharashtra, holds the offence of the respondent Archbishop Macwan punishable under Section 153A of IPC. The notice says: It is clear that further by your words you have promoted the enmity between different groups on grounds of religion, caste and communities etc which is prejudicial to maintenance of harmony in the country hence you have committed the offence as punishable under Section 153A of IPC.

LRO slams the Archbishop for his vicious comments which are likely to cause disharmony or feelings of anonymity or hatred and ill-will between the various religious communities in the country.

You also by your act of imputations, assertions prejudicial to the national integration have made and published imputations that any class of persons cannot, by reason of their being members of any religion, racial, language or racial group or caste community, be true faith and allegiance to the Constitution of India is by law established or uphold the sovereignty and integrity of India.

The LRO legal notice has demanded clarification on the 15 questions sent by a public letter to Archbishop Macwan by LRO Chief Vinay Joshi. "If you ignore our 15 questions, We will assume that you don't have easy and convenient answers to these questions,' says the notice. The LRO has aksed Macwan to respond within one week of receipt of this legal notice and If failed, the criminal proceedings will be initiated.

The Catholic Church in India has always been super active in India's political democratic process and remained an operational to defy the Nationalist ideologies in India. In recently held Goa assembly polls, the Goa and Daman Catholic Archbishop’s magazine Renewal or Novsornni or Renovocao has openly appealed to the voters to defeat BJP candidate Manohar Parrikar.

Earlier in May 2014, when the nation was voting for the Lok Sabha polls, like a political opponent, many Catholic NGOs and missionary promoted institutions had openly campaigned against the BJP and its PM candidate Narendra Modi.

The immediate response by the LRO has trembled and exposed the age old cynical agenda of the Church to malign the nationalist forces and destabilise the democratic process in India by brainwashing its followers.