India’s another historic “Tryst with Destiny” a la Modi style 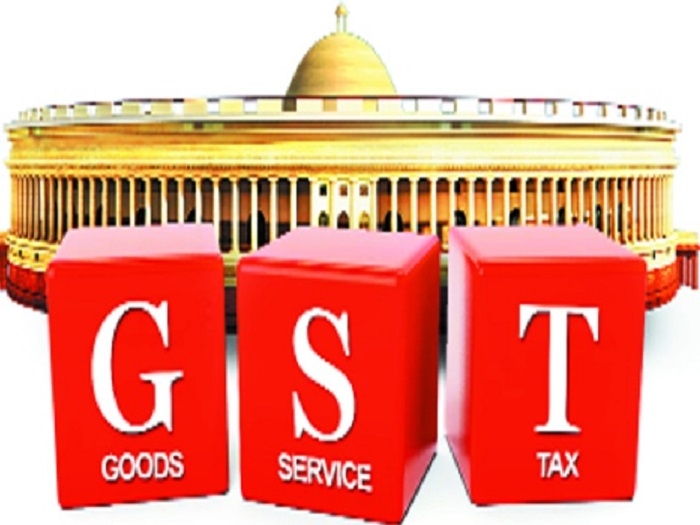 Seven decades ago, on the midnight of August14-15 India had a Tryst with the Destiny. Seventy years later, India readies itself for another similar historical moment. At the stroke of midnight tonight, India will enter into a new taxation regime transforming the nation in ‘One Country, One Market, One Tax.

The Goods and Services Tax (GST) that will be effective from the midnight tonight is expected to weave the country of 125 crore people and $2 trillion economy into one single market. GST is one of the most complex and ambitious tax reforms the Narendra Modi government intended to introduce in India, the biggest ever after political independence 70 years ago.

No government in the world has ever attempted such a largescale tax reform implementation. This is the style of Prime Minister Narendra Modi. Hence, the midnight moment is equally important and worth watching.

Such moments are rare when any nation makes such historic decision in spite of the difficulties in its implementation. Implementing GST is one such decision the Modi government has taken.

The special session of the Parliament is convened to celebrate this ‘tryst with destiny’ in presence of the President Pranab Mukherjee, Vice-President Hamid Ansari, Prime Minister Narendra Modi, his predecessors Dr Manmohan Singh and HD Devegowda, industrialist Ratan Tata, thespian Amitabh Bachchan, Singer Lata Mangeshkar, all the chief ministers and finance ministers of the states and members of parliament.

The hour-long midnight session is set to recall the hallowed memories of India’s political tryst with destiny of 1947.

A special gong will be sounded at the midnight to signify the arrival of the GST.

As noted economist and writer Gurucharan Das has said this is the most visionary moment in the history of Independent India where 29 states and seven union territories have on their own agreed to implement GST in the greater national interest.

This new indirect tax regime is expected to give a new shape to the growing Indian economy. This will also make the system easier and hassle-free for the businessmen and consumers alike.

It is ironical that the Congress party and its kitty of other opposition parties, have decided to boycott this auspicious moment. It was Congress that in fact, tried to bring in the GST but could not implement it because of a number of the political and economic compulsions. But the leadership has failed to display the magnanimity of heart and join the celebration to disseminate the message of Indian unity to the world outside.

Instead, the Congress leaders are busy raising objections on the program, playing their same old worn-out record of anti-BJP-ism and calling the event as ‘publicity gimmick’ of the Modi government. Justifying their decision to boycott the Congress cited a good number of reasons from killing of Dalits to selection of the venue.

Ghulam Nabi Azad, senior Congress leader and Rajya Sabha MP said: “There are two reasons…the ongoings in the country and the fact that functions held in the Central Hall in the past were related to India’s independence”.

It said that the midnight sittings were held in the Central Hall only thrice in the past – on Aug 15, 1947, in 1972 and in 1997 to commemorate the silver and golden jubilees of independence. The party held the view that GST launching does not warrant a celebration in the Central Hall and that by holding the ceremony there the Narendra Modi government was ‘insulting the very memory of India’s freedom struggle and the sacrifices associated with it”.

The Congress also raked up its oft repeated allegation of BJP’s non-participation in the freedom struggle. Said Azad: “Perhaps for the BJP 1947, 1972 and 1997 maybe of no relevance because they played no role in securing India’s freedom. So, perhaps they don’t give it much importance… But we give importance”.

Azad’s comrades in the party Mallikarjun Kharge, Anand Sharma, Jairam Ramesh, their compatriots in RJD, TMC, CPI, and CPM etc. have also decided to boycott the session on GST ignoring the sincere appeal made by the Finance Minister Arun Jaitley.

Describing this as a ‘Team India Event’ Jaitley said that the Congress had opted out of this event in its own wisdom. “I am sure they will repent besides paying a heavy price for it”, he added.

1978: Case made out for Modified Value Added Tax

1999: The then Finance Minister Yashwant Sinha appointed Asim Dasgupta to head the empowerment committee of finance ministers to build consensus on tax reforms.

2007: P Chidambaram announces GST roll out from 2010 April in his budget speech

2009-10: The terms of reference for the 13th finance commission broadened to include GST.

2013-14: UPA failed to get the bill passed. The GSTN, the backbone of the proposed new taxation structure was promoted on recommendation of the committee headed by Nandan Nilekani.

2014-15: Finance Minister Arun Jaitley introduced bill in Dec 2014. Lok Sabha approves it in 2015. Referred to the select committee in the Rajya Sabha.

2017: The government announces rolling out GST from July 1.