Intolerance thy name is Communism 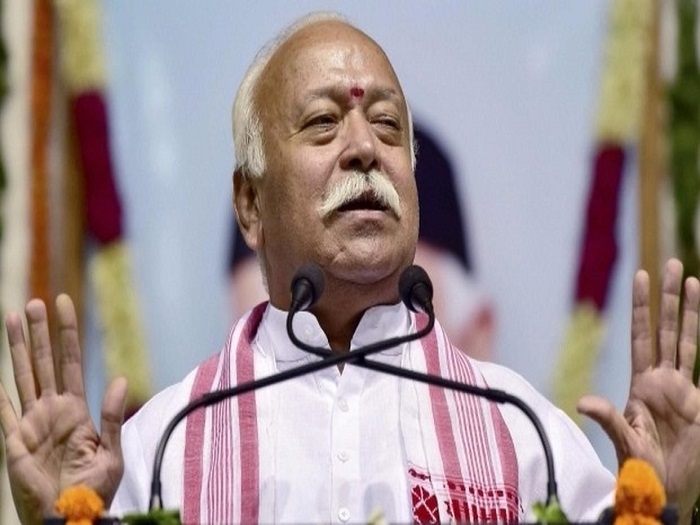 Yesterday I received a phone call from one of my journalist friends who work for an international news channel. He wanted to know about the flag hoisting controversy surrounding the RSS Chief Dr Mohanrao Bhagwat. Bhagwat was denied permission to hoist the flag in Kerala School but he defied the order and unfurled the flag. I asked him a simple question: “Whether Mohan Bhagwat is a citizen of India or not? And if he is, he is legally eligible for hoisting the national flag because the Supreme Court of India has permitted all the Indian citizens to unfurl the tricolour on Independence and Republic Day – the national festivals of India. Therefore, those who tried to prevent him from doing so were indulging in an act that can best be described as “anti-national”. They should be punished for this. And if, the officers were acting on the diktats of the state government, then that state government must be dismissed for preventing a law abiding citizen of India from unfurling the National Tricolour on Independence Day.”

This is most ridiculous and ironical that even after seven decades of independence we are wasting time and energy on such issues by simply refusing to rise above the party and ideological affiliations as “One Country, One People, and One Nation”. Instead we are trying to confine our identity to the most narrow and parochial circles. Mohan Bhagwat is not an ordinary man either. He heads the biggest organisation of Hindus which has influenced almost each and every sphere of our national and social life and has presence in almost 80 countries across the globe.

What message the Left Front Government of Kerala wanted to disseminate by preventing the RSS Chief from unfurling the national flag? The school in Palakkad in Kerala has invited Bhagwat as chief guest on Independence Day and therefore, it was most natural that he would hoist the tricolour. And he did, defying the preventing orders of the administration.


The Palakkad Collector in a communication advised the school authorities that only a teacher of the school or an elected public representative can hoist the national flag. Since Mohan Bhagwat did not belong to any political party, he was not authorised for this act. The RSS Chief was not the person to be bogged down by such orders. He hoisted the national tricolour as scheduled.


The social media was flooded with reactions mostly denouncing the Left Front Government for its quixotic order. The mainstream media (MSM) however, tried to raise a political controversy out of this incident and some vested interests even tried to derive political mileage out of this.

That apart, some major points need to be pondered over with regard to this incident. It was not simply a case of political rivalry and deriving a sadistic pleasure from this act. It most unfortunately focused on the practice of political untouchability often converted into political enmity between the various political parties adhering to varied ideologies. This is true in case of the Communists who never harboured an idea of survival of their opponents. The Congress learnt this trick from them and further nurtured the politics of untouchability post-independence.

The history of Communism is replete with incidents where the most powerful in the party had ruthlessly eliminated any challenge and threat on slightest of doubts. Starting from Trotsky who was Lenin’s most confident to noted writer Alexander Solzhenitsyn to most common Russian citizens who were despatched to rot in the snow-clad region of Siberia, and from the massacre of millions of Tibetans in the name of “Cultural Revolution” by Mao Ze Dong to latest death of a noble laureate Xi Xiaobo in China, there are ample examples to show the wicked psychological mind set of the Communists that forbids any opposition, however slightest that may be.

The latest attacks against the RSS-BJP activists in Kerala also exposed them. The brutality, bestiality and barbaric methods employed by the Communists in eliminating and terrorising the RSS-BJP activists pervaded all the limits of any civilized society. Finance Minister Arun Jaitley very rightly pointed to them saying that even the demons would be ashamed of the brutality the Communists inflicted on their opponents.

The RSS never crossed its democratic limits, never overstepped the constitution and never took the law in its hands in spite of the massive all India strength it possessed. It has always been at the receiving end ever since these attacks started in Kerala and elsewhere in India. Right from 1968 its workers were subjected to various types of attacks, most of them fatal, coming directly from the Communists who derived a sadistic pleasure in elimination of their opponents.

In spite of these adversaries the RSS started growing in Kerala and today it is the most strong, most adored and most liked socio-cultural organisation, not only in Kerala or other states of India, but it has earned accolades for its humanitarian approach and service attitude abroad also. The phenomenal growth of RSS in Kerala was naturally the most disturbing factor for the Communists.

However, the recent past saw the tables being turned on against them due to aggressive propaganda by the RSS against the attacks. The Left Front government in the state was to bear the brunt of the publicity blitzkrieg. Even the Central Government headed by Prime Minister Narendra Modi was under pressure to initiate action against the state government for its failure to put an end to these murderous conflicts.

The RSS came out with a statement criticizing the Left Front Government for its ‘brazen attempts’ by the CPI-M led government of Kerala to deny the basic citizen rights of celebrating Independence Day. RSS Prachar Pramukh Dr Manmohan Vaidya said in the statement that the RSS deplored the continuous attempts of the Communists to poison the state of Kerala with divisive politics.

It is most likely that the Left Front Government of Kerala must have thought that they could dilute the intensity of attack against them by preventing the very head of the organization that has launched a powerful tirade against the Communists and their bloody ideology. Another issue they tried to raise was the blocking of telecast of the speech by Tripura Chief Minister Manik Sarkar on the Independence Day. But that did not fetch the expected results.

Communists in India had a history and tendency of acting against the national interests. They were the first to side with the British against those revolutionaries and freedom fighters who sacrificed at the altar of the motherland. They even advocated truncating India into as many nations and then forming a confederation of those states on the lines of the then USSR. They were the first to welcome the Chinese aggression against India in 1962. They were the ones who shamelessly described Netaji Subhash Chandra Bose as ‘Dog of the Japanese’.

What more can we expect from such ‘anti-national’ Communists whose centre of inspiration lies outside India and who used to look either at the then USSR or People’s Republic of China? Mere condemnation of their ‘brazen acts’ will not suffice. The time has come to teach them the most befitting lesson and in a democracy people are the supreme judge. So, let us leave these intolerant Communists at the mercy of people of the “God’s Own Country”.