Enough is enough! Ladies, just ‘Kick’ with this ‘Electroshoe’

Hyderabad, September 19: When the land is no safe place for women, what we do? Tell girls to stay home, wear appropriate clothes…and the entire do’s and don’ts come like ‘the constitution book’, Right? Let us just get more realistic to face the ‘evil minds’ not by inhibiting the life of girls but rather by coming up to tackle the perverts in smart way. 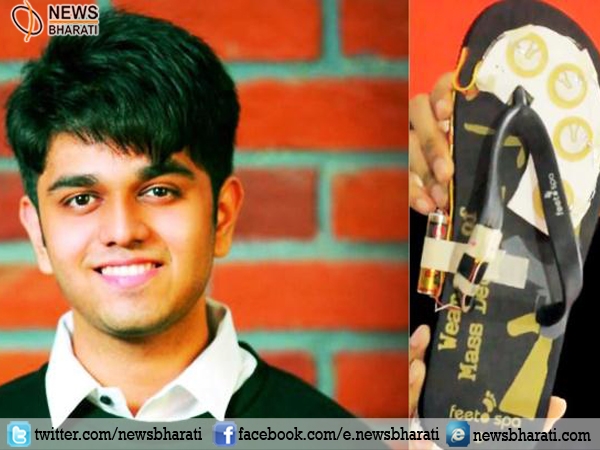 17-year-old Siddharth Mandala has designed ‘ElectroShoe’ that will help women protect themselves from rapists and sexual predators. Disturbed due to Nirbhaya’s rape incident, Siddharth Mandala designed this ‘Electroshoe’, when the shoe makes contact with an attacker’s body, the attacker will be electrocuted.

Siddharth Mandala said that “I was 12 years old when the Delhi rape incident took place. I remember my mom joining the march for the Nirbhaya. When the shoe makes contact with an attacker’s body, the attacker will be electrocuted.”

He also said that on average the ElectroShoe can produce 0.1 amp electricity which helps in electrocuting the perpetrators of crime, whenever someone tries to attack a woman she just need to kick him and it gives him strong electric shock and sends an alert message to nearby police station and family members. Further he said that “All a woman needs to do is ensure that the battery is sufficiently charged.” Siddharth has applied for a patent on the product and is working to make it more appealing in the market space.

The shoe was created using a unique circuit board that uses footsteps to charge itself with the help of a concept called the “piezoelectric effect”. The more the user walks, the more energy is generated and stored in a rechargeable battery.