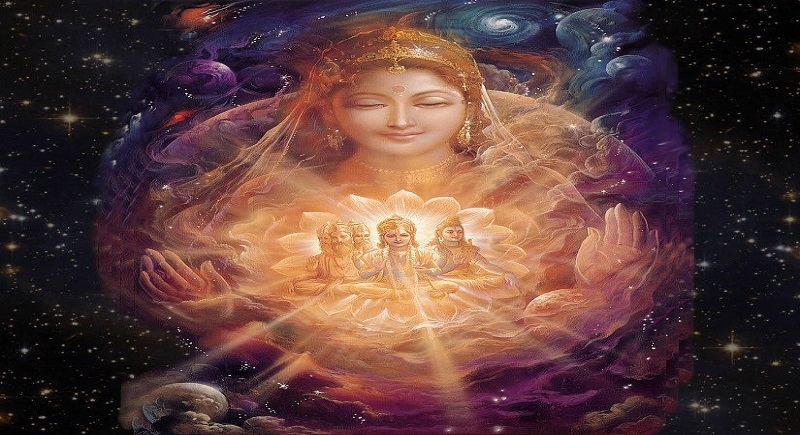 October is here, and we are all set to welcome Maa Durga for a few days. For many of us, Durga Puja is more of an excuse to eat, drink and be merry. We buy ourselves new clothes, move from pandal to pandal, and forget our exercise and diets for a few heavenly days. But is that all Durga Puja stands for? Are we aware of the philosophies behind this annual celebration? There is not one single philosophy, actually.

The word Durga is derived from the root word ‘Durg’ which means Fort. Just as a fort stands tall and mighty around low lying land and water and jungles, and protects the inmates from all kinds of dangers, we look upon Maa Durga as our “divine protector” from all evil. We feel safe and secure in her divine embrace and feel her all-pervasive energy around us and within us. Divinity has always been looked upon as something far removed from science, mundane logic, and facts. But modern science is only just beginning to realize that the energy of Maa Durga which we refer to as Shakti does have strong underpinnings in every aspect of our life, and is actually the governing philosophy behind many of the relational dynamics – visible and invisible.

Of course, the philosophy behind our worship of Maa Durga is not just an amalgamation of sundry religious rites. A rational scientist would find many similarities in facets of her story and our real life. For example, let us look at her weapons.

Trident or trishul: The three-headed sharp weapon is said to symbolize the three gunas human being is made of, i.e - tamas, rajas and sattva – this itself a very complex and vast subject to understand.

Discus or Sudarshan Chakra is Lord Vishnu's gift symbolizes the centre of creation.

Conch is the symbol of the primordial sound of “creation” - AUM.

Spear represents auspiciousness which is a gift of fire also symbolizes purity of power.

Sword symbolizes intellect and wisdom with the complete sense of responsibility and the understanding to discriminate right from wrong.

Bow and arrows are the combination of potential and kinetic powers symbolizes all segments of ENERGY.

Axe symbolizes the power of Vishwakarma, and has the power to create as well as destroy.

Snake symbolizes consciousness and the masculine energy of Shiva. 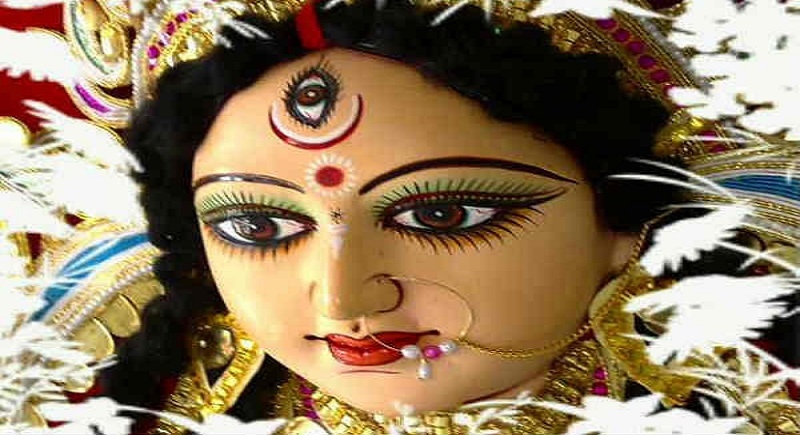 When you juxtapose this life-giving form of Maa Durga against the Trishul and sword-wielding warrior form of the Mother Goddess, she comes across as the Destroyer. The target of her weapons of destruction is the evil forces which she wishes to protect her children from. So the philosophy of Maa Durga encompasses all three incarnations in one form – The Destroyer, The Life Giver, and The Creator.

Yes, it is easy to look upon the fable of Maa Durga as a story we have created for our own consumption. But like the examples we have illustrated above, there are several ways in which the legend of Maa Durga finds reflection in our daily life and helps to underline some of the philosophies she represents. Let us examine a few of these.

According to mythological accounts, Ramba was an asura who pleased the fire God Agni with his devotion and got a boon that a son would be born to him who could not be killed by any God or man or animal. This son was named Mahishasura and he grew up to be a strong and powerful warrior. When he heard of the boon, it made him incredibly haughty and merciless, and he went around defeating all kind of men and demi-Gods and expanding his own kingdom.

This cold-blood massacre and destruction soon left Gods worried, and they went into a huddle to plan an effective counter to Mahishasura without tampering with the boon he had been granted. The solution came from the Gods themselves, who took advantage of the syntax of the boon. The boon had mentioned God, man, and animal, but had no mention of the “woman”.

So the Gods put together their powers and created Maa Durga, she who would fight for the forces of good and vanquish the evil. Armed with all the boons and weapons that the Gods could provide, Maa Durga took on the EVIL represented by Mahishasura. After a long and ferocious battle, she finally put an end to the cursed life of Mahishasura.

This story is a fable, but the philosophy it underlines is profoundly cerebral. Every force of evil in this world would be balanced by an equivalent force of good. Whenever the evil goes beyond a certain level, the forces of good come together to destroy the evil and restore the balance of this world.

Outside of the physical manifestations of our prayers and devotion for Maa Durga, she also embodies the spirit and the characteristics of a mother. Maa Durga is the divine force we look up to who can protect us from worldly ills in every kind of situation because she is “omnipresent” and all powerful. SHE embodies the perfect amalgamation of power and mercy which we see in Mothers everywhere.

As we see from these few examples, Maa Durga is considered an epitome of Shakti (ENERGY) that is GOOD which can triumph over EVIL. Yes, our scriptures pour out a rich vein of philosophical underpinnings on which to lead our lives well and gradually make an earnest effort for the self-realization and merge with the DIVINE GOOD. Ultimately, it is the Mother’s DIVINITY that encompasses the WHOLE COSMOS.