Many faces of changing warfare

Extraordinarily complex forms of warfare are responsible for the ongoing “mayhem” of mankind. India, like other nations, must be prepared to face the deluge of all forms of warfare to survive as a nation.

Cumulatively the transformations in the nature and character of warfare are mindboggling to a common man. Gone are the days of classical view of wars like conventional wars, situations short of wars, proxy wars by non-state actors actively abetted by States in collusion with local insurgents/militants and nuclear wars.

The new terms of warfare coined are “hybrid” or “political” warfare. India is experiencing the full blast of “Hybrid or Political warfare” waged by state and non-state actors who are employing a wide range of political, informational, military, and economic measures to influence, coerce, intimidate, or undermine India’s national interests.

Experts have identified and defined the characteristics of modern “Political Warfare” to include: Non-state actors’ threats; use of elements of national power; dominance of information arena; perceptions of success can be determinative; antidote to disinformation; heavy investment of intelligence resources; generate unintended consequences; use of economic leverage; exploit shared ethnic or religious bonds or other internal seams; warfare extends, rather than replaces, traditional conflict and can achieve effects at lower cost.

Already, the U.S., Russia and China are locked in fierce rivalry in the new forms of warfare, particularly space, cyber, AI and even trade wars. Due to breath-taking technology breakthroughs, “Space”, recognized as global domain, stands recognized as a war-fighting domain. Unheralded also is the recognition of “Underwater of Seas” as a war-fighting domain and a global domain.

As per data in public domain, there are over 1,886 active satellites in space. According to one recent report, a thousand small satellites were launched between 2012 and 2017 alone.

As per data available in June 2017, 42 Indian satellites are operational in orbit. Out of these 42 satellites, 15 satellites are used for communication, 4 for meteorological observations, 14 for earth observations, 7 for navigation and 2 for space science purposes. With the launch of “eye in the sky” Cartosat-2E satellite with surveillance capabilities in June 2017, the number of satellites being used by India for military purposes has gone up to 13.

Many countries have responded to this proliferation of space assets by developing anti-satellite weapons. Potential American adversaries have demonstrated their willingness to use such weapons. In 2007, China launched a missile that tracked and destroyed one of its own satellites— demonstration of growing capability to militarize space.

Russia pinged a Japanese satellite with a laser in a 2009, in a non-damaging test of its capabilities. Russia is reportedly designing an airborne laser to disrupt space-based system and developing missiles that can be launched from an aircraft mid-flight to destroy American satellites.

Next, Russia has already flexed its “Cyber Superpower” muscle. China’s continued rise as “Cyber Superpower” is also real and unstoppable. Let me cite one example of cyber war. In 2016, Russian hackers affiliated with military and intelligence agencies hacked computers belonging to the Democratic Party, released stolen emails, and carried out a propaganda campaign to favor Trump’s chances.

Also in 2017, Russian operatives unleashed the NotPetya ransom ware on the Ukrainian financial system, but the virulent worm spread around the world and caused billions of dollars in damage, shut down hospitals, and caused massive disruptions to global shipping and commerce.

With the U.S., Russia and China transforming space into a war fighting domain already, where does India to stand to deter and dissuade others from using their capabilities, particularly China, against our assets? Also extend their reach to conduct high decibel information war campaign to politically destabilize India internally.

India also should be concerned about shared threats to mankind in space to include proliferation of space debris that can cause catastrophic damage to satellites/ Space Stations. There are more than 29,000 known pieces of space junk larger than soft balls orbit the earth, along with another 750,000 larger than peas. Incidents such as China’s anti-satellite missile test, which created more than 30,000 pieces of debris, 3,000 of which are mow tracked, have only made the problem worse. According to scientists, runaway debris accumulation, known as Kessler Syndrome, could render orbital space unusable if left unchecked.

The effect of cosmic rays and coronal mass ejections among others that can damage satellites and disrupt terrestrial power grids must also be added to the list of challenges in space. The more earthbound systems depend on satellites, the greater the potential cost of such events. A Solar Storm of similar to magnitude to the Carrington Event, which wreaked havoc on telegraph systems across Europe and North America in 1859, could cause damages totalling in the trillions of dollars were it to occur today. Such an incident – scientists estimate a probability of up to 12% in the next decade – would cause a prolonged global crisis oblivious to national borders.

Recently, the U.S. has rolled out a new “National Cyber Strategy” which includes the use of offensive cyber-operations intended to penetrate foreign networks to deter hacks on U.S. systems. The new policy is aimed to “defend forward” U.S. networks by disrupting “malicious cyber activity at its source.”

Where does India – so called software power - stand to ensure space security both “Space and cyber security”? As usual far behind others as helpless bystander/mute spectator!

Yet another significant technology breakthrough is Artificial intelligence (AI). Artificial Intelligence is viewed as a game changer in the way of conduct of human affairs in all fields in times ahead. AI’s disruption presents a clear challenge. “Remote Control Wars” are already in vogue. And, China’s AI rise to superpower status is also real.

In the decades ahead, AI could transform warfare, creating disruptive new capabilities and changing the ways that militaries command, train, and deploy their forces. Those changes will shape the military balance among the world’s great powers.

What are the education policies formulated to enable the growth of AI in step with other nations in the field. Has the current political hierarchy recognized and charted the path to traverse to keep pace with other nations? Hardly there is any informed debate on AI even in the media. Yet another missed opportunity which will result in technology lag on past lines. 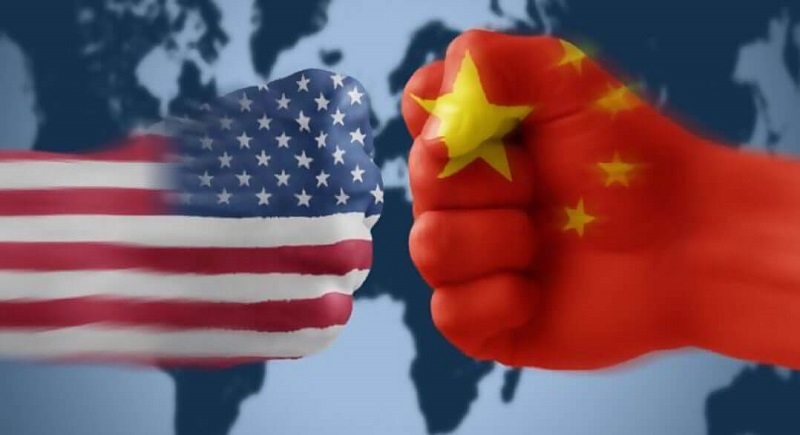 Next, “Trade War” between U.S. and China is the latest to breakout with chaotic and unpredictable outcomes. As per experts, neither country can avoid economically bruised in the trade war. Economists have also warned that the real fallout of the US-China trade war threatens to unsettle the global economy if the dangerous game of tit-for-tat persists. Add to it, the ongoing trade war spat between the U.S., Russia, Iran, NAFTA, EU and others.

Meanwhile, the U.S. has imposed sanctions on Iran resulting in likely soaring of oil prices upwards to $100 per barrel with adverse fallout on economies of developing and under developed world struggling to maintain economic stability. Cumulatively, in the first four months of the current fiscal (2018-19), India’s import of Iranian crude rose 44 per cent to 11.24 MT. Indian economy depending on more than 80% oil imports would be hurt adversely.

In sum, caught up in the vortex of vicious politics, hardly there is focus on such key issues either in the Parliament or in the media. Thus, preparedness to face numerous challenges arising out of various forms of warfare and seizing opportunities appear to be woeful. And, the talk of India as an emerging global power is a bogey.

Why apportion blame on either political leaders or the media alone? In retrospect, the blame squarely rests on the scientific community for utter failure to rise to the occasion and the PSU behemoths. Why are they not being exposed for their shortcomings despite allocating vast sums of tax-payers money? Surely, they should not be allowed to get away with their stock replies like “sanctions” regime stalling their design and development.