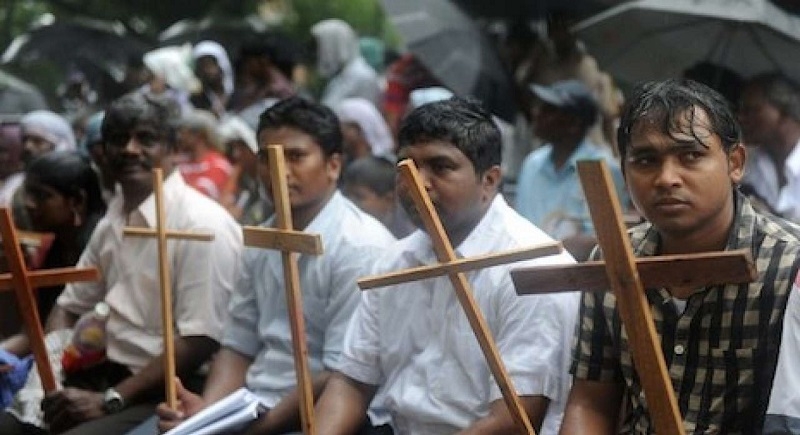 The Christians all over India observed November 11 as “Dalit Liberation Sunday” (DLS) with an avowed aim of bringing the Dalit Christians at par with the ‘Dalit Hindus’ in matters of economic and social equality.

The theme of the DLS was “As for Me and My Household, We will serve the Lord” (Joshua 24:15)”. It was taken on the occasion of the 10th anniversary of Kandhamal violence that occurred in 2008 following the gruesome murder of Swami Lakshmananda- a firebrand Hindu saint working in that area of Odisha.

The objective of observing the DLS was to give a clarion call to whole Christian community in India to renew “our faith and awaken our consciousness” to be the voice of the voiceless and to “stand with the vulnerable Dalits in the society, according to Fr D M Zackarias of Catholic Bishop’s Conference of India (CBCI).

His objection was that thought the Constitution has given freedom to profess and practice one’s religion, “our Dalit sisters and brothers are denied the Scheduled Castes rights just because they convert to Christianity, thus denying their religious freedom.

We must understand that the Church talks of developing the converted Dalits in a most clever manner. They are equated with the Hindu Dalits and then say that their problems are same having sprouted from the similar roots. This is true that these Dalits have converted to Christianity due to caste-based discrimination against which they revolted. But this is also a fact that after their conversion they did not have any truck with the Dalit Hindus. Their lifestyle, ways of worship, symbols and values of life were changed to the extent that their problems could not be seen on the same lines as that of Hindu Dalits.

The Catholic and Protestant Churches observed the ‘Dalit Liberation Sunday on November 11. The two prominent Church organizations in India – the Catholic Bishop’s Conference of India (CBCI) and the National Council of Churches in India (NCCI) are more worried these days about the future of the converted Dalits. Both these church organizations are associated with Vatican and World Council of Churches based in Geneva and work on their directives from time to time.

In December 2016 the Catholic Church has released a document called “Policy of Dalit Empowerment in the Catholic Church in India”. This report has accepted the existence of untouchability and discrimination against Dalits in the Church and it should be immediately redressed. On the other hand, the Dalit Christians were hopeful that after this report the Catholic and Protestant leadership will remove the discrimination and take steps to restore their honour and respect in the social milieu.

However, the Church reiterated its old demand of inclusion of Dalit Christians into the Scehduled Castes category using the opportunity of Dalit Liberation Sunday. There are around 60 percent Dalit Christians those who had converted from Hindu religion to Christianity. The Constitution has inducted a provision of reservation for Scheduled Castes after independence. But the Constitution does not support the idea of religion-based reservations. The Church leadership talks of Dalit empowerment and cleverly equates the Dalit Christians with their Hindu counterparts. The Church also argues that the problems of Hindu and Christian Dalits are same and have common roots. However, this is a fact that these Dalits had revolted against the age old discriminatory system of Hindu religion and embraced Christianity. But now hardly they have any similarities with their Hindu counterparts.

So much so that they changed their way of worship, life style and symbols and their problems could not be seen as the problems of the Hindu Dalits. The Christian Dalits today do not need the Scheduled Caste tag. What they need most is social security and opportunities of economic development. They should be given equal rights on Church resources and positions in the Church-run and managed institutions which they were never given till date. The Dalit Christians are living a life of neglect and insult in India’s largest Catholic Church organization. Same is the story with the Protestant Church.

Can the CBCI or NCCI say with confidence about the partnership of Dalit Christians in this vast Church Empire in India? How many of them are principals and teachers in Church-run schools? How many of them are given appointments as college teachers? How many are doctors in Christian hospitals? How many Dalits are positioned as directors of various social organizations managed and run by the Church on the financial assistance in crores received from foreign agencies?

A decade ago the St Stephen’s College in East Delhi had announced with much fanfare that they will provide 40 percent reservation to the Dalit Christians. Similarly, the Delhi Catholic Arch-diocese too declared 30 percent reservation to the Dalit. But the St Stephen’s College stopped this provision after a couple of years and the Catholic Arch-diocese did nothing after making an announcement.

A handful of clergy group has now established its monopoly on the entire Church Empire in India. According to the Karnataka High Court’s former judge Michael F Saldhana 1.3 percent clergy dominate the policy decisions of the church while 98.7 percent laity has no role to play. According to R L Francis, a Christian thinker and writer in the last six decades the church had sold properties worth millions of rupees and no one knows about the money that came from selling these properties! There are thousands of churches in India where the annual collection goes to RS 2.5 million per church. But there is no model of development of Dalit and poor Christians using this money. 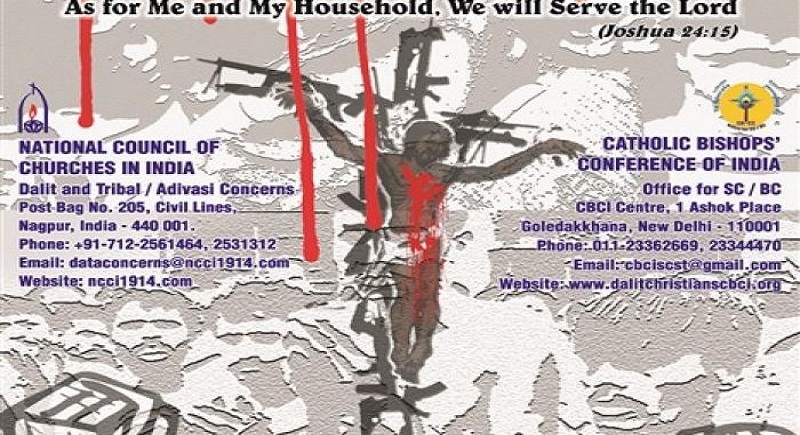 In 2002 the Poor Christians Liberation Movement (PCLM) had submitted a 10-point development plan for Dalit Christians before the CBCI and NCCI. The plan envisaged participation of Dalit Christians in Church institutes, stop on religious conversion, transparency in foreign contributions/donations, electing Bishops from the community instead of clearing their appointments from Vatican or Pope, and setting up of a board to manage the church properties etc. The Church leadership has buried this plan and proposal with their diplomatic moves. However, the PCLM activists are still working in the community spreading the message of awareness resulting in compelling the Catholic Church to raise the demands for the rights of Dalit Christians.

The Church in India – Catholic or Protestant – does not want to release its grip on church resources neither it is interested in putting aside the dominance of Vatican or other western countries. Instead of taking the responsibility of its followers and using these resources for their growth, the church is trying to leave them at the mercy of the government. In 2004 a petition was submitted to the Supreme Court to grant the Scehduled Caste status to the Dalit Christians. Demonstrations were also held in Delhi in its support. During the hearing on the petition the judges enquired to know whether the caste system existed in Christianity. Will the Church accept to this reality so that they can be listed as per SCs, the court wanted to know.

In this way, the Supreme Court has diverted this matter to the government of India. The Congress party in connivance with the CBCI and NCCI had exploited the Dalit Christians to the hilt. Although the Narasimha Rao government tried to show some lollypop to them the then President had summarily rejected the move. The Church leadership is obviously trying to favour their masters in Congress party to win the coming elections so that they can carry on their agenda uninterrupted. The BJP is against the religion-based reservations so that it cannot help the church organizations in this matter.

The Dalit Christians are today caught in the vortex of Church leadership which is difficult for them to break free of. Slowly, the Dalit Christians are realising the ground reality and how they were deceived. Sometime ago, a south Indian group of Dalit Christians had submitted a memorandum to the UN General Secretary Ban ki Moon alleging that the Catholic Church and Vatican are exploiting Dalit Christians. They are being discriminated against in the name of caste. They should be given equal rights in the church and if they cannot do so, the UN should abolish the special status of permanent observer to the Vatican.

Christianity is organised religion. After the government of India Church is the second such organization that has unlimited resources that can generate employment on the lines of the government, At present the church is running thousands of schools, colleges, hospitals, NGOs and other projects but hardly they prove beneficial to Dalit Christians. Most Dalit Christian organisations are appealing to the Church not to divide the Christians in the name of caste but find out ways for their growth and development on the basis of casteless society. This will benefit the economically weaker sections of the Christian community and facilitate implementation of the principle of diversity.