Chinese Debt Aggression of Africa: Is India the solution? 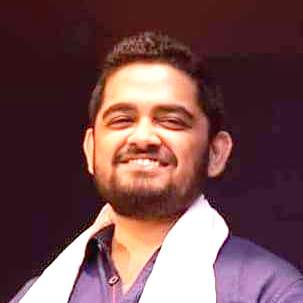 The Chinese method of influencing a country and its policy by means of providing large debts is now well known to the world. Many experts on Chinese foreign policy have termed this new type of subtle aggression as DEBT-TRAP. Chinese Debt-Trap has caused many countries their ability to execute sovereign foreign policies. From the early 1970 China had tried to export its communist revolution to the African continent. The continent had been for long ravaged by colonization, civil wars, feudal dictators and autocratic regimes, but Africa now needs to move forward to meet the pace of globalization and industrialization. An estimated $90 billion dollars is needed every year in Africa for at least the next two decades to bail itself out of the current infrastructural crisis. While addressing the core issues African nations need to be careful of not relying too much on a single nation to a point that their sovereignty is compromised at the hands of autocratic powers like China. With inception of the FORUM ON CHINA-AFRICA COOPERATION (FOCAC) in 2000 the graph of Afro-Chinese trade had grown vertically up to a point that now projections predict it to be around $220 billion dollars by 2020 while a mutual target was set to reach around $400 billion within this decade at a conference held in 2015 at Johannesburg. 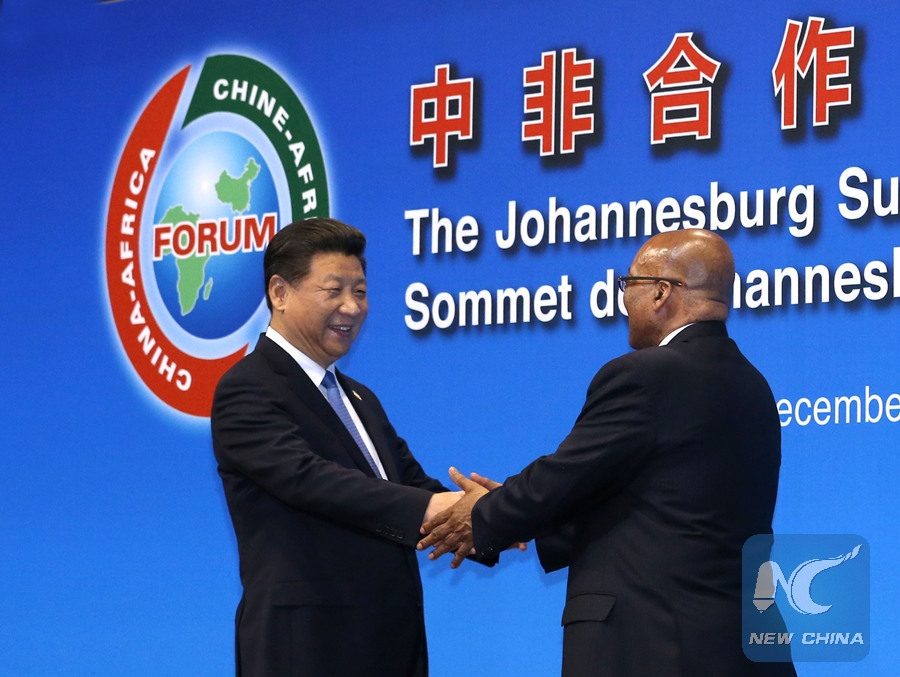 The China-Africa meet titled “CHINA-AFRICA PROGRESSING TOGETHER: WIN WIN COOPERATION FOR COMMON DEVELOPMENT” concluded with China announcing a $60 billion in financial Aid to Africa, out of which only $5 billion is in the form of interest-free loans and the rest in the form of credit facilities and other types of loan.

The Cloak & the Dagger:

For many African Nations the issue of rebuilding itself from scratch stands as the primordial challenge to be addressed first, but in doing so if they have to mortgage their inherent right to sovereign governance then their entire effort of rebuilding their respective nations will land them up into the claws of a new kind of Debt colonialism. Most of the infrastructural finance that China is providing is on behalf of their natural resources that China eyes on, especially copper, oil and other minerals that Africa is particularly rich in. Angola is one such example where China had heavily invested in its infrastructural projects ranging from railways to townships. Angola had recently emerged from its 30 years of civil war and to meet its infrastructural needs relies heavily on foreign aid. In a mutual understanding for its natural resources, China had promised one million affordable houses but the actual realization of this promise remains very poor. The houses that are affordable to the lower income group are often without basic amenities like water and sanitation and such insensitivities have given rise to resentments among the Angolan citizens. Whereas the projects financed by Beijing in Angola and everywhere else had seen the majority of Chinese labourers being deployed leading to deprivation of the local workforce and also the transfer of technologies. For every penny invested in the country, the ratio of Chinese and African labours employed remains vastly unequal and with the contracts mostly being awarded to Chinese state-owned firms the ultimate benefactor of these financial aids remains to be China itself, moreover infrastructural contracts financed by other donors like the world bank and African Development Bank also usually end up in the hands of Chinese construction firms given their capacity to influence governments in the highest level. Hence the cloak that china wears in the form of financial aids is often derived by the motive of extracting and exploiting vulnerabilities of developing African nations.

The United Front Department of China is actively involved in influencing and engaging policymakers, journalist, and politicians around the globe in a manner of infiltrating their ideological parameters. As a result of this propaganda arm of China, numerous countries have fallen prey and their decision-making abilities have been affected taking china a step closer to their goal of world dominance in the process. To understand this course of Chinese involvement in the politics of African countries, especially like South Sudan, Sierra Leone, Kenya, South Africa and Zimbabwe etc the need for deeper analysis arises.

South Sudan had recently secured its independence from the North and is till date the youngest country to come into existence. The SPLM or the Sudan people’s liberation movement transformed into a political party and took a key role in securing independence for South Sudan in 2011. The SPLM since independence had been seen drastically increasing its involvement with China, from providing financial aids to establishing a party to party involvement the CCP seems to have designed an all-round cooperation model to boost its relationship with the ruling party. In late December 2017, a delegation led by the senior party members of SPLM visited China to train with the CCP cadres. Such activities are aimed at influencing and engaging the political cluster to secure China's future strategic interests in the region. The CCP now instead of sending emissaries to African Countries have changed their strategy and have started bringing in thousands of African leaders, bureaucrats, students and business people to China. The Chinese regime has so far awarded scholarships to 4,100 students and officials of South Sudan since 2011.

China has started aggressively executing its plan to engage the next generation of leaders from Africa for which it has set itself a target of inviting and training around 1000 young African politicians. Between 2011 and 2015 alone it had hosted around 200 young leaders from all over Africa. Along with these

scholarships thousands of more African Nationals are pursuing undergraduate and graduate Programs across China with Beijing providing them with the necessary funding. It is clear from this fact that Beijing wants the future leaders of Africa to be more acclimatized to the Chinese Communist Party in a move to secure strategic partnerships for decades to come. Now if we look into the most developed country in the African continent I.e the Republic Of South Africa we will find that this issue of the Chinese communist party’s ideological interference is even more pertinent here. In South Africa, the African national congress or the ANC had been continuously ruling the Republic of South Africa post-apartheid and had been successful in securing 60% of the votes. The growing Chinese Communist party’s influence in the region has raised concern in the west as well. The ANC has recently decided to set up a political leadership school in Venterskroon a former mining town in the north-west province of South Africa. The political leadership school is inspired and financed by the Chinese communist party and is to be modelled on the lines of China’s very own political leadership school the “China executive leadership academy”. A recent delegation led by Tian Xugen the Chinese ambassador to South Africa visited the site where the CCP will fund $75 million to set up the ANC’s “Political School and Policy Institute”. The ANC’s decision to secure funding from a foreign nation has received sharp criticism in the home as well as From abroad and critics have expressed fear that such activities can inspire a one-party autocratic political atmosphere like China.

“The ANC courting China has concerned the west. In the worst case scenario, the Chinese money in significant amount and influence could tip the ANC in the wrong direction and potentially it could result in shifts in government policies.”

Many experts believe that China’s policy of establishing a party to party channel will give China strategical advantage then western powers. The arrangement is usually an exclusive one, only engaging party’s that are in power. No such arrangement for training African opposition political parties exists. In return for political donations and training, China secures friends, favours and influence in the highest level of the government. After South Sudan and South Africa what raised serious concerns among political pundits around the world was the direct partisan involvement of the Chinese communist party cadres in poll-bound Sierra Leone. 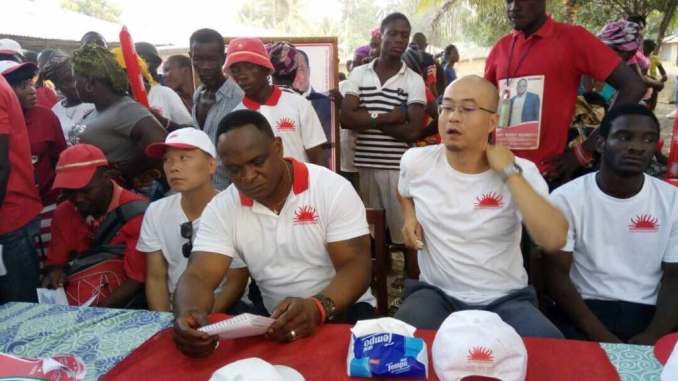 There are growing concerns that the ruling APC (All Peoples Congress) of Sierra Leone is executing a covert plan to convert the country into a communist state. The fears received fresh intimidations with the Chinese communist party donating a multi-million dollar friendship building to the APC. While large amounts of the sum and covert political influence that China is pumping to these African political parties may seem appealing but African political parties must understand and rectify their policies before they reach a state of repairable damage. The “fifth column” operating in these countries are further influencing and manipulating the masses into believing that an alternative of the communist regime can deliver a utopian society in their respective countries. Before African political parties delve into the uncharted waters of Maoist ideology a fact on the matter needs to be reviewed first. The fact that the communist party of China rules over a homogeneous nation that is mostly made up of Han Chinese ethnicity whereas every African country enjoys a rich diversity of multiple ethnicities. In such a scenario only a democratic system can satisfy the socio-political aspirations of a society and in the process of maintaining peace and tranquillity. Hence the world needs to look to India to usher into an age of harmony and world peace where issues of development can be addressed without falling prey to expansionist propaganda.

Is India the solution?

India being the largest democracy in the world had always pitched for world peace and sustainable development. In its thousands of year old history India has never invaded a country in any manner. While India’s partnership with Africa focuses on Africa’s need and India’s Strength China’s policy primarily remains in exploiting its natural resources.