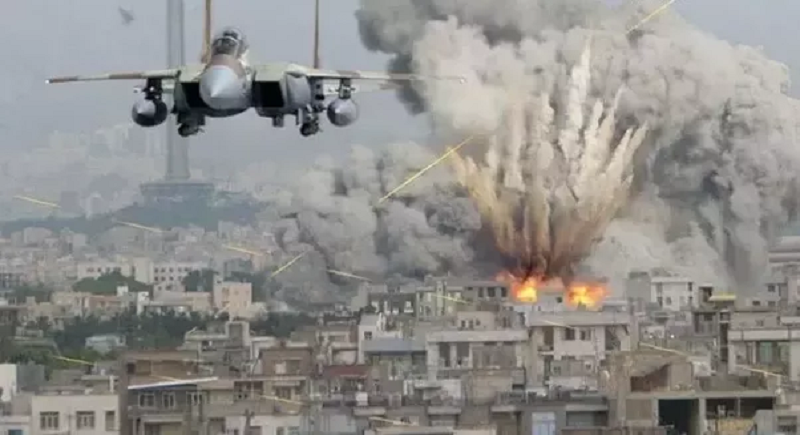 Bashar al-Assad’s regime has used chemical weapons, mainly chlorine, number of times since the American Missile Strike on the al-Shuayrat Air Base in Syria in April, 2017. However, the Chemical Weapon attack in Duma by Syria with Chlorine mixed with Nerve Gas, on 07 April, 2018 was the attack that drove US President Donald Trump to launch a military operation on 14 April,2018 in conjunction with Britain and France, to enforce his stated Red Lines. Two questions that arise in relation to the attack are: What has changed since the last attack? And what are the repercussions of the operation?

1) Apart from Operational Success, United States earned a clear Political Ascendency, by enforcement of American Red Lines with the help of Britain and France.

2) The Coalition focused solely on preventing the use of Chemical Weapons in Syria without change in the US policy toward Syria.

3) United States did not threaten Assad regime or growing Iranian presence or Russian dominance in Syria.

4) This attack by Coalition was not enough to address violations of the Rules of War by Assad including the use of Conventional Weapons, such as Massive Aerial Bombings/Barrel Bomb Attacks from Helicopters.

5) United States did not present a Plan to guarantee that the Targeted and Chemical Attacks on the part of Assad against civilians will not continue.

6) After seven years of war, which saw more than a half a million people killed and millions displaced/become refugees, Syrians deserves more committed international support than what this attack has given.

7) Donald Trump acted under Article 2 of American Constitution without obtaining approval of American Senate. Will it stand scrutiny of Law?

8) First a strong worded warning, then preparations of full scale invasion and only a notional attack as culmination of event may embolden North Korea to once again start defying US mandate in that region.

9) China also wants to be acknowledged as Super Power and did not utter a word during escalation of crisis. Russia is befriending Pakistan, wooing Arab countries and trying to reclaim her lost glory. Is it the beginning of new Tri Polar Super Power Race?

10) Tom Hawk and Storm Shadow Cruise Missiles were launched from Two B 1 Strategic Bombers of US, Four Tornados of France, Six Battle Ships of US and One Submarine of United Kingdom. The attack hit three Chemical Weapons Infrastructure Targets in Syria namely; Scientific Research Center in Barzeh near Damascus, along with Chemical Weapons Storage Facility and Command Post Bunker near Homs. Trump resorted to “A mix of Air and Sea launched Missiles and Stand Off sophisticated Air Strikes” to avoid any Soldier setting foot on Syrian soil, ship entering Syrian water or fighter plane violating Syrian Air Space.

Russian Forces in Syria had been warned in time about the attack through ‘Deconfliction Channels’. US Secretary of Defense General James Mattis stressed that “This was a One Time Shot, for Now." The attack demonstrated determination of US/Coalition to prevent the use of Chemical Weapons, which constitutes a violation of International Law as well it sent a Message of Deterrence to Assad: From Now on, Refrain from using Chemical Weapons against Civilians.

Syria claimed that their Air Defense System based on Russian S 125/200, Buk, Kwadrat and Osa Missiles had intercepted 71 missiles that were en route to the attack targets and that Potential Major Damage was avoided by adopting Defense Tactics. Russia and Iran immediately positioned themselves alongside Assad, denounced the Western aggression, and warned about the negative consequences.

The Targets of the Attack were based on their relevance to the Development, Manufacture, and Storage of Chemical War Material/Weapons which would destroy Chemical Attack Capabilities of Syria. Coalition Partners chose those weapons which would minimize the risk and refrained from attacking targets that were liable to jeopardize Russian/Iranian Forces deployed in Syria. Broader set of targets would have enhanced risk of Collateral Damage to Russian/Iranian Soldiers and Syrian civilians. The Seven Day Advance Warning prior to the attack enabled Assad to evacuate sites and contain the damage, beyond the damage to the buildings.

Prior to the attack, Russia’s Foreign Minister threatened “Dire Consequences” if there were American military intervention in Syria. The Russian Chief of Staff even warned that “If Russian forces are harmed, the Armed Forces of the Russian Federation will respond and take action to intercept the air and missile attack.” Consequent to Coalition Attack, Russia will increase assistance to the Assad Regime for taking control over territories still held by the rebels in Southern Syria. Russia will also prop up Syrian Air Defense by providing S 300/400 type Advanced Surface-to-Air Missile Systems. In addition, Russia will help them in seizing control over the Kurdish territory in North East Syria from Rebels of Syrian Democratic Forces. She will also help Syria by opening the Iranian overland route to the Mediterranean Sea.

Biggest advantage for Russia is strengthening of her strategic ties with Iran. For that, Russia will give additional weapons, mainly Advanced Air Defense Systems to Iran to thwart any air strike by US against Iranian Nuclear Weapons Sites. Only source of concern for Iran is the thought of Western solidarity when it crosses Red Lines relating to the use of Weapons of Mass Destruction and her Military Nuclear Program. Proposed early American Withdrawal from North East Syria will help Iranian Aim of establishment of Iran Iraq Syria Lebanon land bridge. 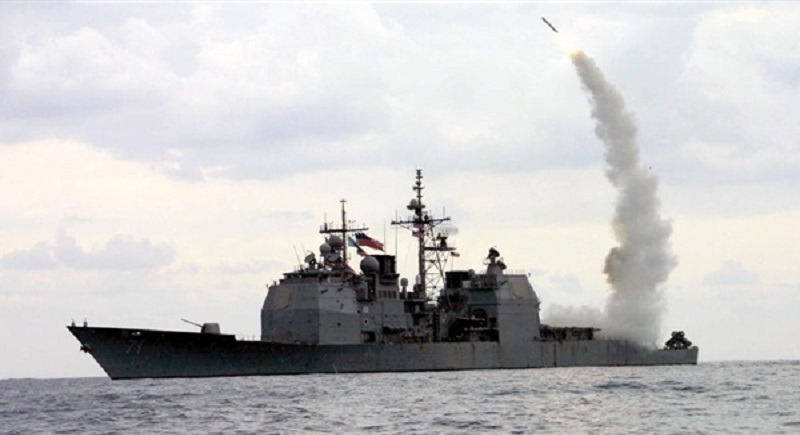 Russia thinks that Coalition Attack on Syria was for makings of a New Tri Polar World Order, setting rules and changing what is detrimental to US Policies. For America, it is critical to demonstrate attributes of Strategic Superiority and Use of Force to ensure that its superiority remains unrivaled when it comes to curbing Russian attempts to be better than her. Russia has less number of conventional arms, and is probably inferior to America in conventional warfare. But Russia has other means at its disposal with a potential willingness to use them if it's backed into a corner. Even without resorting to direct confrontation using nonconventional weapons, Russia can turn to cyber warfare to jam US Drones, throw Cruise Missiles off course and accomplish any number of disabling attacks.

Each party credits itself for de-escalation of present crisis in Syria. Russia thinks she has shown restraint to US provocation; Coalition is of the opinion that they knowingly launched a much smaller attack than their capability and will employ diplomatic from a strong position. Legally, the claim to enforce International Law on Chemical Weapons by violent means would return the world to the era before the advent of the UN Charter. The Charter allows States to use force in self-defence and for protection of populations threatened by extermination at the hands of their own government. The use of force for broader purposes of maintaining international security is subject to the requirement of a mandate from the UN Security Council. 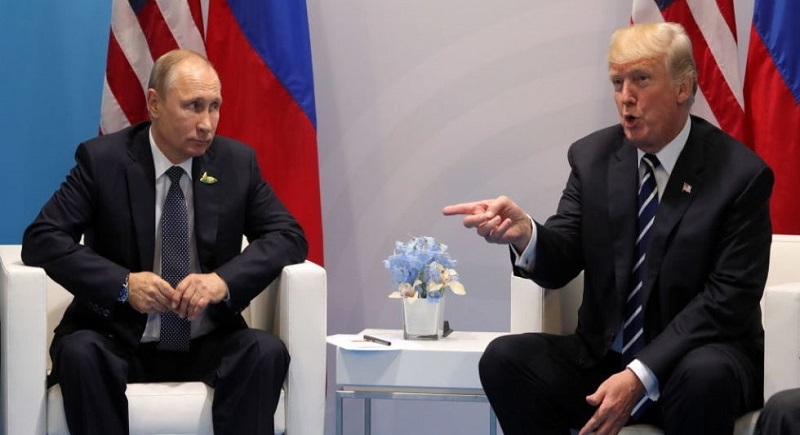 Coalition adventure does not seem to have produced any tangible result. Therefore, it is safe to assume that, Syrian stockpiles of Chemical Weapons and Chemical Weapons Manufacturing Capabilities were not totally eliminated. The attack did not address the violations of the Rules of War and the brutality of wide-scale attacks on civilians by Syrian Forces, including the use of conventional weapons, such as massive bombings from the air and barrel bomb attacks from helicopters.

Only effect this confrontation had was the turbulence in oil prices which have gone to a high of 73 dollars per barrel and are rising with each passing day. India imports only 12% of her Total Oil Requirement from Syria and will not be affected because of shortage of oil. Everybody is waiting with abated breath for Russia to initiate retaliatory action through her Arab friends. The small print news probably overlooked by most of us was sailing of Russian Naval Squadron comprising of six Battle Ships from Vladivostok for Khememin, in Syria. If Assad backed by rejunivated Russia blocks the sea route then it may result in escalation of oil prices to a unimaginable level. And this is what will hurt India MOST.