Virag Pachpore
Total Views |
The abbreviation ‘RSS’ is more in circulation than the full name of the organization called Rashtriya Swayamsevak Sangh, and the name of its founder Dr Keshav Baliram Hedgewar is the least known amongst the intellectuals and academic circles. However, this ignorance does not belittle the historic contribution he had made to the Hindu society and Hindu nation in the modern times. Not only this, Dr Hedgewar remains equally relevant today as he was 93 years ago. 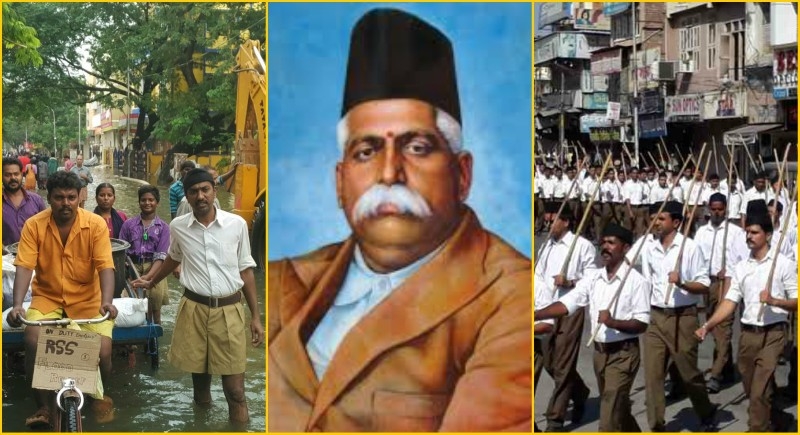 Dr Hedgewar was born in an orthodox Brahmin family on the pious occasion of ‘Varshpratipada’ the first day of Hindu calendar in 1889. Incidentally, that was the 1st Day of the English Month of April heralds the beginning of the new financial year. Thus his birth had a prophetic combination of the old and the new and as his personality developed and unfolded this became more and more evident. For example, his father, though a traditional Brahmin, put him in an English School commensurate with the changing social situation. At the same time, he introduced Keshav from the very childhood to the values of life, respect for the religion, culture and traditions and honour for symbols of faith. That is why when Keshavrao opted for Jungle Satyagraha in his youth, and when he saw some butchers carrying a helpless cow he came forward and saved that cow even risking his own life. Those who accompanied him tried to reason it out with him pleading that the butchers be allowed to take the cow along, but for Keshavrao that was not the case. He insisted that for him participating in the Jungle Satyagraha was as important as saving the life of this cow. And he won. Such was his resolve. Such was his respect for the symbols of faith.
Founding of RSS was his unique contribution to the Hindu society and Hindu nation. What was started with just a group of friends in a small room of his house 93 years ago has grown up into a huge banyan tree ever expanding and unfolding its various facets? The technique of daily shakha is the unique instrument for organizing the society which was seen as an impossible task then. People used to say “organizing Hindus is as difficult as weighing the frogs”, or “four Hindus would walk in the same direction when the fifth was on their shoulders” to justify how difficult and impossible was the task of organizing Hindus! But Dr Hedgewar did not give up. And within 15 years of founding the Sangh, he could take it to every province of the then India and when he addressed the swayamsevaks at Nagpur OTC on the last day he happily said, “I am seeing the mini form of Hindu Rashtra in front of me”.
Doctor Hedgewar’s concept of Hindutva and Hindu Rashtra was not parochial as it is painted by the secular politicians of all hues today. His was the most secular concept with Hindu society being answerable for the ups and downs in the history of this nation which essentially he perceived as Hindu Rashtra. But that did not mean the Sangh preached hatred towards the non-Hindus, mostly Muslims and Christians. In fact, Dr Hedgewar had many good friends from both the communities and on one occasion a Muslim member of the Council Mr Rahman had even defended the RSS against the government circular asking government servants to keep a distance from the RSS during the late 1930s.
The vision of Dr Hedgewar in serving the society, especially those from the neglected and downtrodden section has caught up well with the hundreds of thousands of swayamsevaks who had plunged into multi-faceted service activities to serve such sections of the society with an avowed aim to bring them at par with the other developed sections. The sheer number of such service activities called ‘Sevakaryas’ in RSS parlance has crossed 1.700 lakh today!

His vision of Hindutva is so magnanimous and large-hearted that it encompasses all those who believe in the traditions, culture and ethos and accepts Bharat as his motherland irrespective of his religious beliefs.
The situation today is akin to what was during the formative years of the RSS. Today also a number of vested interests are trying to break the Hindu society into various sections on the basis of castes, creed and languages. The secular and leftist elements and their cohorts in the media are busy to break and weaken the Hindu society at any cost. In such a crucial hour, Dr Hedgewar, his legacy and his philosophy becomes all the more relevant because that is the only way to unite the society, make it rise above the petty selfish motives and work for the greater, larger agenda of making Bharat a world leader as envisaged by Swami Vivekananda, Sister Nivedita, Rishi Aurobindo, and of course Dr Hedgewar. The RSS is the only answer to all the ills confronting the society today. There lies the relevance of Dr Hedgewar and his mission.
Dr Hedgewar RSS