Dr Shyama Prasad Mookherjee: He sacrificed his life to keep Kashmir with India 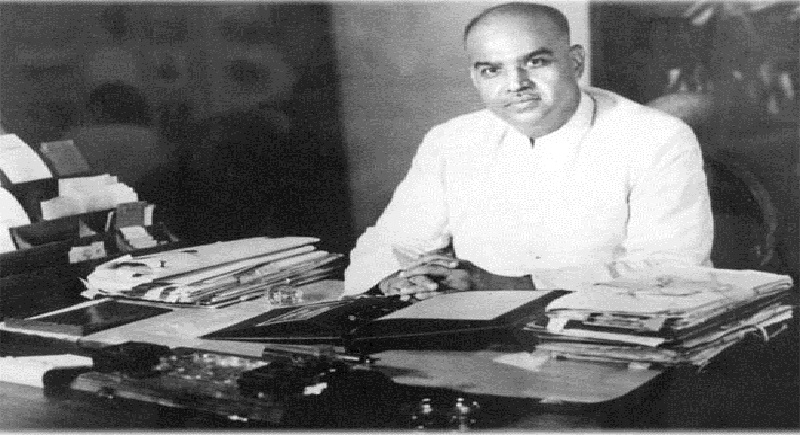 It is not just coincidence that Bharatiya Janata Party (BJP) President Amit Shah is on a visit to Jammu and Kashmir on June 23. The day is very special for the party as the martyrdom day of Dr Shyama Prasad Mookerjee, the first founder president of Bharatiya Jan Sangh, the earlier avatar of the present BJP. Mookerjee walked into Kashmir opposing the permit system and special status vide Article 370. He was arrested and incarcerated in Srinagar jail where he died in mysterious circumstances on July 23, 1953.

His mother Jogmaya Debi exclaimed on hearing the news of her son’s death, “Proudly do I feel that the loss of my son is a loss to Mother India!”

And she was right. At least the events that shaped the future of Kashmir proved her right.

During his tenure, he introduced a number of constructive reforms and was active in Asiatic Society of Calcutta as well as was a member of the Court and the Council of the Indian Institute of Science, Bangalore and Chairman of the Inter-University of Board.

Dr Mookerjee began his political career as a member of Congress in 1929 and contested an election to enter the Bengal Vidhan Parishad. But bowing to the Congress decision to boycott the Parishad he resigned. Later he contested as an independent and got elected. He was Finance Minister of Bengal during 1941-42.He started talking for the Hindus and joined the Hindu Mahasabha and became its President in 1944.

Shyamaq Prasad Mookerjee strongly opposed the communal politics of Mohammad Ali Jinnah and Muslim League. Jinnah was spearheading the movement for Pakistan then and even engaged in rabid communal politics. Dr Mookerjee was dead against the partition on the basis of religion. He believed that all Indians were one by language, culture and heritage. But he was forced to recognise the need for partition after the 1946-47 ‘Direct Action’ by the Muslim League rowdies and the terror unleashed by them against the Hindus.

After independence he was inducted into the first ‘national government’ headed by Pt Jawahar Lal Nehru as Industrt and Supply Minister. He carved a niche for himself as a Minister and as a member of the Constitution Committee. But his nationalist views became the main reason of his differences with the Congress leaders. And finally, in opposition to the Nehru-Liyaqat Ali pact of 1950, Mookerjee left the cabinet and the party for good on April 6, 1950.

After the assassination of Gandhiji, he wanted the Hindu Mahasabha not to be restricted to Hindus alone or work as apolitical body for the service of masses and broke away from it on this issue on November 23, 1948.

Dr Mookerjee was trying for a political alternative to the Congress and Hindu Mahasabha and after consultations with the then RSS Sarsanghchalak Sri M S Golwalkar ‘Guruji’ he decided to launch the Bharatiya Jan Sangh in 1951. Golwalkar deputed some of the RSS pracharaks like Pt Deen Dayal Upadhyay to work with him.

Way back in 1940 Dr Mookerjee had a meeting with RSS founder Dr K B Hedgewar when the latter was bed-ridden due to ill health in Nagpur. He came to discuss with him about the plight of Hindus in the country and seek help from the RSS.
The Jan Sangh contested the first general elections under his leadership and won three seats. But his with ability of taking along the smaller and regional parties in the parliament Dr Mookerjee could become the leader of united opposition in the parliament and eventually the only leader whom even Prime Minister Nehru could not face.

He had formed National Democratic Party within the Parliament which comprised 32 members of Lok Sabha and 10 of Members of Rajya Sabha, which however was not recognised by the speaker as an opposition party. Probably, that was the beginning of present day National Democratic Alliance (NDA).

Kashmir and Dr Mookerjee: Dr Mookerjee was opposed to granting special status to the state of Jammu and Kashmir vide Article 370 and agreeing to the demand of separate flag, constitution and Premier for the state. He termed this policy of Nehru Government as Balkanisation of India.

Bharatiya Jana Sangh along with Hindu Mahasabha and Ram Rajya Parishad launched a massive Satyagraha to get removed the pernicious provisions. Mookerjee went to visit Kashmir in 1953 and was arrested on 11th May while crossing border. He died in the most mysterious circumstances in Srinagar Jail on June 23, 1953.

A veteran politician, he was respected by his friends and foes alike for his knowledge and forthrightness. He outshined all other Ministers in the cabinet except perhaps Pandit Nehru by his erudition and culture. India lost a great son at a very early stage of Independence.

Today the happenings in Jammu and Kashmir prove how prophetic Dr Shyama Prasad Mookerjee was in opposing Article 370, separate flag and constitution and prime minister. His slogan "Ek Desh me Do Vidhan, Do Nishan, Do Pradhan  Nahi Chalenge, Nahi Chalenge" holds true even today. The seeds of separtism sown by the Nehruvian Congress have developed into cancerous growth that needs a major surgery. The nation is looking at BJP and Prime Minster Narendra Modi to accomplish that surgery and rid the 'Heaven on the Earth' from the cancer of separatism and militancy.
Dr Shyama Prasad Mookerjee Bharatiya Jan Sangh BJP RSS Kashmir