One Nation One Election: A Quixotic idea or practical suggestion? 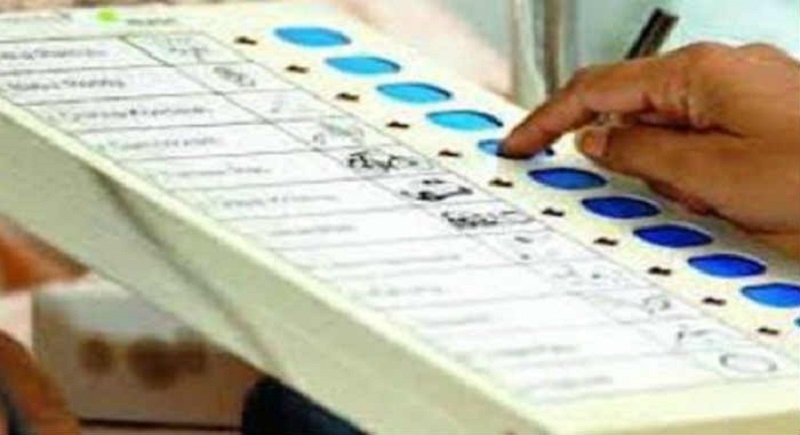 A couple of months ago former Chief Election Commissioner of India S Y Qureshi visited Nagpur to deliver the annual Maulana Parekh Memorial lecture at the Nagpur University. The talk of holding simultaneous elections to Lok Sabha and State Assemblies was in public domain then. So, I took the chance to talk to him on this issue and to know his opinion.

The meeting was arranged at Majid Parekh’s house over the lunch. When we started discussing this particular issue, Qureshi said it was good in principle but difficult to implement. The geography of the country, the size of the electorate and the limited manpower both for security purposes and for handling election process would be the major constraints the unanimity of political parties notwithstanding, he said.

I recalled this conservation as the issue is again tossed in the public domain. The lukewarm response to the Law Commission conference by the political parties has underlined the fact that most parties are not in favour of simultaneous polls while some others have supported the idea.

Narendra Modi had raised this issue first soon after he assumed the office of the Prime Minister. Since then he has been raising the issue on a number of platforms. The National Law Commission had convened the meeting of all the political parties to discuss this issue. Unfortunately, the response to this meeting was dismal.

Most regional parties opposed this move but for an unexpected support from TRS of Telangana and BJD of Odisha. Nitish Kumar of Bihar also supported this move. Some parties like the AIADMK said that they are ready to accept this but only after completion of their current term in the office. Surprisingly, two major parties, the BJP and the Congress preferred to remain quiet on the issue.

The first general elections were held in 1952 simultaneously to the Lok Sabha and Vidhan Sabhas and down to panchayat level. This continued till 1967 when the political supremacy of the Congress party was challenged by the Jan Sangh, Bharatiya Kranti Dal, Swatantra Party and Socialists together. The four major Hindi heartland states of Rajasthan, Madhya Pradesh, Uttar Pradesh and Bihar besides the states of Punjab, West Bengal, Odisha, Tamil Nadu and Kerala slipped out of the Congress hold. The Jan Sangh ruled Rajasthan and MP, while the Lok Dal took over UP and Bihar.

The Congress leadership was then in the hands of Indira Gandhi and she used all the instruments at her disposal to topple these non-Congress governments. The Congress also got very thin majority in the Lok Sabha and the country was reeling under various problems. The 1971 war with Pakistan and subsequent liberation of Bangladesh came to rescue of the Congress party with Indira Gandhi going in for snap polls in 1971. And she won with majority but had to face the trial in the Allahabad High Court for misusing the office to win the election. She lost and the court barred her from contesting elections for six years. She imposed emergency in 1975 which continued till 1977 when the Congress including Indira was routed in the elections.

The election cycle of the country got disturbed after the 1967 elections. Till then it was smoothly going on with elections to the Lok Sabha and Vidhan Sabhas being held simultaneously. As this cycle got disturbed the country constantly remained in the election mode either to the state assemblies, or by-elections or civic body polls and panchayat elections. This election mode prevalent in the country has resulted in loss of development, and badly reflected on the overall progress of the society. Besides, it led to differences based on caste, creed, language, sects, and gender etc. thus sharpening the divide in the society at the cost of unity, integrity and harmony and goodwill. These differences are bound to cast their evil shadow on the integrity and sovereignty of the country disturbing the peaceful atmosphere.

Holding simultaneous elections are in the interest of the country. That will save economic losses and benefit politically. The parties will save their time, energy and resources and the government can focus on development schemes.

The opposition parties have opposed this idea of “One Nation One Election”. Prime Minister Narendra Modi has once again pleaded strongly for this formula but the opposition parties are saying that this is “unconstitutional and impractical”. TMC, CPM, IUML and others have opposed this proposal including the AIADMK and the Goa Forward Party, considered to be closer to the BJP.

In fact, let there be a healthy debate over this idea of “One Nation One Election”. There is nothing wrong in having debate. After all the irregularity in election is am unwelcomed gift from the Congress party and its politics of toppling the governments of non-Congress parties disturbing the cycle of elections. Now we have every year or a couple of year election to this assembly or that. After the 90s, the General Elections and the state assembly elections have been completely separated thus keeping the country constantly in the election mode.

This state of being in an election mode constantly had affected the country in more than one ways. The political animosity that generates during the election campaigning has led to widen the gaps of caste, sections, sects, and languages and provinces. This in turn has affected the unity, integrity, harmony, goodwill and fraternity of the society. India is a vast country and our basic strength lies in our ‘Unity in Diversity’. But these elections have focused on these diversities and used them as tool to win the elections.

Holding separate elections also puts pressure on our exchequer. Expenditure on election process, movement of security personnel, and staff etc. cost more. The process of development too gets a back seat due to code of conduct implemented during the elections.

That is why holding simultaneous elections can save us from all this and focusing on development process will be easier for the government. From this point of view the BJP and Prime Minister Modi has placed this “One Nation One Election” proposal before the parties for consideration.

Proponents of “One Nation One Election” cite the following benefits: More governance, less disruption; Massive savings for the exchequer; No exhausting of resources for repeated polls; Better utilisation of security resources; Mitigating scope for dirty campaigns; Polarisation won't be a bi-annual affair and Boost in long-term productivity of both houses.

The Election Commission of India has expressed its readiness to hold simultaneous elections to Lok Sabha and Vidhan Sabha. But the decision will have to come from the Central Government. Actually, to hold the elections together, the assemblies of ten-plus states will have to be dissolved and for this the sanction of the parliament is necessary. But the government does not enjoy majority in the Upper House and that is why the government wants to strike a consensus on this issue.

The elections to almost nine states are due six months prior to the Lok Sabha and six months after. Some other 10-11 states have one to three years to elect new assemblies. And states like Tripura, J & K, and Karnataka etc. have full five-year term to enjoy. But the concept will save time, energy and resources of the parties and allow government to focus on the development projects.

Those opposing this proposal need to understand this dynamics of the concept in the interest of the nation and give up their politically-driven opposition to it. The media should also play a positive role by ensuing healthy debate on this issue. The process, if not possible and feasible by 2019 should see the light of the day in 2024 for, it seems to be the most practicable suggestion in the larger interest of the country.