Act to control instead of celebrating World Population Day 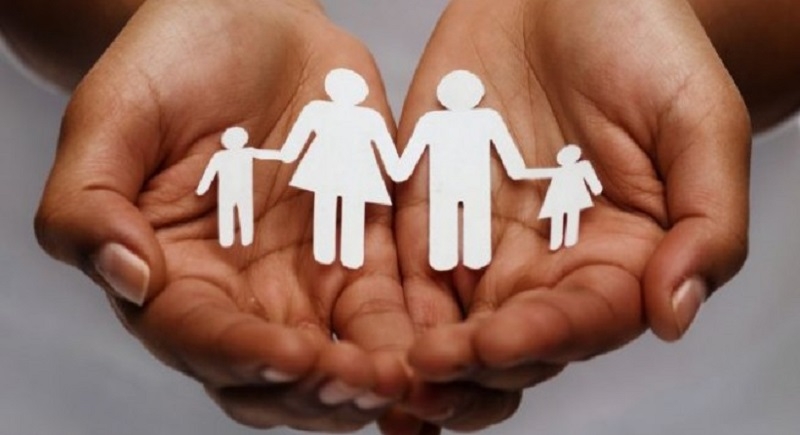 Instead of taking steps to address the key strategic issue of population continuing to grow at a fast pace, the government is celebrating World Population Day on 11 June 2018. It sounds paradoxical.

Let me reiterate that population “Deluge or Time Bomb” is India’s emerging horror prospect: “Mother of all strategic challenges and most heinous internal security threat concern to overcome.”

India is projected to surpass China by 2022 as the most populous nation.

However, the TFR trends of Bihar, Madhya Pradesh, Rajasthan and Uttar Pradesh are not encouraging. In particular, UP may reach 2.1 TFR only around 2100. Some experts believe that population stops growing only after about a generation of around 25 years after achieving TFR=2.1. In the case of Kerala, population is predicted to stop growing only around 2025 A.D.

What is the basis of assumptions of declining rates? Purely guess work. What about addition of “UNADJUSTED POPULATION” approximately 5% as per demographic experts? So, by 2051 A.D. one cannot rule out the prospect of population peaking at 2000 million (200 crores) representing 20% of global population tucked in barely 2 percent of earth’s surface area.

Next, India has more than 50% of its population below the age of 25 and more than 65% below the age of 35. In 2020, the average age of an Indian will be 29 years, compared to 37 for China and 48 for Japan. Thus, the coining of the term “youth dividend” provided high quality human resources development is ensured.

In reality, quantity-wise, India’s population is nearly four times larger than USA. But quality-wise, India’s HDI value (0.545%) is nearly two times lower than the USA (0.927%). And national product-wise, India lags behind. The fundamental issue to address is simple: “How to convert the challenge into an opportunity and exploit it?”

Yet another significant challenge is the rapid urbanisation which is unstoppable today. The flow may become a tidal wave if development processes do not lend hope to rural people. Human migrations are civilisation evolutionary processes. As per Myron Wiener, “migration flow, once begun, induces its own flow”. It sets in motion a chain-cycle reaction. People always shifted from more developed region to less developed region.

Enormous land overload and fatigue will be distinct prospect. Demands will multiply covering almost all sectors to include: food and drinking water; land reforms; house sites and houses; clothing; education; power; fuels; infrastructure; mineral resources; industries; and so on. After all, consumption levels have been improving due to improved quality of living. Food security, water security (both for drinking and irrigation), energy security, job security, health security challenges will unfold unforeseen crises.

The power of technology provides windows of challenges and opportunity to exploit. However, with the rapid development of Artificial Intelligence and Robotics, job opportunities could further recede. The real challenge is, therefore, reconciliation of expanding asymmetry between population, resources and technology.

National migration crisis, particularly in the North-East (NE), despite of inner line regulations, is real. People are migrating from both Bangladesh and Nepal, mostly Poor Quality Human Resources (PQHR) influx. The population trends in sensitive strate­gic states along our borders should be a major cause for concern. In reality, the average annual population growth rates in Assam since 1971 include: 35% in 1971: and 22% as per reports in 2000 AD. Indigenous groups will face identity crises.

Once across the borders, illegal migrants gain ready access to political patronage due to vote bank politics. Political parties in West Bengal and Assam vie with each other to provide illegal migrants with shelter, ration cards and enlistment in the voter’s list. The supine and gullible bureaucracy actively colludes in the perpetuation of the most heinous fraud on the nation. No respect for population control.

Its fallout is simple. Erstwhile majorities have already turned into minorities in sensitive border-states. And, the threat of identity crisis apprehended by indigenous people of hill tracts and Assam are real. If the illegal immigra­tions continue at the same pace, soon the Hindus will be a minority in Assam, West Bengal and even Bihar and New Delhi. Violence will be endemic.

Finally, there is growing apprehension that it has already paved the way for peaceful Islamic Crescent’s conquest of Assam and West Bengal. There are a large number of anti social elements and potential fifth columnists, who are infiltrating in the garb of immigrants. Until illegal migrations are halted, identity crises, communal violence, eradication of poverty and illiteracy may remain enigmas.

There are conflicting perspectives over ongoing demographic transitions. One, pessimists believe that it is an unmitigated disaster. They believe that India’s land bearing capacity is already over stretched that would promote total natural resources depletion. Municipal utilities and amenities are on the verge of collapse. Just distribution of wealth and social justice is a mirage.

Two, the opposing school of optimists view it otherwise. As per agro-economic experts, India has the potential to sustain the predicted growth. So, there is no need for undue concern and alarm. Food may sustain expected population explosion and generate economic stimulus, but they cannot alone upgrade quality of living standards on par with advances elsewhere.

Others place faith in human inventiveness and resourcefulness to bale India out. Technology is expected to provide economic stimulus. The “power of population” will fuel the “power of technology”. Just as Britain proved Malthusian prediction (1798) wrong due to immigration, agricultural and industrial revolutions, similarly the ongoing technology revolution and globalisation processes are expected to prove the pessimists wrong.

Paul Kennedy articulated the global challenge succinctly - “the greatest test for human society as it confronts the twenty-first century is how to use ‘the power of technology’ to meet the demands thrown up by ‘the power of population’, that is, how to find effective global solutions in order to free the poorer three-quarters of humankind from the growing Malthusian trap of malnutrition, starvation, resource depletion, unrest, migration, and armed conflicts – developments that will endanger the richer nations, if lesser directly. Economic change and technological developments, like wars or sporting tournaments, are not usually beneficial to all”.

Paul Kennedy’s prognostication is relevant to India. There is no alternative for Indian leadership but to expediently find solutions on all fronts – immigration and settlement policies; human resources development; and agricultural, industrial and technological revolutions.

Also, all those claiming to be champion advocates of “poverty alleviation” and enhanced “life-styles” are only ‘building castle in the air”. Next, as per the ‘First Advance Estimates of National Income, 2016-17’ released by the Central Statistics Office (CSO), India’s current GDP is US $2.439 trillion (nominal 2017). The per capita net national income during 2016-17 is “estimated to be Rs. 103,007” at current prices.

In the past, the “Hum Do, Hamare Do” (We two, we will have two only) approach failed to achieve desired end objectives. However, none can deny that it has reduced the net growth rate from over 3% in early 1960s to 1.2% now. Even operational measures like eradication of illiteracy, health, and food security and gender equality have failed to achieve “zero growth rate” objective. Despite of such fanfare, population, which increased at 18 million a year in 1990, has only reduced to 15.5 million in 1998 - reduction of 25 Lakhs per year only.

In contrast, bigger family size remains an economic and survival imperative for the poor. In poor families, children are bread earners. They work as labour in fields, industry and households in rural and urban areas. The poor will, therefore, continue to multiply at higher rates, particularly in rural areas.

Forging a national consensus on formulating a ‘credible/realistic’ population policy and strategy is an uphill challenge. Of course, the strategic choice to exercise is extremely narrow. “Two child” policy is redundant. Unacceptable it will be enactment of “one-child law for a period of at least 10 years,” which may be reviewed later.

The possible escape route may be to formulate a credible “Incentive and Disincentive” strategy and effectively enforce it. Otherwise, population control – hypothetical population at 1500 million (150 crores) by 2030 would be impossible. The State cannot squander away its resources on those individuals who do not care to promote national interests.

Surely, the State can enforce administrative measures uniformly so that people opt for population control. Individuals may enjoy the right to abide by their religious norms, but they cannot lay claims as a matter of right to extension of perks and privileges, such as reservations, scholarships, ration cards, house sites, loans, subsidies, LTC's, lands and so on.

Reservations in educational institutions and jobs are restricted to the first child only. Such measures are necessary to arrest the galloping population growth in our nation. If individuals want to uphold their religious sentiments over national interests, they cannot demand as their right privileges extended by the nation to law-abiding citizens.

In sum, the demographic transition – Deluge or Time Bomb or Volcano - is engulfing endlessly. It is breeding identity crises, poverty, illiteracy and PQHR's. Caste, communal and class conflicts are endlessly erupting. If one is controlled on one day another erupts next day. Violence has already inflicted untold tur­bulence in some States. Its virus is rapidly spreading to other States and other fields. A holistic and multi-pronged strategy – Strategy of Incentives and Disincentives - on the family planning, migration, and settlement and HRD fronts alone can convert an uphill challenge into an opportunity.