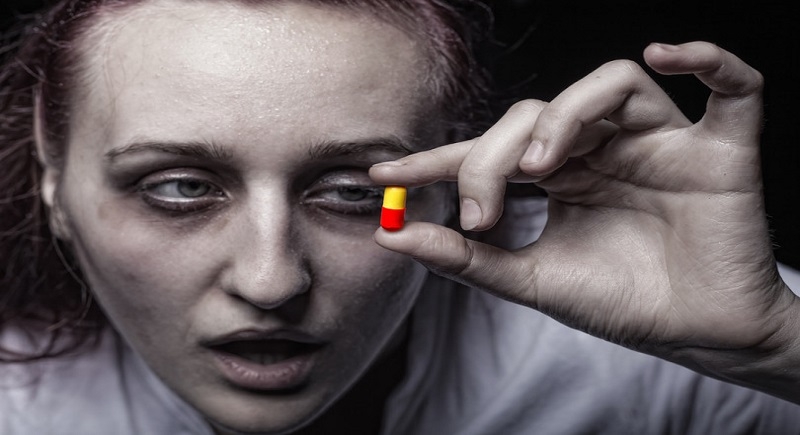 When the desire for a sense-object overwhelms, the logical mind becomes unsteady. This subsequently might force the “feet” to take wrong steps. Sometimes such wrong steps are brutally detrimental. While the high society is now joyfully groping in the darkness of materialism, some section of misled youths are longing for a “quick high” and so they are doping themselves with intoxicants.

Drugs with various combinations and names have penetrated so deeply into our society that the Government agencies and its police forces are practically caught between the devil and the deep sea. Well, with the cutting edge of technology at our command, the jaws of the menace have more teeth now, and thus it looks more ferocious.

About 20 million people in the USA are drug addicts and India is not far behind. Any unsuspecting corner could be the hotspot while the WhatsApp and mobile messengers are the faithful interface. They easily help pull off the dope deal anytime.

Here, I squarely blame a very flawed modern culture that advocates the personal freedom for the youngsters at an age who can’t even distinguish between good and bad, decent and indecent and nectar and poison. Not just that, in the thick delusion of the dope pleasure and its addiction, many have begun to see even the household members as their deadly enemies.

The other day I read in a certain newspaper that a father was beaten black and blue by his own son. The son, with his face masked, did this only to snatch away the money which the father was carrying after drawing the monthly salary. Just look at the degree of desperation that drives the addicted to act so abnormally and with such cruelty. Procuring the addictive stuff is their only goal, no matter how, no matter what.

There are countless mothers who have been constantly tormented by drug-dependent adolescent children. An increasing number of petty thefts, muggings, burglaries, lootings and a host of violent attacks, which often disrupt the peace in the society, have usually to do with those who felled victims to narcotics.

It’s reported that in a span of one year there is about 20% to 30% rise in the substance abuse in the country. A worried political leader, Sanbor Shullai in his informal meeting recently lamented thus -- “Unemployment is one of the main reasons for an upsurge in drug menace. The frustrated lot is quite prone to seek escape and take refuge in substances. I and many of my colleagues are very much disturbed by this development.” True, the saying -- ‘the devil makes work for idle hands’ should always make the government and the parents extra alert.

In this aspect what intensely upsets our police fraternity in India is NDPS act (Narcotic Drugs and Psychotropic Substances) that lets off the addict/seller with less than 5 grams of drug. This act is being heavily exploited to get the peddlers out of prison. Most of the hard-core peddlers, with the help of lawyers, peddle the stories of innocence too quickly and too easily. The addicted are caressed; hence a peddler pretend to be the one!

Yes, with the increase in the drug abuse and its adverse impact on society I would sincerely ask the law practitioners that why the ethics are just thrown to the wind and put the soul up for sale! Many worried parents and also police officers have accounted how certain lawyers cleverly use the loopholes in the NDPS act to save the cruel peddlers. Don’t the lawyers know it is the narcotic peddlers who usually entice our unsuspecting children with the doses of opium first and then pushes them into the pit of no-return? Do the lawyers have no grown-up children at home who might in a twist of fate be caught up by such peddlers and teach them this dangerous habit?

One of the police officers, who burnt the midnight oil in arresting a good number of peddlers in two months, rues --- “all those drug dealers were released on bails within no time. Many have again got into the same trade/habit. This fact alone discourages us to hunt around for the peddlers on a war footing. Besides, we also have to go through lengthy procedures and papers formalities before arresting any peddlers.” This is the ground really directly from the horse’s mouth. Why does the government not consider relieving the police of gathering the evidence and maintain the tedious paper work? For that let there be a separate cell with narcotic experts. The police job should end immediately with the arrest of the culprit. This way we can achieve a very good result, else, the society will be further afflicted with the scourge.

One of the concerned scholars from Mumbai says, “Parents these days feel happy about buying expensive mobiles for their children. Do they really care to know what other awful activities that their grown-up children are getting done through the devices? So far I know, the drug-related message is only one of the many vices.”

A secretary of a welfare organisation in Shillong, Deepak Wahlang, who have continuously asked me to write about the rise of drug menace, quips --“All should join hands to contain the menace. The parents should not be complacent after sending their children to college and tuition armed with cell phones.”

Indeed Mr. Wahlang is very correct that the parents must be extra watchful now than ever before. The vices now come and attack us in the “digital format” in various avatars for which we do not see any effective anti-vices being peddled by anyone.