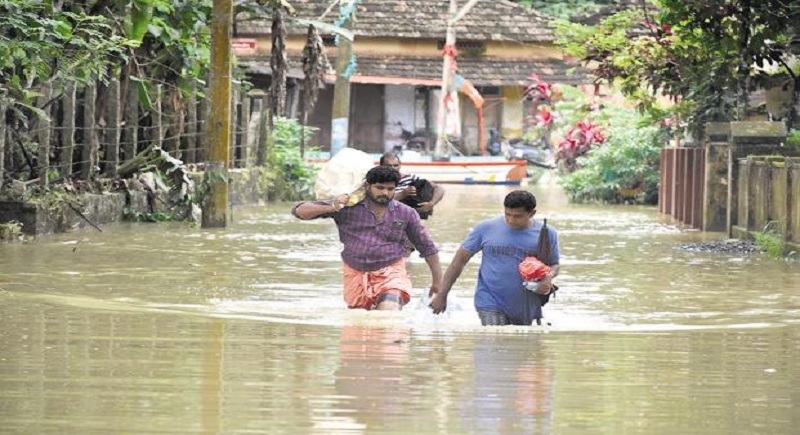 The Union Government’s relief aid to Kerala is mired in controversy, especially against the wide publicity to alleged United Arab Emirate (UAE) aid of Rs 700 cr as against the Rs 600 cr given as primary aid by the Union Government to flood-ravaged Kerala. With the hollowness in the claim about UAE’s aid, the criticism is directed against the Centre for providing so meagre an aid against the Kerala government’s requirement of Rs 2200 crore for rebuilding the state. But the real situation is different. Following table will explain:.

Data of Central aid given in the past:

The above data clearly reflects that the deaths and economic loss of Kerala floods are comparatively insignificant to Uttarkhand floods in 2013 or others since 2004.

It is quite common practice for the State Governments to project very high estimates of aid required on the outbreak of disaster with a view to get maximum allocation which is used for diverting aid funds to fill the coffers of power-wielders and power-brokers.

There is laid down procedure that is followed to provide Central Government aid in case of natural disasters.

A Central Team will visit to physically verify the extent of damage and destruction to finally recommend the financial aid to be given by the Central Govt.

Also, there is laid down procedure to receive all aid/assistance from International Organizations like the UN Disaster Agencies, Red Cross and others besides aid from foreign nations.

Surely, all such foreign funding cannot be allowed to fill the coffers of vested interest groups.

Thus, the raging political controversy and the cacophony on the visual media are primarily intended to cover up “poor governance” or failure to implement pro-active disaster mitigation measures.

Already the Kerala Government is blaming the neighbouring Tamil Nadu government for releasing the flood waters.

In sum, the controversy over Central and foreign agencies financial aid and the blame games on neighbouring state are just meant to divert the attention of people to cover up the ruling party failures.