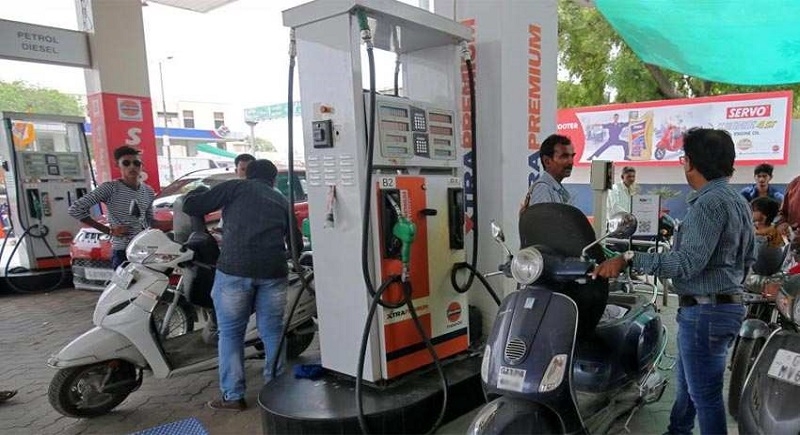 Modi and the BJP cannot any longer turn a ‘blind eye’ to the anger piling up among the “Aam Admi” at soaring oil prices, and its fallout in increasing all round inflation to include daily consumer articles.

If opposition parties exploit and capitalize on soaring oil and gas prices by organizing protests and rallies, no need to blame them. Prime Minister Modi and the BJP squarely must accept the responsibility and accountability for losing political credibility among voters.

Apportioning/attributing blame to increase in petrol and diesel prices to increase in crude oil international prices will and cannot convince ‘Aam Admi’ struggling to manage their households with subsistence earnings.

Modi assisted by Arun Jaitley and Piyush Goel must understand that “People can be fooled only for some time; but not all the time” for eternity. No longer can Modi and BJP dither on working out a solution with the Oil & Natural Gas Corporation (ONGC) and Oil India Ltd to announce a cut in diesel and petrol prices on one hand and the gas cylinder on the other hand, particularly commercial cylinders.

After all the data of international crude oil prices is readily available in public domain – US $.77.71 at the time of this article with 52-week high at US $.80.50 per barrel of nearly 159 litres.

• Basic Landing cost, Refinery Processing and other Operational cost with margins – For Petrol – Rs.2.62 per litre; and Diesel – Rs.5.91 per litre.

Excise duty, road cess and VAT are the real causes for high fuel prices. For example, excise duty and road cess charged by Central Government is Rs 19.48 / Litre on Petrol; and, Rs 15.33 / Lit on Diesel.

How can either the Central or State Governments justify such high rates of petrol and diesel being charged to the Aam Admi? Surely, the Aam Admi is justified in venting his anger. And, it will result in voter backlash at the polls.

In contrast, price is neighbouring Nepal and Bangladesh is lower. And, there is a thriving smuggling racket in place besides almost all alike astride their borders going to nearby petrol stations to fill their tanks and return.

For example, as per media reports in Sitamarhi on the border “there is another plot afoot: people are buying cheap petrol and diesel in Nepal and selling it in India. Sitamarhi is just 30-40 km away from the Nepal border.” Is the Central and State Governments blind to such murky happenings?

High time to stem the rot of soaring oil prices! Both the Central and State governments must work together to reduce the burden of soaring oil prices. Any prevarication and delay in reducing the prices is bound to result in voter backlash. Whatever credibility is remaining will be further lowered.

Next, both the Central government and the ONGC must promptly act to fix and freeze stable oil prices assured until 1 June 2019 irrespective of international crude oil fluctuations. The ONGC and Oil India Ltd must curb profligacy in the name of expansion – demanding more for capital expenditure.

The opposition party’s demand for bringing petroleum products under the Goods and Services Tax (GST) must be done without delay in a time bound manner – not delayed beyond one week; or postponed to the next meeting of GST Council.

Meanwhile, impose austerity measures to curb extravaganza by all governments including ban on visits/deputations/delegations to foreign nations what with Modi leading by setting example.

No alternative left for Modi and the BJP to first reduce and restore the price levels to pre April 2018 rates by reducing excise duty. Modi and the BJP must act decisively; or be prepared to face the ire of Aam Admi, who is no longer gullible to accept increase in international crude prices as the root cause for soaring domestic oil prices.