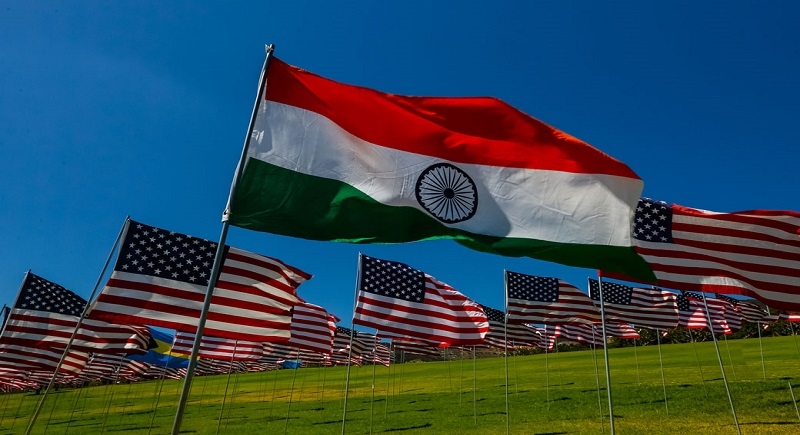 On scripted lines, Indian media is bound to raise expectations to the sky the first “2+2 Dialogue” United States (U.S.) and India engagement on September 6, 2018 in New Delhi between the heads of respective defense and foreign ministries of both nations.

None can deny that the engagement provides a historic opportunity to lay the foundations for not only balanced and upgraded bilateral defense relations but also economic and people’s centric relations that deliver mutual benefits and preserve a stable balance of power in the Indo-Pacific region reinforcing the QUAD (Quadrilateral Security Dialogue – China- centric security grouping of the four “like-minded” democracies).

It must be remembered that the 2 + 2 engagement is “successor” to the U.S.-India Strategic and Commercial Dialogue (S&CD) that met twice in 2015 and 2016, but failed to forge substantive breakthroughs. Other significant milestones in the past include: renewing and expanding our 10-year Defense Framework Agreement (2015); Signing the “Joint Strategic Vision for the Asia Pacific and Indian Ocean Region” (2015); launching a series of programs under the Defense Technology and Trade Initiative (DTTI) (2015); including Japan in the annual Malabar naval exercise (2015); completing the Logistics Exchange Memorandum of Agreement (2016); and lifting U.S. export controls on maritime surveillance drones (2017).

The most significant agreements under discussion may include: signing two other pending “enabling agreements”; expanding military exercises; concluding agreements related to our aircraft carrier and advanced jet engine working groups; pre-approving the export of additional advanced military technologies, and offer of F-16 D and even F-35 jet fighters to include transfer of technology.

Per se, such an agenda only partially addresses the real security strategic issues of concern affecting interests of both nations in all fields in the ongoing geo power flux.

Ipso facto, the global geo-strategic fault lines or battles lines are clearly drawn between the U.S. on one side and Russia and China with converging interests on the other side. All other powers like the European Union nations, Central Asian Republics (CAR), West Asian nations, South Asian nations, Far Eastern Powers like Japan, Taiwan, Australia and the ASEAN, African nations and Latin American nations are fringe players or spectators of the “great game” being played out by the “three” great/super powers in their own right. The denuclearization of North Korea and Iran is also a significant issue to resolve.

Russia, the Cold War Enemy, is undergoing fundamental internal transformations with Putin exercising decisive control despite U.S. sanctions responsible for domestic economic setbacks. Putin is also pursuing aggressive foreign policy objectives not only in Europe (Baltic’s, Caucuses and Crimea) but also in CAR, West Asia (Syria, Turkey, Iran and Iraq) and South Asia among others to undermine global influence of the U.S. Putin has seized the opportunity to consolidate his influence in Syria and courting the Taliban in Afghanistan and Pakistan to undermine regional influence in West Asia and South Asia. More importantly, Russia and China have increased bilateral cooperation to reduce U.S. influence in West Asia, CAR and the Asia-Pacific Theater. Not to be left out is Russian interference in the recent U.S. elections and its continuing fallout in the U.S.

Meanwhile, the China-U.S. trade war has broken out. Its fallout and their impact on others are quite uncertain. China is also aggressively asserting its control over the East and South China Seas besides making aggressive inroads into the CAR (OBOR/BRI) and through it to the EU nations, but also Iran and Afghanistan, Africa and Latin American nations. The collapse of ASEAN unity since 2012 has also significantly eroded ASEAN centrality in regional security architecture. Add to it, China has developed a ‘string’ of military bases and port leasing in the Indian Ocean, which are viewed as strategic challenge to national interests both by the U.S. and India. Be that as it may, Modi and Xi Jinping are making reconciliatory attempts to blend, bond and build bridges over the Himalayas.

Very briefly summed up, the current 2 + 2 engagement needs to be viewed in such a geo-power flux. The collapse of post-World War II security architecture based on the U.S. spearheading the “strategy of containment of communism on its door steps” through three key strategic military alliances – NATO, SEATO and CENTO, stands virtually abandoned. Next, let me also recount that during the Cold War decades, the U. S. viewed India as the second most hated nation after the Soviet Union.

In the aftermath of suffering “over extension security trap” in Vietnam War (until 1971), West Asian conflicts (1967, 1973, 1993, 2001 Wars), besides actively abetting Mujahedeen uprising in Afghanistan (1979-1990) and nearly 17-year old war in Afghanistan with no end in sight, the U.S., the sole super power in post-Cold War era, now under Trump administration, is a “RELUCTANT’ super power to ensure global security and peace.

Add to it, the dramatically altering situation in Afghanistan. Even after nearly 17-years war involving colossal human and financial costs, no end in sight for peace. The Afghan Taliban, as strong as ever, remains undefeated and controls large rural tracts including in the North. Even the ISIS is engaged in successful strikes. Nonetheless, the U.S. is bent upon downsizing its force levels in West Asia and Afghanistan with Russia reasserting its influence and prominence. China – rising super power – is also making forays to play a key role to protect its interests.

Perhaps, the U.S. has realized economic overstretch beyond sustaining capability is likely to exhaust its resources and leave it vulnerable to challenges from potential rivals. Trump’s grand strategy is, therefore, based on minimizing obligations to allies, treating everyone as a competitor, seeking trade advantages through bilateral negotiations and acting unilaterally in a zero-sum framework of international politics.

Thus, the shift and abandonment of “Europe First” by “America First” and “Sharing the Burden” approach.

No wonder, the U.S. has defined the U.S. Indo-Pacific strategy as an essential component of Indo-Pacific security architecture in its National Security Strategy document. Both nations recognize that the Indian Ocean is the next front line of world geopolitics and the emerging arena for a new “great game.” The U.S. hidden agenda is to exploit opportunities to seek a significant size of “India arms imports Cake” by forging strategic partnership with India in furtherance of its national interests.

India is caught in a strategic bind – strategic equi-distancing as a follow through of retaining strategic autonomy or strategic tango or alliance.

Ipso facto, India has people-centric, economic and foreign policy interests and objectives to secure and advance. Diplomatic shenanigans of the U.S. cannot fool their Indian counterparts.

The agenda for the “engagement” is quite obvious. The critical issues from India’s point of view include: U.S. waivers from sanctions against Russia and Iran in arms and oil purchases; and H1B Visas and trade war economic tariffs.

For India on the people’s front, the U.S. H1B visa restrictions are quite critical. The U.S. must facilitate its immigration policies to favor “STEM’ applicants with MS degrees of U.S. universities. Otherwise, it would also have an impact on India’s domestic politics. Furthermore, India cannot detach its historic Shia Islamic connect with Iran particularly when viewed from Pakistan and Afghanistan and domestic politics.

Also, the U.S. should not expect India to abandon the India's grip on Chabahar Port which provides the gateway to CAR nations and lose it to China. On the economic front, India is top oil importer from Iran after China at cheap prices. Although India has reduced oil imports by nearly 16% in June 2018, it still has a major stake. India cannot completely stop oil imports from Iran just as China cannot do so. Even the U.S. has imposed tariffs specifically targeting India. And, India has counteracted with U.S.-specific tariffs of its own. Finally, Russia continues to be a major weapons supplier to India and cannot renege its deal to procure a batch of S-400 missile systems from Russia – time tested alliance partner.

If the 2+2 engagement is to make significant breakthroughs, the U.S. needs to understand that India’s security interests lie both to its west and east. If the U.S. wants India to be a central pillar of its strategic vision for the Indo-Pacific, it must be consulted in the development of a U.S. strategy which reflects the interests of both partners. This requires a nuanced broadening from a predominantly East Asia focus, driven primarily by U.S. alliances and historical legacies or West Asia strategy, to a “whole of the Indo-Pacific approach” which draws on shared interests to achieve shared objectives. There is need for a holistic look at challenges faced not only by the U.S. but also by India in both the Indian and Pacific Oceans.

Unless the U.S. specifically address India’s interests and resolve its concerns in all fields, one cannot expect significant breakthroughs in its efforts to “engage, enlarge and expound” strategic cooperation to fulfill its vision of the “Free and Open Indo-Pacific.”

Thus, the 2+2 Dialogue on September 6 is, therefore, yet another crucial opportunity to put Indo-U.S. strategic relationship on a more positive track. As the more aggressive of the two, the onus is on the U.S. to offer a path by granting specific waivers on application of sanctions.

And, the ongoing China-U.S. trade war provides opportunities for the U.S. business community to seek India as a preferred destination for repositioning their assets. Significant fields include civilian nuclear energy partnership and “Make in India” opportunities for the modern military combat systems from assault rifles to high-tech fighters, nuclear submarines, missiles and so on. In retrospect, it open’s a ‘Ocean of Opportunities” in all fields for mutual benefit to include “Space and Cyber Warfare” technologies.

Considering Trump’s penchant to claim credit for significant breakthroughs in relations with other nations, the announcement and signing of agreements may be withheld to coincide with his likely visit to follow. Surely, Trump would like to hog the limelight.