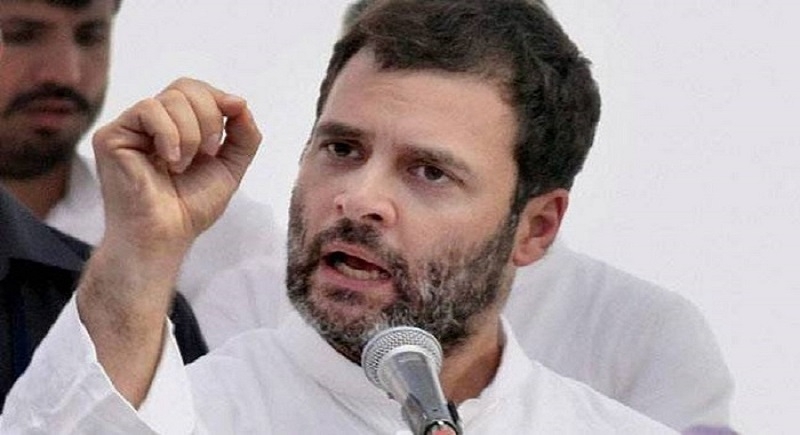 Not a single day in the last 5-months passed without RGs withering criticism branding Modi as “Chowkidar Chor Hai” based on warped logic or blatant lies oft-repeated!

Is the ruckus on visual media – rumour mongering, speculations, exaggerations and cacophony - a prelude to even costlier and more dangerous disruptive pre-2019 election crisis proliferation heralding chaos and anarchy?

Instead of fulfilling the dreams of 134 crore people, is the leadership in all fields hell bent upon paving the way for loss of hope resulting in disillusionment and demoralization?

Let me highlight the facts available in public domain pertaining to “High-Tech Add-ons”, weapons, maintenance for 5-years, spare engines and other items treated as classified (State Secret). They include:

· F3 R standard upgrade to sensors and to systems ensuring total interoperability and integration of equipment and weapons.

· Laser homing version of the Sagem AASM Air-to-Ground Modular Weapon 2 with GPS primary guidance and an additional booster unmatched to destroy targets at ranges of several tens of kilometers with metric precision.

Why those claiming to be investigative journalists through their contacts have not provided data of scales of high-tech weapons (Beyond Visual Range (BVR) and Within Visual Range (WVR) Missiles etc), Electronic Warfare suites, fuel drop tanks, spare engines etc., per fighter/squadron and given their approximate costs? How many combat sorties per day; and for how many days war – 10 or 14 day war?

Ironically, none of the so called investigative journalists have covered the list of “High-tech Add-ons” that are available transparently in public domain and there costs.

Going by the past precedents particularly during the Congress Party rule, all such details were classified under the highest security grading. So, it is grossly unfair for RG to demand transparency exposing the data submitted to the Supreme Court in sealed covers. After all, the Supreme Court is already satisfied with the briefing of senior air force officers.

Of course, the cost of procuring missiles is hard to come by available in the public domain. In 2013, the Luftwaffe – German Air Force - acquired 150 missiles at a cost of around $323 million, plus a further $175 million for integration, that is, total $498 million.

Be that as it may, semblance of confidentiality or secrecy needs to be maintained concerning details pertaining to costs and scales of authorization per fighter of “Add-ons”, engines, spares etc.

RGs oft-repeated political grandstanding on “Rafael Scam” is to somehow to sow seeds of confusion in their minds thereby tarnish the image of brand name “Modi” to reap electoral benefits. RG’s strategy of ‘hit and run’ oft reiterated lies may breed extreme scepticism even among neutral observers. Also, people are no more fools; they too can see through the vicious political games.

Ipso facto, RG and the Congress Party are frustrated by loss of power; so he is indulging in loud and reckless innuendoes with utter disregard to national security interests aided by his coterie. RGs poker-faced high-decibel monologues are based on warped logic; but not on facts.

Similarly, those regional satraps who have lost power and faced with anti-incumbency factor and set to lose power have also stepped up the rhetoric of adversarial campaigning.

Conjointly, the opposition has stepped up its demand for a joint parliamentary committee probe into the purchase of the 36 aircrafts during the debate in the Parliament and outside. RG demand for answers to 5 questions include: “The cost was changed from Rs 526 crore to Rs 1,600 crore. Why was the cost inflated? Did the Defence Ministry object to it? Who decided to increase the price of the jets? Was it PM Narendra Modi’s decision or the IAF’s?” asked the Congress President. Rahul Gandhi also accused PM Modi of helping Anil Ambani and Reliance with the Rafael deal.

On pricing, the Raksha Mantri (RM) highlighted that there was no formal price noting by the Congress of Rs. 526 crore as the (old) deal price in 2007. Furthermore, taking into consideration the escalation cost and exchange rate variation, the Congress Party negotiated base price works out to Rs.737 crores whereas the final negotiated cost is Rs.670 crores, that is, at least 9 percent lower.

Also, the price of a basic aircraft cannot be compared with the price of the battle-ready aircraft with all the weaponry (latest add-ons, 5-year maintenance and 75% availability guarantee).

Countering RG’s charge, RM stated that it was the Indian Air Force (IAF) which suggested that the government to buy two squadrons or 36 Rafael jets in fly-away condition instead of 18. 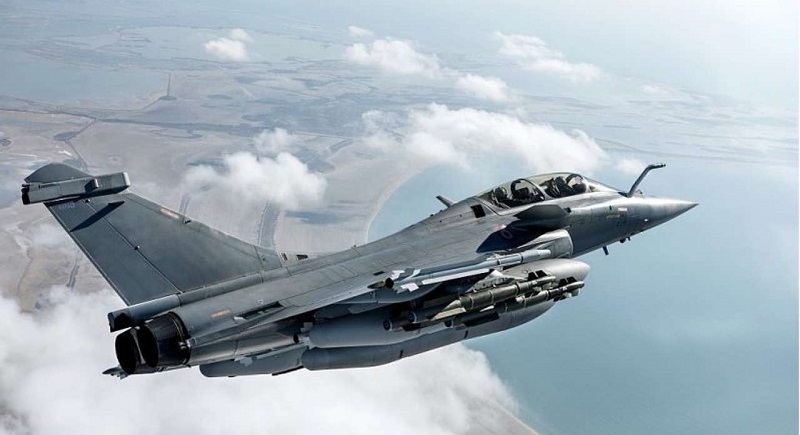 On Hindustan Aeronautics Limited (HAL) not getting the offset contract, Sitharaman alleged that the Congress was only shedding “crocodile tears” as it had done nothing while in power to increase the capacity and capability of the state-owned plane maker.

The RM also stated that contract worth Rs. One lakh crores are in the pipeline for the HAL. In contrast, the Congress government gave 53 waivers to HAL. On the following day, the RM gave the details of funds released and the projects in pipe-line for the HAL.

Also, the RM countered RG as to why they did not conclude the deal to buy the aircraft if they considered national security important to them in 2014.

Furthermore, the RM also cited the Supreme Court verdict that due process had been followed and that it would not go into the pricing issue -- effectively endorsing the government line.

Ironically, the ‘Deccan Chronicle’ headlined that the RM has revealed ‘critical data’ of “Orders in pipeline to the HAL” without even realizing that the data revealed is also available in public domain.

As regards the HAL, let them first deliver the pending orders of SU 30 MKIs and the fully indigenous TEJAS fighters (including Engines) in a time bound manner.

As per the latest media reports, RG is demanding the reinstated CBI Director to carry out the investigation into Rafael deal. In reality, the Supreme Court has reinstated Alok Verma as the CBI Director who will have the power to exercise “routine functions” — which would mean that he can take decisions regarding the important investigations being undertaken by the CBI.

However, the Supreme Court directed that the matter will now be examined by the Committee under Section 4A(1) of the Delhi Special Police Establishment (DSPE) Act, 1946 — comprising the Prime Minister, the Leader of Opposition and the Chief Justice of India — “at the earliest and, in any case, within a week from the date of this order.

Since the issue of divestment of power and authority of the CBI Director is still open for consideration by the Committee, Verma, upon reinstatement in his post, “will cease and desist from taking any major policy decisions till the decision of the Committee permitting such actions and decisions becomes available.

And, Alok Verma is retiring by 31 January 2019! So, what next? All Alok Verma can do is to reveal information/intelligence to further muddy the waters in the fond hope for rehabilitation/resettlement by the Congress Party post 2019 elections. (Alok Verma hasw since been removed from his post by the government on Thursday night - Editor).

If so, yet another controversy and political skulduggery is bound to be played out to further obfuscate realities and spread confusion to breed chaos and anarchy among gullible voters.

In sum, the political grandstanding concert of RG and his crony spokespersons, besides opposition leaders, may not ultimately yield electoral profits. In particular, RGs many faces to include dhoti-clad and Tilak face or Soft Hindutva, Islam Skull-cap etc. represent many diabolical faces to fool voters at all costs. If any, RG faces credibility crisis as “Prime Minister in Waiting” that may only backslide if he persists with his Rafael political grandstanding as the sole pre poll agenda and issue.