With 2019 elections round the corner, visual media in particular has launched itself into hype or sensationalism over electoral prospects of leaders and political parties based on “Pre Poll Surveys”. And, they are most biased or skewed based on paid or partisan leanings and political patronage. 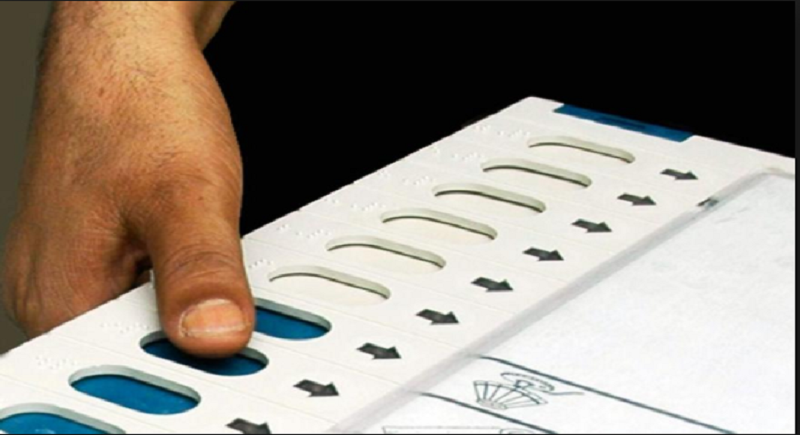 Instead of persisting with personality-centric debates and narratives contra national security interests, media should be in the forefront of informing/educating people on appropriateness of leadership ‘types’ to overcome the myriad of challenges/crises tormenting the nation and to seize opportunities available to ensure peace, progress and prosperity of its masses.

Stating the obvious, India is a pluralist country with extraordinary diversity and complexity varying from stone-age to technology age humans. So, the small size of the pre poll surveys need not necessarily provide an insight into voter’s final choice.

Even the geo politics – both internal and external - have a overbearing influence on what type of leaders are best suited to fill the coveted post. Everyone is aware that democracy is under assault globally; and, surge of authoritarian governments - right-wing demagogues - are gaining strength in western developed societies. In India, dynasts and neo-Maharajahs and rule by few wealthy elites have hijacked democracy based on divisive societal appeasement politics and populism. Also, inequality is growing disturbingly. Such developments have been cumulatively built-up and consolidated particularly over the past 52-years.

Media, claiming to be the Fourth Pillar, has a vital role to play to reverse such ugly trends. Ironic but true, the choice available is extremely limited based on media pre poll surveys. In contention for the Prime Minister’s post primarily includes the present incumbent Modi and his arch rival Rahul Ghandy. Even Manmohan Singh cannot be left out of consideration. Also, few other front runners or pretenders include: Deva Gowda; Sharad Pawar; Mamata; Mayawati; Chandrababu Naidu; and the latest entry Priyanka Wadra.

Perforce, strong leadership is an imperative; not vacillating, procrastinating and prevaricating leadership in pursuit of power and insatiating wealth for self and progeny for eternity.

Thus, it is binding on the media to first highlight the functions of political leaders and use them in their surveys to determine people’s choices.

Ipso facto, the key functions must include: 1) National Vision or Dream; 2) Source Person, Ideologue and Father Figure; 3) Review and Advance the Constitution through Reforms in political, social, administrative, judiciary, economy, security forces and technology; 4) Strategic Planning and Policy Formulation, Prescription and Implementation; 5) Promotion, Consolidation and Advancement of National Security Interests; 6) National Values; 7) Efficient Functioning of Institutions; 8) Social Mobilization Capacity and Harmony; 9) Represent the Constituency; 10) Controlling Internal Party Activities; 11) Official Spokesperson and Negotiator; 12) Rewards and Punishments; 13) and 14) Maintain Freedoms, Human Rights and Dignity. Add to it another key function in the globalized world of today, that is, represent the country in the international forums.

The list of functions may appear incomplete. Be that as it may, the function of review and replacement of archaic politico-socio-economic orders – systems, structures and processes must be given utmost significance. Similarly, it must also cover management of change or problems arising out of successes. In retrospect, they constitute the core for political leadership success.

So, it is an imperative for so called pre-poll survey experts to develop their questionnaire’s based on the above functions to seek and project people’s choices.

What is needed in a great leader are consistency, credibility, capability, competence, compassion and charisma which is vital to sway people’s emotions and sentiments for social mobilization on key issues.

Furthermore, a streak of ruthlessness is an essential attribute of a strong leader besides ability to build a cohesive team to guide and advise on policies and to execute them. Bismarck stated “Great leaders can only steer the course of nations on an even keel” particularly in today India’s context and content of manufactured irreconcilable divergent views and postures.

Surely, congenital liars or opportunistic ‘turncoats’ can never steer the course of the nation on an even keel. After all, modern India is being tossed around like “a rudderless ship” caught in a violent tempest on high sea of democracy.

So, time is ripe for the media houses, if they are truly and really interested in the future security of society and nation, to raise above ‘headless chicken’ coverage and educate voters by evaluating rival leaders performances based on various functions of political leadership.

Also, media must cover in broad outline categories of leadership styles: Autocratic or Authoritarian; Democratic or Participative leadership; Laissez-faire or Free-rein leadership; and Paternalistic leadership. There were also tyrants.

What are the realities in today’s modern India? It must be accepted that the messy democracy over the past 72 years has bred many negative political leadership types to include: Dynasties - leaders born made; “extra constitutional (back seat drivers)”; “leaders imposed from the top – Caucus or Coterie or back room lobby”; the “Mafia”; and so on. In the past, the likes of Dhirendra Brahmachari and Chandra swami represented the “Back Room Lobby”. Of course, Sonia Ghandy represents “extra constitutional” during the UPA rule. Bal Thackeray represented the “extra constitutional”. Nowadays, entrepreneurial or high-tech leadership is making an aggressive bid to replace others.

Nehru was highly idealistic and a mix authoritarian-cum-paternalistic leader. His socialistic obsession has resulted in many PSU white elephants and bludgeoning bureaucracy. Indira Ghandy was highly autocratic before and after emergency virtually bordering on tyrannical (during emergency). “Sanjay Ghandy Caucus” was almost bordered on fascist credentials. In contrast, Rajiv Ghandy functioned on “Laissez-faire or Free-rein leadership” norms.

Now, Modi is the frontline challenger to the firmly entrenched “Dynasts” and Neo-Maharajahs. He is under the media scanner viewed as authoritarian-autocratic. Rahul Ghandy (RG) is the principal rival to Modi. And, the voters are left with no other alternative but to choose among them.

Since the challenge as scripted by the media nowadays is between Modi and RG, their suitability is reviewed very briefly from leadership functions.

RGs primary claim to the post is a “dynast” – a born leader with golden spoon to rule by birth. Classically viewed, RG is imposed from the “Top” surrounded by gerontocratic crony’s and sycophants. “High Command” signifies the authoritarian-cum-autocratic leadership style. Internal democracy is most farcical. His performance can be best summed up as a mix of operator-cum-compromiser-cum- parrot-cum- wind bag (Blaah, Blaah..). RG, perhaps, excels in Hastinapur’s vintage politics of political intrigue, treachery and corruption! Most importantly, RG has NO ‘governance experience’ or VISION.

Importantly, RG may not stand as equal in stature before experienced global leaders like Xi Jinping of China, Putin of Russia, Trump of USA and many other tall leaders.

Even on the domestic scene, RG may treated as one among the many contenders for the top post. Also, he will have to make compromises at every step if he has to lead a “hotchpotch’ multi-party coalition what with each one aggressively seeking major stakes at every step.

In contrast, Modi is a “Bottom up” leader pursuing a VISION; but also drubbed as authoritarian-autocrat type of leader dubbed as “dictatorial’ by his rivals. Modi has charisma and can connect with his audiences and sway their emotions and opinions. Has proven experience as the Chief Minister of Gujarat. His performance as the Prime Minister is contentious for his arbitrary decision making style particularly demonetization. Modi has established his leadership credentials on the global stage on par with other tall leaders. His silence or absence from Lok Sabha on critical issues like Rafale has attracted scathing criticism from opposition parties. Personally, none can label him as corrupt; but people accuse him for crony capitalism.

All others in contention for the top post can be easily drubbed as mere pretenders. Importantly, regional satraps may have excelled in their backyards; but most of them are “Dynasts” in being or making. None can lay claims to be champions of honesty, integrity and honor. Almost all alike have amassed wealth disproportionate to their inheritances by corrupt means. Heading minority stake in the Lok Sabha, they will be compelled to toe and compromise at every step of decision making due to intrigue and back-stabbing.

How can one expect modern India to progress under such monotonous persistence with the archaic Constitution coined for a civilization just emerged out of colonial yoke with over 80% illiterate people?

Although they swear by the Constitution while taking oath, they work consistently at cross-purposes what with least concern for national security or society’s interests. Instead of promoting human rights, dignity, unity and security, they excel in creating crises and violence proliferation.

Social mobilisation necessary to consolidate social integration or unity is their least concern due to vote-bank politics. Similarly, least concern for effective and efficient functioning of all institutions. Excessive interference or manipulation to their personal or partisan advantage is the norm.

Ironic but true it is, leaders flaunt symbols to demonstrate power in the garb of personal security. Leadership penchant for personal security is enormous: fortress type houses, gunmen, bulletproof screens and AC cars and cellular phones – COWARDICE at best/worst.

Consequently, leaders are distancing themselves from people whom they are supposed to represent and serve in a democracy. They are only reliving the past monarchical heritage. Factually, dictators like Hitler, Mussolini and Stalin pale into insignificance when compared to Indian leaders.

The sole end objective of today’s leaders is merely to win elections by hook or crook, constituting “shouting or fighting brigades” either in parliamentary or assembly or media forums and manipulating power somehow to consolidate partisan interests.

After getting elected, they do not rise above narrow sectarian parochial partisan caste or communal or class loyalties and indulge in promoting cronyism. Gaining public trust by exhibiting moral authority based on equanimity is an anathema. They fail to diagnose situations accurately, review and reformulate visions, formulate credible policy responses and demonstrate commitment for the general welfare and security of society and the nation.

To sum up, India remains perpetually struck at the cross-roads. People alone can bale out India to move on the right path of peace, growth, development. Voters must make the right choice between “pro-reformists” and “status quo ante” vested interests. Otherwise, political paralysis is bound to stall modern India at the cross-roads even in future. And, it suits our adversaries – both external and internal waiting to seize opportunities to dismember and disintegrate modern India.

Ironically, even the “pro-reformists” are caught in a bind unable to take bold decisions due to Rajya Sabha minority status. So, reforms in all fields - political, social, economy, technology and security forces - are on ‘Hold”.

Wake-up voter’s of India – never too late than never! In democracy, “Yatha Praja; Thata Raja”. People will get what they want – stability and security or paralysis and emerging doomsday scenario.