Post UNGA, can Imran Khan fly with his clipped wings?

Dr. Simrit Kahlon
“The Modi-led Bharatiya Janata Party is bent upon turning India into a Hindu state and taking on any enemy in line with the fables of the Mahabharata. We need to watch out for this thinly-veiled, religion-based, Hindu-nationalism inspired, Hindutva-centred animosity towards Muslims and other minorities,” says Inam ul Haq, a noted Pakistani journalist. 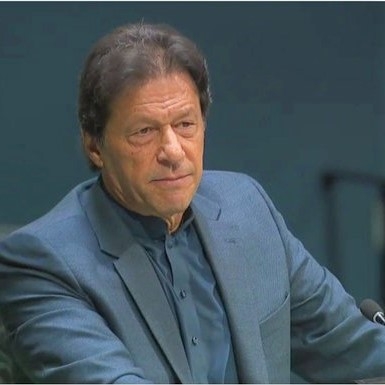 It is a thought process of this nature, supplemented by a huge media campaign orchestrated by the Pakistan Army to whip up anti-India rhetoric post reorganisation of the India state of Jammu and Kashmir that played a crucial role in formulation of the disastrous speech by Prime Minister Imran Khan in the United Nations General Assembly (UNGA). To add to the humiliation, he parroted the same lines word to word in all avenues where he got a chance to speak.

The diplomatic faux pas’ has been most aptly summarised by Aneela Shazad, another noted Pakistani journalist. “The Prime Minister has become the first contemporary Muslim leader to exalt the cult of Jihad that had acted at the personal or syndicate level, and was akin to the Kharijite concept and alleged to be terrorism - of the wider and credible meaning of Jihad that is performed under a legitimate state authority,” she says. “Has he not been too swift in going from an “ambassador of Kashmir” to a war-fanatic?” she further queries.

In comparison, Prime Minister Narendra Modi, while in the United States, set out a wide agenda of strengthening global alliances, building bonds and placing his country in its rightful position within the comity of nations. The “Howdy, Modi” rally in Houston attended by President Donald Trump was indicative of the strong position that India, under Prime Minister Modi, enjoys at the world level today.

The difference of approach between India and Pakistan is so palpable. For India, Kashmir is an internal issue; Prime Minister Narendra Modi made only a passing reference during his entire visit. The entire world has, by and large, accepted India’s position on the matter. Pakistan, on the other hand, attempted to force its own narrative on Kashmir on to the world, but found no takers for the same.

Thus, the two prime ministers, Narendra Modi and Imran Khan, have had different takeaways form the diplomatic carnival in New York. While Prime Minister Narendra Modi approached events with the confidence of a world leader who has all to gain and nothing to lose, Prime Mister Imran Khan was there with an agenda that was lost from the word go.

Now, the stunned Pakistan Army is feeling helpless due to the complete absence of support from the international leadership on the government’s policy on Kashmir. The attempts to escalate the violence threshold in Kashmir by enhanced ceasefire violations and pushing of terrorists have also come to naught. The violent reaction by local Kashmiris’ that could have given to Pakistan the leverage to move international and domestic opinion has also not been forthcoming.

It is also notable here that even after becoming prime minister, Imran Khan is viewed as a novice in politics by the well entrenched political establishment of the country, he has failed to garner even minimum acceptance as a leader from the parliamentarians in Pakistan, let alone a universal recognition. In Pakistan, the Army has a complete say in choosing the Prime Minister and it is, quite naturally, on the lookout for a fall guy. Any prime minister facing revolt or protest is usually sidelined by the Army. It is, therefore, no wonder that Imran Khan, within one year of becoming prime minister finds himself in political wilderness with the proverbial “Sword of Damocles” hanging over his head. The talk of an ignominious ouster in the hands of the very Army that propelled him into the position gained momentum the minute he returned from the US.

The danger seems to have gone down a bit but the Army is definitely getting into the driver’s seat more and more. During his recent visit to China, Imran Khan was accompanied by the Army Chief, General Qamar Bajwa, who was present in all meeting with the top Chinese hierarchy including the Chinese President and Prime Minister.

The visit to China was to save the tottering China Pakistan Economic Corridor (CPEC) and also to convince China to stand by Pakistan on the Kashmir issue. "They are again falling back on China to handle the Kashmir issue after the US and other countries refrained from openly supporting Pakistan and putting pressure on India," says the Gulf News while quoting an unnamed diplomat. It does not look as if the Army Chief has much faith in his own boss.

On the economic front, the Financial Action Task Force's (FATF) “Grey listing” is a ghost that simply refuses to go away. In a desperate bid to curry favour ahead of the crucial plenary meeting of the Paris based watchdog scheduled to be held in Paris from October 12 to October 15, Pakistan’s law enforcement agencies have arrested the "top four leaders" of the banned LeT/JuD and close aides of Hafiz Saeed on charges of terrorism financing.

Clearly, Imran Khan has much more to contend with than Kashmir. The very critical economic situation of the country, disaffection in all others provinces except Punjab, a clearly worried over CPEC China and a tenuous political situation are haunting him. In real terms, these aspects are challenging the very existence of Pakistan and his too, while Kashmir is an abstract narrative.

The only way Imran Khan can face up to this challenge is by adopting an approach that looks more to internal issues than the external environment. By doing so he can shed the Army off his back and attain the stature of a tall leader concerned about his people more than anything else. He needs to shed his preoccupation with Kashmir and understand as to where is priorities should lie. If he does so he may still be able to fly notwithstanding the clipped wings.

(Dr. Simrit Kahlon is an academician and columnist)