This simple process can turn water into an environmentally friendly disinfectant 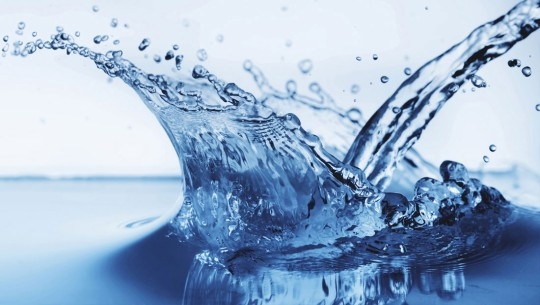 Now, researchers have found a rather simple way to generate the chemical out of water, air, and electricity, and it could be just what remote communities need.

The process, developed by chemical engineers at MIT, could one day be used to create portable devices that use non-toxic catalysts to electrochemically transform a water supply into an environmentally friendly germ killer.

The chemical formula of hydrogen peroxide is simple - it's just a water molecule with some additional oxygen, or H2O2. Making it isn't exactly a complicated process, either. When it was first isolated back in 1818, chemist Louis Jacques Thénard simply reacted barium peroxide with nitric acid.

These days, hydrogen peroxide is valued for its bleaching and sanitation properties, proving effective at killing microbes at relatively low concentrations while degrading relatively quickly and safely in the environment.

To meet demand, most industrial-sized methods today rely on what's known as the anthraquinone process, which reduces oxygen molecules using hydrogen taken from methane with a little help from a catalyst.

It makes plenty of hydrogen peroxide, but is also an energy-intensive process that relies on fossil fuel resources. Importantly, it doesn't scale down very easily.

If you're a wood pulping business or medical unit stationed in the middle of nowhere, that leaves just two ways to get your hands on the material – risk importing it in sufficient amounts, or use another method to produce your own.

"There's a growing community interested in portable hydrogen peroxide, because of the appreciation that it would really meet a lot of needs, both on the industrial side as well as in terms of human health and sanitation," says chemical engineer Yogesh Surendranath.

Hydrogen peroxide's loosely attached second oxygen is keen to marry up with other molecules without much introduction. For the organic chemicals in living material, this is a destructive process that makes the peroxide perfect for killing pathogens.

But it also means it's quick to react with other materials in an energy-intense fashion. Transporting concentrations over 35 percent over a long distance is a recipe for disaster.

As for making your own, most existing processes are slow and inefficient, producing large amounts of water for just a trickle of hydrogen peroxide. To get around this, processes can make use of toxic additives like lead or mercury.

To develop a better, more environmentally friendly method, Surendranath and his team went back to the anthraquinone process to see what could be improved.

Instead of taking hydrogen from methane, water can be broken down into hydrogen and oxygen through electrolysis, using nothing more complicated than an electrical current being passed between a pair of electrodes.

The hydrogen can then be passed to the anthraquinone catalyst as usual, which is transported through a system where it's mixed with a solvent and then introduced to an oxygenated solution to form hydrogen peroxide.

Theoretically, other materials could serve the same mediator role as anthraquinone. The process of electrolysis coupled with the step-by-step transfer of the hydrogen-carrying catalyst is the key to making the process efficient without the need for any potentially hazardous elements.