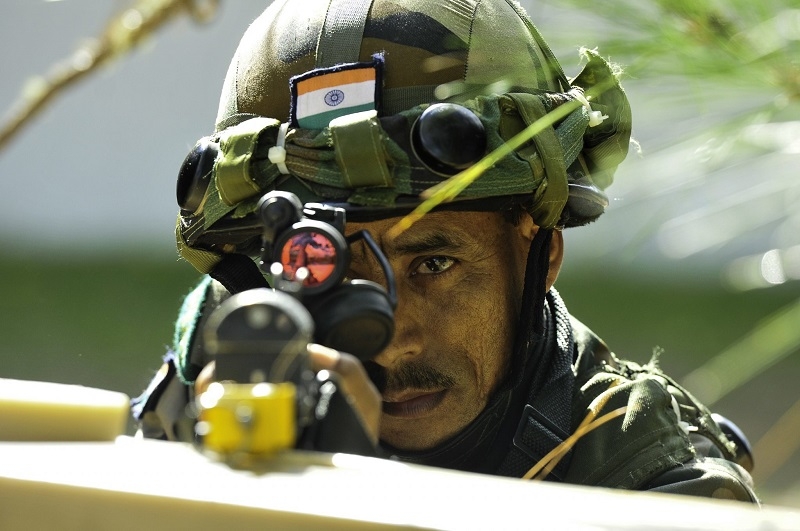 Artificial Intelligence (AI) has come in lime light when on 27 September 2019 from the podium of United Nation’s General Assembly, Prime Minister Narendra Modi promised the world about Indian adoption of Artificial Intelligence (AI). World debate over mlitary use of AI mainly revolves around Autonomous Weapons Systems. But there are important questions relating to the organizational, technical, and functional integration of AI enabled systems that determine the balance between potential benefits and risks. Present adage is, the Nation that had a leading edge in the sphere of Artificial Intelligence would be able to “Rule the World”.

World is witnessing the autonomization of Weapon Platform in Air, on Land and on and under the Sea that can Attack Targets Independently. Technical breakthroughs in computing power, especially in terms of Processors and Video cards, have facilitated rapid progress in this field. Examples of civilian applications based on these developments include Automatic Image Recognition, and Natural Language Processing, as well as artificial “Players” of Board or Computer Games. These programs require multiple components, prominent among them being Machine Learning. Advances in Machine Learning Methods are not sufficient on their own as future of Autonomous Weapons Systems will also depend on developments in other areas such as Sensors and Robotics. Therefore, the issue of AI has to be examined in relation to potential outcomes at the Level of Strategic Decision Making, the possible Implications of Machine Learning for the Training and Organization of Armed Forces and finally its impact on Military Operations.

Strategic Decision Making: AI has the potential to support analysis of actors ranging from top Political Decision Makers all the way down to an Infantry Soldiers in the field. AI enabled systems will predict the behavior of foreign states and societies, predefine policy options, or generate highly complex simulations relating to ongoing crises in real time. It facilitates greater precision and complement Human Assessments and Predictions, which may always be clouded by emotions and biases. It vastly accelerates Decision Making Processes by enabling Governments to understand and analyze ‘Situations’ much quicker than before. It is possible to calculate options for action and potential crisis scenarios with a High Degree of Precision. On the other hand, acceleration of decision making may contribute to the escalation, rather than the de-escalation, of such a crisis

Training and Organisation: One of the most interesting aspects of machine learning in this context relates to the Education, Training, and Selection of Military Officer and Other Ranks. Within military structures, AI will ensure that Promotions and Postings are carried out more objectively, based on an improved ability to assess candidates in a holistic manner. It has the potential ability to design Virtual or Real Life Military Exercises in a more realistic or challenging manner, allowing Commanders and Staff Officers to prepare better for Combat Operations, particularly in the fields of engaging “Enemies” who are capable of thinking dynamically. Through highly complex simulations, AI can help to predict the best ways to use new technologies and integrate them into existing systems. Especially in combination with advances in Virtual Reality (VR), Complex Algorithms will considerably improve the Realism of Tactical Training. In near future, Armed Forces will be confronted with issues like Cyber Space, where they would be compelled to recruit talented/trained youths whose interests and qualifications do not necessarily match the Traditional Self Perception or Image of Military. In this context, Armed Forces will have to think of competing with Multinational Technology Corporations for young talent in terms of Pay and Perks, if they continue to insist on Basic Military Training and a Traditional Military Culture.

Military Operations: AI will support Armed Forces in collecting, categorising, and analysing data more quickly and efficiently than is currently possible. For example, current cooperation between Ground and Air Force is often hampered by different Data Processing Systems and applications requiring Manual Harmonization of Data. AI can, assist with collecting and collating images or signals collected by Satellites/Drones and categorizing and transmitting them according to the requirements of Multiple Recipients. Thus, data of a Reconnaissance Satellite/Drone will be transmitted in real time to a frontline Artillery/Infantry/Armored Unit and/or Intelligence Cell in Head Quarters, without requiring time consuming “translations” at various Inter faces. Other applications in this area will include. a) Programs to Support Radar or Sonar Reconnaissance to detect and localise Potential Targets, b) Planning for Infantry/Armored Patrols, Reconnaissance Flights, Administrative Tasks and Logistical Organisation. Potential of Machine Learning for Military Logistics will be made possible by adopting “Predictive Logistics”, c) Automation of Transport Vehicles enabling Efficiency Gains as well as Force Protection, d) Fewer personnel would be needed to transport Equipment and Supplies over long distances; soldiers would be less exposed to ambushes like Pulwama Ambush by Jaish e Mohammad in early 2019 and e) Automated Resupply which has great potential, is at an Advanced Stage of Development and its success will depend on Developments in the Field of Machine Learning and Fully Developed Robotics and Sensors. All above raise the Specter of Potentially Premature Introduction of Systems and Technological dependencies in Key Military Functions in Complex Scenarios.

AI as an Enabling Technology : The effects of AI and Machine Learning on the Military and the Future of Warfare cannot be credibly predicted in terms of a few succinct Keywords. AI is best understood as a cluster of Enabling Technologies that will be applied to most aspects of the Military Sphere. Even if technological progress accelerates, the systems and platforms powered by it may/will not be absorbed simultaneously or with equal effectiveness and efficiency into the Technical Arsenal of the Armed Forces. In Military Operations, dependency on AI must be carefully calibrated because the challenge lies in deciding to what extent and how quickly traditional, historically evolved organizational structures and doctrines should be replaced by new, Technology Centric Concepts.

In nut shell Advantages and Disadvantages of AI in the Military Field are as under:

4. Low crisis stability due to Acceleration of Decisions.

5. Prejudices can be inherent in algorithms.

6. Problems regarding the balance of power within States, eg, Military/Civilian Leadership.

B) Training and Organization of Armed Forces:

3. Credible simulations of future technologies and their applications.

5. Cultural and personnel problems due to incompatibility between military culture and values held by specialized personnel.

2. Reduction of administrative and staff work through forward-looking logistics.

4. Improvement of support and reconnaissance systems.

5. Potential dependencies that cannot be replaced in the field.

6. Risks in supply chains due to lack of inventories and reserves.

7. Unclear whether autonomous vehicles can be used in complex scenarios.

AI is hailed as Fourth Industrial Revolution. Till date only Super Powers had monopoly over Concept of Military Superiority which is now being dispelled by ‘Dual Use’ AI as instead of Conventional Armed Forces, Nations will be resorting to obtain an edge in Technological Forces. What a man can do is to be done by Computers/Digitally Controlled Robots. Ministry of Defence (MOD) had appointed “Task Force for Strategic Implementation of AI and Defence” in February.18 which submitted its recommendations in June,19. Based on those recommendations, MOD issued guide lines for Organisation, Working Ethos, Implementation and Capacity Building through “Defence AI Council” and “Defence Artificial Project Agency” whose work is likely to commence by December,19. “If India does not join AI Race now, it will be too late” said Army Chief, General Bipin Rawat in January, 2019. Accordingly, Army Southern Command conducted AI Seminar “Sapta Shakti” in fourth week of September in Hissar, Haryana. “Army will induct AI for constructive/destructive usage in next couple of years with an aim to boost up its Combat Capabilities and help Commanders to take timely decisions” said Southern Army Commander, Lt Gen Alok Singh Kler.

As on date, India ranks ‘Third Start Up Nation’ in listing of G 20 Nations. Prime Minister Narendra Modi had revealed his “5 I Vision Plan” in G 20 Conference and gave assurance to lower 49% clap in FDI in Defence to throw open “Make in India in Defence” and “Digital India” to Foreign Investors. India wants to compete with China who, according to Xenua News Agency, has allotted 1500 Billion RMB for development of AI. India cannot even think of allotting such a huge sum for AI at present. On the Other hand, being a ‘Late Entrant’ in this field, India, instead of going in for Technical Innovations should go in for mimicking existing technology to achieve her aim. Also Instead of emphasizing on “Balance of Power Considerations”, India should, through her “AI in Defence Vision”, modernise her Defence Forces. India has to join “AI in Defence Sector Race” started by Super Powers. This is the NEED of THE HOUR”.