New Delhi, October 9: Undertaking longest ever social campaign through an adventure sporting activity to spread the message of River Rejuvenation, Jal Shakti Minister Gajendra Singh Shekhawat on Monday launched a unique initiative called 'Ganga Amantran' to connect with the stakeholders of the river. It is a pioneering exploratory open- water rafting and kayaking expedition on the Ganga River to begin from October 10 till November 11. 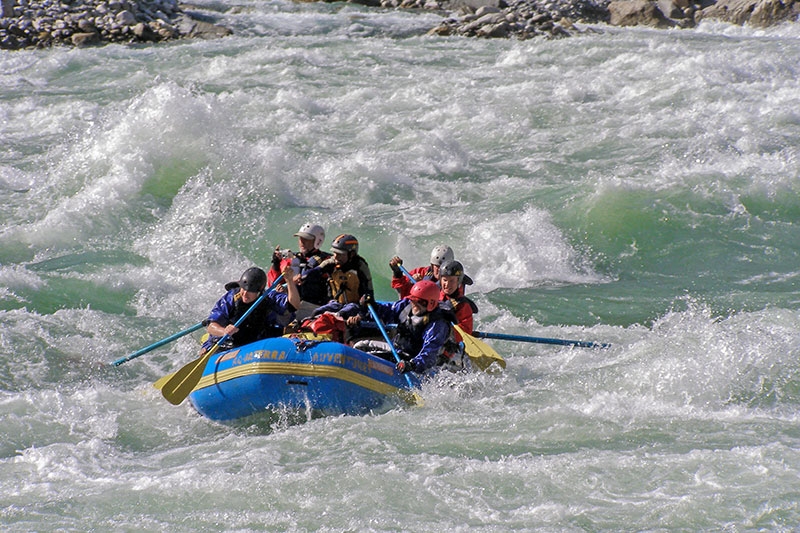 The expedition will start at Devaprayag and culminate at Ganga Sagar covering the entire stretch of over 25,000 kilometers of the River. This is the first-ever effort by National Mission for Clean Ganga to raft across the entire stretch of the river. The expedition will encompass the five Ganga basin states including Uttarakhand, Uttar Pradesh, Jharkhand, Bihar and West Bengal with stops at Rishikesh, Haridwar, Kanpur, Allahabad, Varanasi, Patna, Sonepur and Kolkata.

Apart from the awareness campaign, the team from CSIR–Indian Institute of Toxicology Research will collect water samples from across diverse ranges of the river for the purpose of water testing, while members of the Wildlife Institute of India will undertake flora and fauna census for the year 2019.

The Expedition would comprise of members primarily from the Indian Armed Forces. The Armed Forces is supporting this expedition extensively by way of involving all the Commands & Units on the Ganga stretch and also the members from the Armed Forces Wives Welfare Association all along the Ganga Basin.