Washington, November 12: The tiny planet Mercury scooted across the sun's face on Monday for the last time until 2032, and skywatchers across the Americas, Africa, and Europe had the chance to witness the rare celestial event. 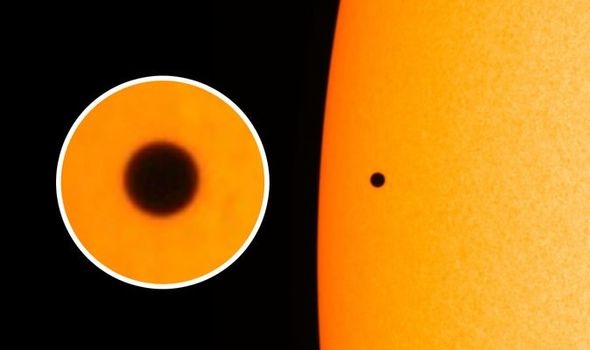 During this 2019 transit of Mercury, the innermost planet spent about 5.5 hours crossing in front of the sun from our perspective on Earth. Skywatchers across the Americas, Africa, and Europe could see at least part of Mercury's journey across the sun, but only with telescopes or high-power binoculars equipped with protective solar filters. Meanwhile, several spacecraft, including NASA's Solar Dynamics Observatory, provided views of the event from space.

Mercury and Venus are the only two planets that can transit the sun from Earth's perspective because they are the only planets whose orbits are closer to the sun than Earth's. Venus last passed before the sun on June 6, 2012, and the next Venus transit isn't until Dec. 11, 2117. These transits happen because the planets' orbits are slightly tilted to the ecliptic or the plane of Earth's orbit, and those orbits intersect at two places called "nodes." Transits occur when Earth crosses a node at the same time as the other planet. In Mercury's case, this always happens in May or November. For Venus, transits occur in June and December.