New Delhi, November 8: In Cricket, India beat Bangladesh by 8 wickets in the Second T-20 at Rajkot, leveling the 3 match series 1-1. Put in to bat, Bangladesh set a target of 154 runs. In reply, stand-in skipper Rohit Sharma, who was playing his 100th T-20, went all guns blazing and scored 85 off 43 balls. 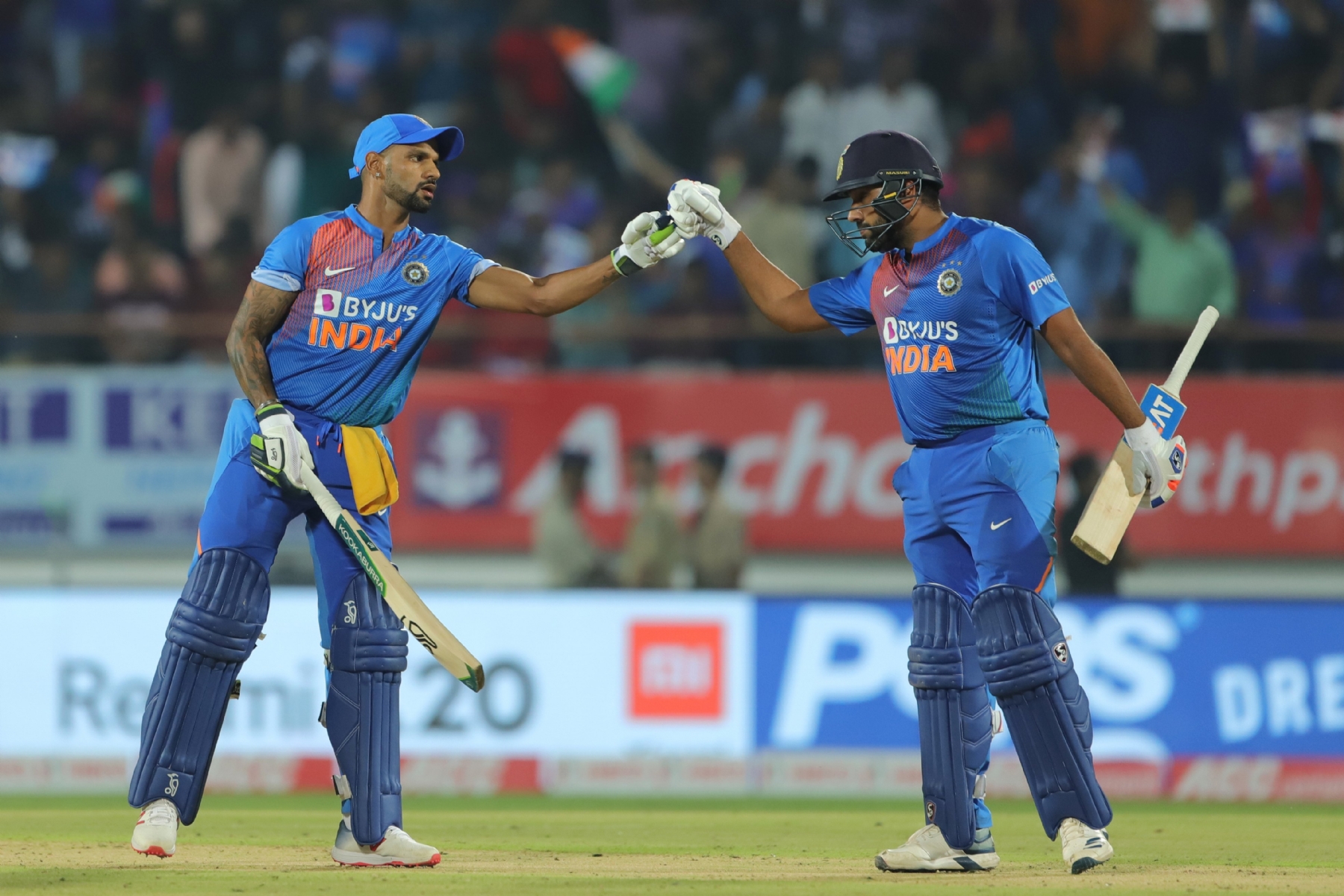 Harmanpreet Kaur had reached the milestone recently during the home series against South Africa. Pakistan’s Shoaib Malik (111 games) is the only other man to have played more than 100 T20 Internationals. The final T-20 and the series decider will be played in Nagpur on November 10.

Rohit Sharma was in tremendous form in the second T20 against Bangladesh on Thursday as he smashed 85 off just 43 balls to help India level the three match series 1-1. During his knock, Rohit Sharma smashed 6 sixes taking his tally to 37 sixes in 17 innings, the most by an Indian captain in T20I cricket. The record was previously held by MS Dhoni. The former Indian captain had 34 sixes in 62 innings. Virat Kohli, who is not playing in the ongoing series, trails behind Rohit Sharma with 26 sixes in as many innings. The Rajkot T20 was a must-win game for India as Bangladesh was leading the series 1-0 after a win in the first T20I in New Delhi. Rohit Sharma was also adjudged Man of the Match for his scintillating knock.