New Delhi, December 19: In an attempt to create a change by embracing the long-lost brothers and sisters of Indian soil, the Citizenship Amendment Act has is framed as something which is against the people, religion, which in reality untrue! Inciting, instigating and misleading wrong information by opposition leaders and parties, the protests on the act is taking an ugly turn. The nation saw another violent protest in New Delhi’s Seelampur, a detailed report by Delhi Police has thrown some light on the real culprit behind the act. A report by Delhi Police revealed that several men in mobs that indulged in stone pelting and arsoning were illegal Bangladeshi Muslim migrants. 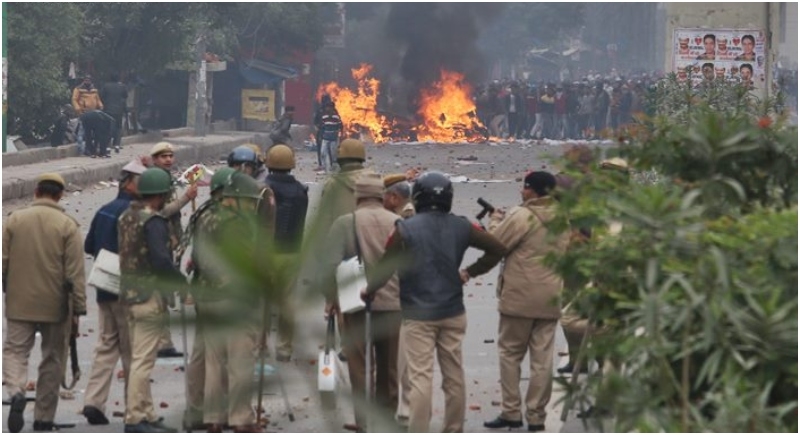 As Delhi Police Commissioner Amulya Patnaik briefed Union Home Secretary A.K. Bhalla on violence, the Delhi Police's Special Branch revealed that the violence was instigated by Bangladeshi Muslims. It informed that an organised group of Bangladeshis (infiltrators), worst hit by the Citizen Amendment Act (CAA), were behind the violence in the Seelampur area on Tuesday. Several such Bangladeshis with criminal past were instrumental in initiating violence, it said and added, some armed infiltrators wearing masks set afire the state properties.

It is noted that a large number of Bangladeshi Muslims will be affected by the Citizenship Amendment Act as they have illegally infiltrated in the Indian soil. A DCP rank officer informed media that these illegal Bangladeshi Muslims incited and were indulged in violence fearing detention and returning back to their country. Moreover, a list of these illegal migrants with criminal cases had been circulated to police stations for tracing and arresting them. The Delhi Police has a separate Bangladeshi cell in each 15 districts, which have prepared exhaustive list of such migrants with involvement in crimes, like thefts, pick-pocketing and snatching.

The protest was peaceful for the past two days, however, around 2 p.m. on Tuesday, a group of 10-15 people resorted to violence and attacked a school bus. Besides Seelampur and Jaffrabad, they reside in shanties and slums in Sarita Vihar, Shaheen Bagh, Zakir Nagar, Kalyanpuri, Trilokpuri, Shastri Park, Gazipur Mandi area, and several pockets of Khoda, adjoining Delhi and Ghaziabad. The report advocates strict patrolling and security arrangements in these localities where violent protests could emerge.