From refusing stay order to issuing notice to Centre for response; Know SC’s stand on CAA

New Delhi, December 19: Creating chaos over the Citizenship Amendment Act with people hitting streets protesting and filing petition in the Supreme Court, India is somewhat diverging from understanding the real issues with opposition misleading the masses. While earlier, the apex court directed the petition on Jamia, AMU protest to be handed over to high court, in a latest, the Supreme Court of India decided to examine the constitutional validity of the citizenship amendment act (CAA) on December 18, 2019 but refused to order a stay on its operation. 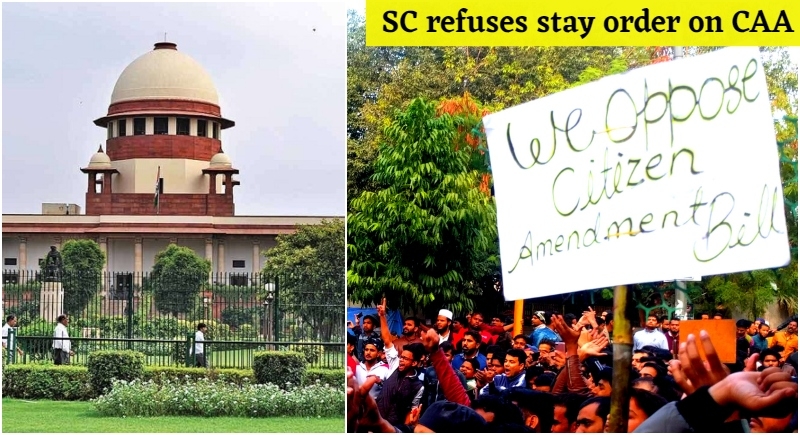 The apex court issued a notice to the centre on the petitions filed against the citizenship amendment act and sought its response on the matter by the second week of January 2020. The next hearing on CAA is likely to take place on January 22.

The amended citizenship act aims to grant Indian citizenship to the non-Muslim minorities who faced religious persecution in Pakistan, Bangladesh and Afghanistan. The law will enable all Hindu, Sikh, Jain, Buddhist, Parsi and Christian minority communities who fled to India fearing religious persecution from the three countries on or before December 31, 2014 to become legal Indian citizens.