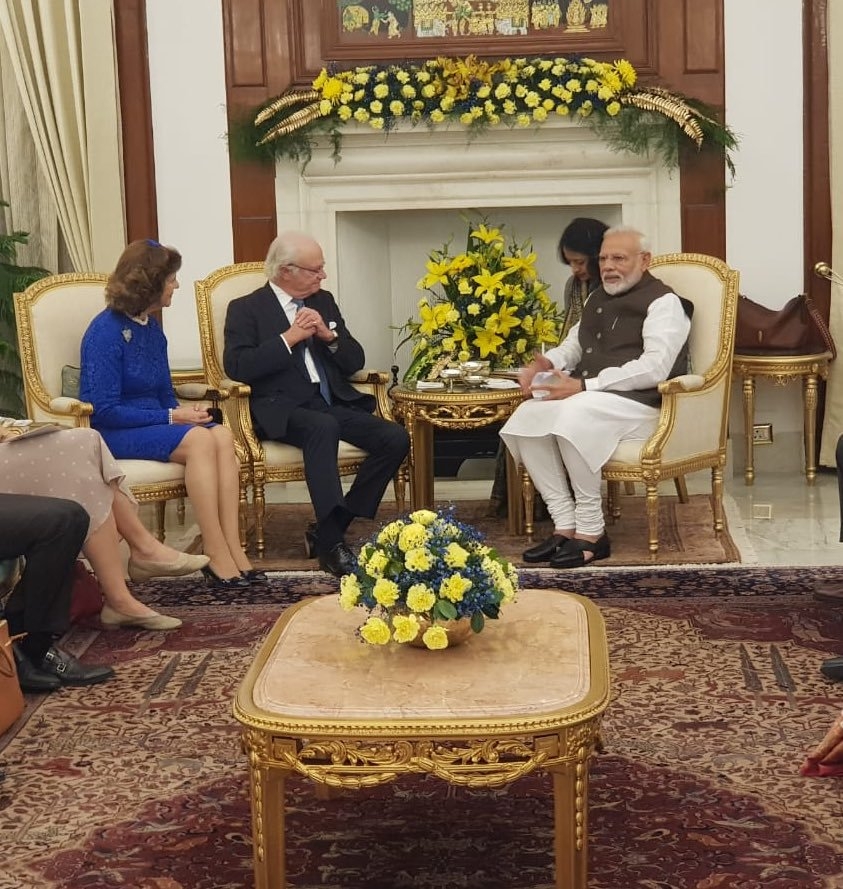 Earlier, External Affairs Minister S Jaishankar called on the King and Queen after their arrival and held discussions on ways to deepen bilateral ties.

Apart from the official program in Delhi, the royal couple is scheduled to visit Mumbai and Uttarakhand. Several documents on furthering bilateral engagement are likely to be signed during the five-day visit.