Emphasizing on peace and stability, Indian Envoy to Afghanistan asserts to the need to act on terrorism rigorously

Kabul, December 2: Being a close ally to India, Afghanistan has acted closely in countering terrorism. Terrorism has been a biggest threat and countries like Afghanistan has been highly affected by it. In this regard, Indian ambassador to Afghanistan Vinay Kumar has urged Pakistan to act on terror which impacts the entire region from Afghanistan to India. 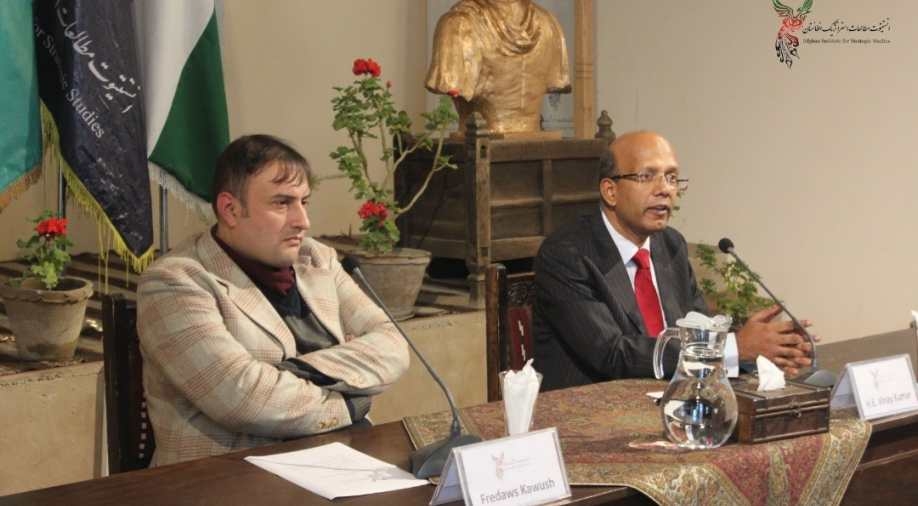 Speaking at the Afghan Institute for Strategic Studies (AISS), ambassador Kumar said, “We in last 3-4 decades, have seen, the same source of terrorism impacting both the countries...if we have peace in Afghanistan, we all stand to benefit from that peace by various cooperative mechanism.” The biggest threat to peace and stability in the region is terrorism, he said and added, ''Our region, like most other parts of the world, can have peace, stability, prosperity but the condition is just one, violence stops, terrorism stops, the entire region stands to benefit... it requires a decision we can talk about our issues in an atmosphere free of violence and terrorism.. better sense should prevail"

Talking about the need for integration and connectivity in South Asia, Envoy Kumar said, "peace for us empowerment of all the people to enable them to reach full potential, to integrate the region for the socio-economic benefit for all. How fast we have moved in the eastern side with other neighbours"

Adding, "fundamentals of foreign policy is to create stakes for neighbours in India's growth" He highlighted India's development assistance to the landlocked South Asian country saying New Delhi has committed 3 billion dollars for Afghanistan development of which 2 billion dollars has already been spent. India has built major highways, parliament building, and Salma dam and contributed 350 projects throughout Afghanistan in all the districts.