New Delhi, December 28: Creating joyful learning environment, the Central Board of Secondary Education has asked all its schools to become anger free zones wherein, teachers, parents and the administrative staff of the schools will try to manage their anger in order to set an example for the children along with teaching them the value of freedom from anger. 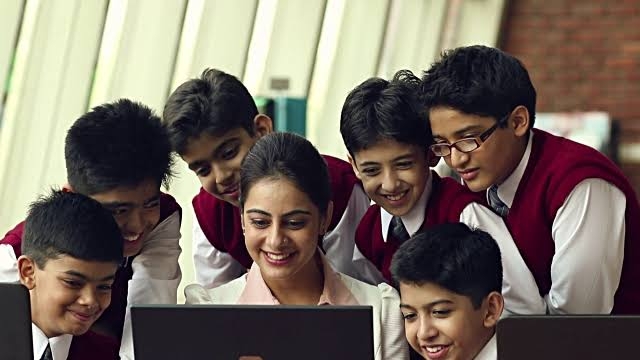 The board stated that this will help the students in becoming mentally active and also emotionally healthy so that they would go back home happy and return the same the next day. In an advisory issued to the schools on the following matter, the CBSE has stated that the initiative is a part of its thrust on a joyful education and holistic fitness.

The recommendations provided by the board include not looking at cell phones all the time and conducting breathing exercises by all. CBSE has also asked its schools to record their experience along with announcing the initiative on social media their endeavor of becoming an anger free zone using the hashtag – #CbseNoAnger

CBSE Secretary Anurag Tripathi, in a communication sent to the schools, said that in the anger free zone, everyone will be trying to manage their anger be it teachers, parents, school administration staff or other stakeholders. He also added that the best way to teach the children the value of freedom from anger is by setting an example themselves.

He also added that making the schools an anger free zone will help the students to develop effective skills and also eradicate emotions like fear, disrespect, humiliation and hurt in the students which are the by-products of anger.

The CBSE has also advised its schools to place boards stating ‘This is an Anger Free Zone’ at the reception area and the other strategic locations on the campus. Tripathi also pointed out that the children are the harbingers of change and they will teach their parents what they learn in the schools. In this way, both the schools and the homes will have a happy environment for the students.