Washington, December 28: NASA astronaut Christina Koch made history today, setting the record for the longest single spaceflight by a woman. Koch arrived at the International Space Station on March 14 for her spaceflight mission. As of December 28, she has been in space for 289 days, surpassing the record of Peggy Whitson, who spent 288 consecutive days in space. 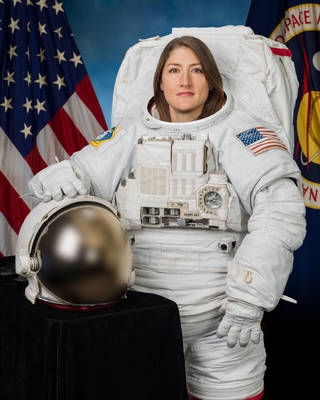 "It's a wonderful thing for science," she told. "We see another aspect of how the human body is affected by microgravity for the long term, and that's really important for our future spaceflight plan going forward to the moon and to Mars."

According to NASA's schedule, Koch will remain on the station until February 2020, falling just shy of the longest single spaceflight by a NASA astronaut: 340 days, set by Scott Kelly. Astronauts normally stay on the station for six months.

Christina is currently part of three expeditions, Expedition 59, 60 and upcoming Expedition 61 scheduled for October, and is scheduled to remain in orbit until February 2020. While onboard, she participates in scientific research, station maintenance, outreach, visiting vehicle operations and spacewalks.

Christina Hammock Koch was selected as an astronaut by NASA in 2013. She completed astronaut candidate training in July 2015.