New Delhi, December 31: As the nation rages under the ongoing unrest against Citizenship Amendment Act (CAA) and National Register of Citizens (NRC), many people have come out in support of the Act. Among the many is the most eminent spiritual Guru Sadhguru Jaggi Vasudev who has voiced his support for the amended Citizenship legislation asserting that it is ‘too little compassion, coming too late.’ Adding further, he said that the Act deals only with religious persecution and on seeing the vehemence with which the protesters opposed the Act, he said he questioned his own understanding of the law and wondered that if he skipped anything. 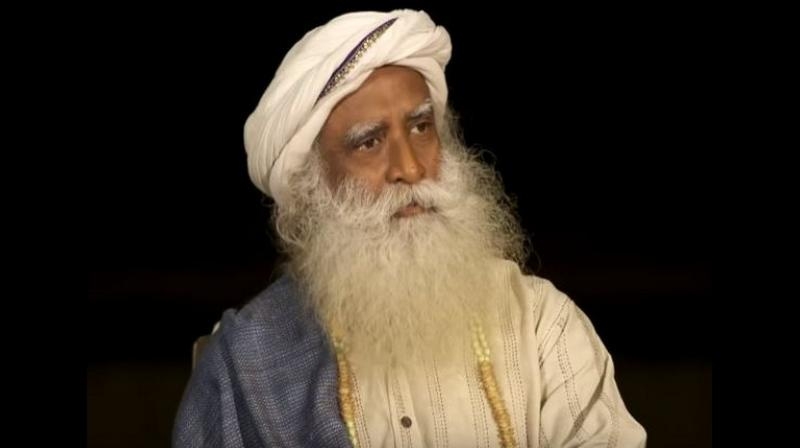 Addressing a gathering over CAA and NRC and demonstrations against them, Sadhguru said, “In my opinion, CAA is too little compassion, coming too late. This Bill is only focused on religious persecution.” Adding further he said, “I was wondering did I miss something. Am I not getting something here.” The spiritual leader also alleged that some desperate people misinformed the illiterate mass of religious groups, building a narrative that local Indian Muslim Citizens would lose their citizenship owing to the CAA and NRC.

Slamming the students who flared up and led protests against the CAA and NRC he said that they behaved like illiterate people when they could have simply opened their mobile phones and read the exact details of the Act. Calling the incident to be unfortunate, he said, “Still in today's day and age where you can just open up your phone and read the Act, what does it say. Any student can read it, but all of them are coming and behaving like illiterate people. They are studying in premier universities and how come they can't read the Act. It's really sad that such a thing can happen.”

Prime Minister Narendra Modi, took to the microblogging site to laud Sadhguru’s comments and along with a video clip he tweeted, “Do hear this lucid explanation of aspects relating to CAA and more by @SadhguruJV. He provides historical context, brilliantly highlights our culture of brotherhood. He also calls out the misinformation by vested interest.”

Further, Sadhguru stated that the government failed to convey the real intention of the legislation to the people. Otherwise, personally I don't see one issue on these things. But communication-wise, the way it is communicated unfortunately a certain number of people are perceiving it as a threat to them," he added. Sadhguru also advocated for NRC and said that the citizens of the country should be registered.

Talking about partition, the spiritual leader asserted that India chose to be a secular nation while the other two parts chose to become religious republics. He said that 72 years back many people did not understand what that meant and also many people at that time were not willing to leave their property and travel.

Consolidating his argument in favour of the CAA he said that the law in the neighbouring Islamic countries discriminates against the minorities. He said, “But on the other side, by law there is discrimination. By law women are seriously discriminated against on various levels, by law almost all the minorities are discriminated.”