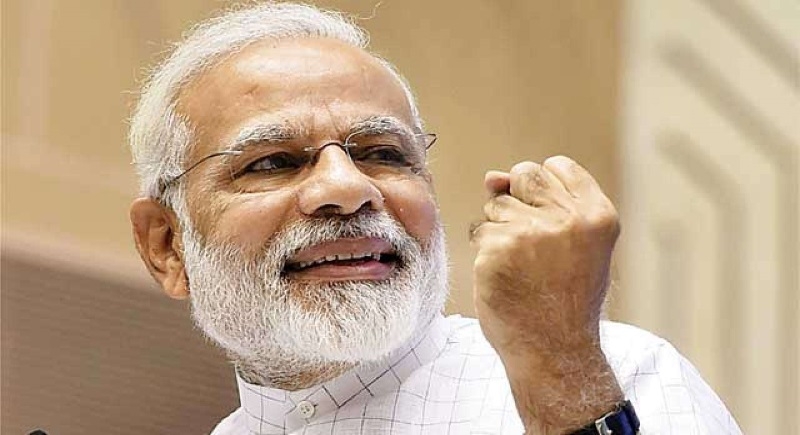 The outcome of the mega poll conducted by Times Group published Thursday brings most encouraging news for the supporters of the Prime Minister and active workers of the Bharatiya Janta Party (BJP) and also for those who sympathise with the BJP’s ideology.

It is certainly heartening for the millions of admirers of the Prime Minister Narendra Modi to know that their wishes were endorsed by this mega poll of Times Group that predicted a thumping victory for the BJP-led National Democratic Alliance (NDA) under the dynamic leadership of Narendra Modi in the 2019 General Elections.

The Times Group Poll was conducted online from February 11 to 20, 2019 covering 2 lakh respondents in 9 language involving 13 media properties of the Times Group. This very size of this poll should make it more reliable and down to earth for the single reason that the Times Group is certainly not the admirer of the Prime Minister and his BJP. But it has shown this courage and honesty to publish the findings of this mega poll as reflected by the respondents they contacted in the stipulated period.

The survey was conducted on the ten-question agenda seeking the free and frans and honest response of the respondents. These questions were surrounded over the Rafael controversy, atmosphere of intolerance towards minorities, performance of Modi government, achievement and failure of the government and biggest poll issue. In addition to this regular questions about popularity of Narendra Modi and his bête noir Rahul Gandhi were also included in the survey.

Maybe, not as expecteby the Times Group, the survey predicted huge win for Prime Minister Modi with 83.03 percent respondents endorsing the victory of the BJP and Modi in 2019 general elections as compared to 9.25 percent going for the Congress-led UPA.

On insecurity feeling among the minorities and at atmosphere of intolerance, 65.5 percent respondents responded in the negative. Much to the chagrin of the left-secular self-styled intellectuals these respondents believed that there was no threat whatsoever to the minorities under the Modi-rule of 55 months and there was no atmosphere of intolerance as alleged by the ‘award wapsi gang’ over certain issues.

On the personal popularity issue Prime Minister Narendra Modi is miles ahead of his political rivals with 83.89 % respondents reposing faith in his leadership. The Congress President and Gandhi scion Rahul Gandhi is at the second position by securing just 8.3% responses! Thus, the gap between the first rank and the second rank shows that RaGa is no match to Modi in any respect and that Modi enjoys the status of unmatched leader of the Indian people.

All said and done, the survey paints a very positive, encouraging, satisfaying picture for the average BJP activist, Modi-admirer and party sympathizer. But there is a hidden danger. This positivity espoused by the media house which is known Modi and BJP-baiter, may lead to complacency among the party workers and to certain extent the leadership. At this moment the complacent mood may prove harmful for the party vis-à-vis general elections.

The party workers on the other hand must think of how the findings of this survey can be used to enlarge their consitutency all over the country. With the poll pacts with southern parties like AIADMK and PMK in Tamil Nadu the BJP has entered into the Dravid stronghold after it consolidated its position in Karnataka. Telangana and Andhra are the two areas which are still beyind its political influence. This survey could be helpful in making inroads into these regions.

The survey emanates a very clear message to Modi-opponents. That, they have miles to go before they could think of defeating the most formidable Narendra Modi in elections. They are no match to his dedication, devotion and commitment to the nation and its 131 crore people and hius every action, his every decision, his every step shows his resolve to take India to glorious height in the world. The common people are convinced about his simplicity and non-corrupt attitude and resoslve. The BJP rank and file must decipher this mega poll to understand its meaning and message and plan their strategy accordingly.