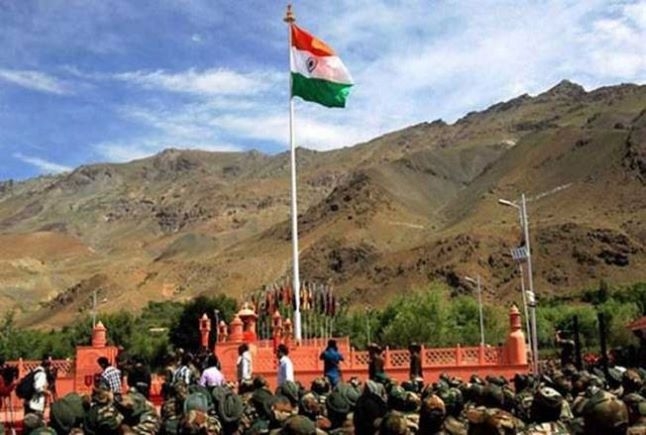 Media hype over national security as a key electoral issue in general is woefully vague and myopically skewed towards security from external aggression - wars and violence. Hardly, there is in depth focus over such an overriding issue even in the media what to talk of political leaders and political parties.

Sweeping and utopian jingoistic generalization of pursuit of peace with utter disregard to key lesson of mankind’s history, particularly South Asian history, exposes major shortcomings in the so called “Wise Councils” at the Apex levels of political parties and their leaders; and also media.

Most important, absence of a published annual “National Security Strategy” document since 1947 is a reflection of intellectual bankruptcy of all alike in power. The only way to explain such a lackadaisical view towards national security is, perhaps, due to episodic or myopic view of its multifaceted nature well beyond leadership competence.

Ironic, the focus on how current day geopolitics impact on India is barely gets prime time media attention. In particular, the extraordinarily fluid and dynamic churning of liberal international order post-World War II and the post-Cold War and regional geo-politics is real. And, their far reaching implications or fallout on internal national security developments is mostly sketchy sans holistic short, mid and long term view.

Undeniably, we are living in a very different world what with growing instability, disorder and uncertainty than the one that we inherited in 1947, 1990 and 2014.

Whether people appreciate it or not in the past, India too has passed through two phases of changing international order: Cold War from 1945 to 1989 defined by U.S.-Soviet rivalry; and post-Cold war phase of roughly 20-year period after the fall of the Berlin Wall in 1989 characterized by Pan-American or USA as a sole superpower and emergence of transnational threats both by state and non-state actors.

Now, a new third phase is marked by three key trends: more geopolitically competitive between USA, China and Russia with “America First Policy”; Chaos in the Middle East and South Asia; and technology having an increasingly disruptive effect.

In such a rapidly changing geopolitically competitive regional, international and even domestic milieu, the intentions and ambitions of adversaries and competitors are particularly important for consideration.

After all, the past is a critical ‘Prism” to view the future course of nations. Ironically, ongoing jingoistic rhetoric is only creating and clouding perceptions in the minds of the “Aam Aadmi’ and confusion as a precursor to chaos and anarchy which are contra national security interests.

For example, key adversary Pakistan’s vision, particularly for J & K, is fundamentally at odds with India’s national security interests. Pakistan is hell bent upon “liberating J & K” by hook or by crook having unsuccessfully fought 3-wars. However, the 30-year “proxy war” as part of its Army’s avowed 1000-year Jihad through 1000-cuts is a grim reality.

Importantly, Pakistan has an enduring, multi-dimensional and deep-rooted relationship with China underpinned by mutual trust and confidence. Hu Jintao had described the relationship as “higher than the mountains and deeper than oceans”. Pakistanis have added “sweeter than the honey” to it. Xi Jinping refers to Pakistani people as “good friends, good partners and good brothers.”

In contrast, China today is a superpower. China is both a competitor and adversary goes without saying. China wants relative peace in pursuit of its end objectives: “Two Centenaries”; and “Four Comprehensives.” The “Two Centenaries” are specific: by 2021, when the Chinese Communist Party (CCP) celebrates its centenary, complete the building of a modern socialist country that is prosperous, strong, democratic, culturally advanced and harmonious in all respects, with a strong military to make China the world’s dominant power by 2049, when People’s Republic of China (PRC) marks its centenary.

Fundamentally, the relationship is simultaneously confrontationist; but cooperative and competitive where it suits China’s interests. Both nations are locked in a clash of values, interests and ideologies. An old Chinese saying goes, “one mountain cannot accommodate two tigers.”China brooks no opposition to its status as the Asia-Pacific’s sole “Middle Kingdom.” The “Five Principles of Peaceful Coexistence or Panchsheel” – is a failed utopian Nehruvian Legacy.

Today, China is seeking preeminence in East Asia and a weakening of the U.S. alliance system, and it is employing gradualist tactics to unilaterally change the status quo, particularly in the maritime domain. If China succeeds, it would likely dramatically weaken the rules-based character of the international order, undermine the U.S. position globally, and ensure that the geopolitics of East Asia and South Asia remains inherently unstable.

China perceives Pakistan as a regional counterweight to India in South Asia. It strongly supports Pakistan over Kashmir dispute, but also shielding UN Security Council from branding “Masood Azhar” as a terrorist.

However, China has an interest in improving relations in economic domain. Both countries have a common interest in keeping SLOCs open. Yet, hardly one can “sight light at the end of the tunnel” or “on the horizon” of any peace breakthroughs.

Add to them, resurgent Russia, Iran and Turkey for power accretion in their respective regions. Most important, EU nations are in a major churning from within.

Other powers, like Japan, Taiwan, ASEAN nations, Australia etc. are jockeying for strategic alliances in pursuit of their national security interests. The emerging powers—India, Brazil, Indonesia, and others—want a global order that is more inclusive and less Western.

Viewed in such a overarching global milieu, episodic reviews by Indian political leaders, think tanks and media represent “Five Blind men and the Elephant” syndrome what with political leaders spreading all round confusion in pursuit of their “I-Me-Myself” obsession at the cost of national security interests.

What alternative strategic options are available for India to adopt? Debates must promote various alternative options available and suggest best possible option adopt to cope with a dynamic milieu. Can Indian economy deliver on its promises of wiping out poverty in open global economy with very poor quality of education and exploiting its full power potential?

Ipso facto, even the focus of adversarial threats from external actors - Pakistan and China – is peripheral. Hardly there is clarity over holding peace talks with Pakistan: Conduct peace talks with the guns of terror blazing away at your “Head – J & K”; or, “Terror strikes and Peace Talks” cannot go together. 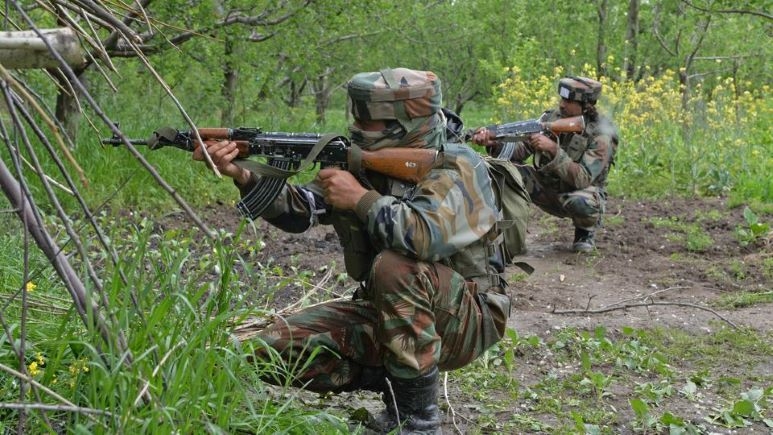 If so, what are the options available and choices to be exercised? Political parties and media must debate and attempt at a national consensus on the possible course to adopt. Apart from jingoistic, hardly there is any creative or constructive identification and definition of strategic options and choices.

Next, least understood is “Grand Strategy”, which is about creating power. Fundamentally, the purpose of national security strategy is to outline for the people about political leaders and parties thinking about our national interests, the threats to those interests, our means to protect and advance our interests, and ways of stringing those means together expeditiously and most importantly cost-effectively.

So, it is incumbent upon political parties to articulate as to what ways and means they would adopt to promote, consolidate and advance national power in all variables. Barely, there is any illuminating coverage on the most important issue. Clueless are the spokespersons of various political parties. Majority of political leaders are simply living in a “fools’ paradise” – Dragon and Elephant doing Tango.

Also, it is critical to note the classical view of National Security Strategy, which primarily focused on consolidation and advancement of national values. Over the last 70-years, India’s people and its pluralist diverse society at large have undergone far sweeping transformations in values considered most appropriate traditionally and classically.

Quite obvious even to a layman, the current pre-poll jingoistic rhetoric of opposition political parties and media discourses are only focused on “Save Democracy”, “Secularism vs. Communalism”, vote-bank populist announcements, mostly promoting poverty in perpetuity and so on.

Viewed in the foregoing, India’s strategic objectives pursuit must be to create a new and favorable equilibrium across not only Asia-Pacific region and the Indian Ocean domain, but also on the international plane. Admit all alike that India will not be able to stop every act of aggression by rival powers, but it can significantly raise the costs of such aggression and frustrate whatever strategic goal the aggression intends to achieve in all fields of national security.

India approach must be based on a highly imaginative, calculative, deliberate and focused approach that is assertive and unyielding posture in some areas along with a prudent recognition that, at times, flexible with adjustments and compromises.

To successfully counter the shifts in threat of force, or means of coercion (terrorism, cyber attacks, covert operations, trade wars, political subversion, climate change) to undermine India’s national interests, it goes without saying that it must be done from a position of strength from within and not weakness: social unity and quality, political consensus, enhanced economic power, technology parity or superiority and security forces capabilities and effectiveness.

Perforce, India should take a more flexible approach to issues or disputes where force and coercion are taken off the table. If other countries want to change the system by persuading other nations and people that it is not in their interests, then they are free to do so. India should make its case as powerfully as possible, but it must accept and respect the right of others to advocate for change. 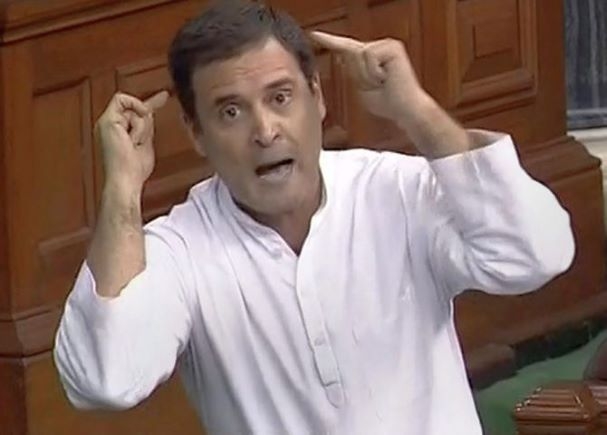 Finally, populist political rhetoric – surgical strike on poverty – of “Poverty alleviation of Rs.72,000/- subsidy to 20 crore BPL families may be certainly “Good Politics” for those out of power; but “Bad Economics” from national security interests. Even the so-called self-proclaimed economic emeritus’s infatuated by Western Models of Economics like Raghuram Rajan or Arvind Subraminiam etc. may justify such populist pre-poll promises but surely the financial burden incurred on such welfare activities will pose unacceptable financial burden contra enhancing national power.

Why are these pseudo experts turning a “Blind Eye” to the “Mother of all Strategic Challenges – POPULATION EXPLOSION” and “Foster Mother of all Strategic Challenges – CORRUPTION”? Do they not realize that whatever populist welfare measures they may advocate cannot alleviate poverty if the strategic challenges are not addressed squarely and headlong? I cannot but dare challenge them to carry out an in-depth study – coordinated and holistic – and suggest credible welfare options for 200 billion low quality masses without adversely impacting other dimensions of national security.

National consensus is, therefore, pre-requisite or imperative, which today is anathema due to adversarial internal politics. Studied silence or mindless and meaningless cacophony in the media over overriding 2019 key electoral issue does not augur well for posterity of national security and interests.