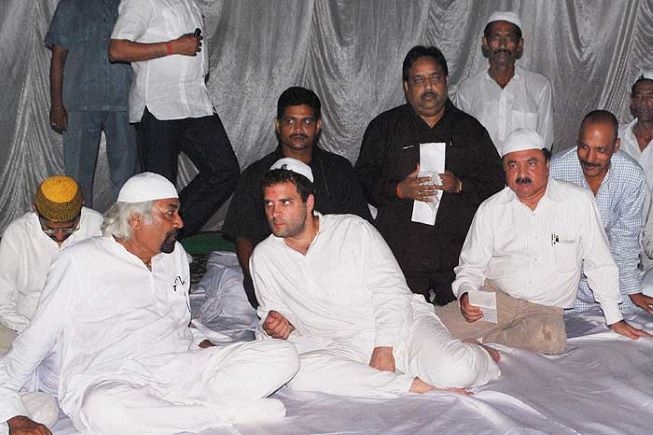 If a party’s leaders and its “narrow policies" are more important than the country, one should doubt the integrity of the party itself. Its ulterior motive should be exposed. Yes, wild allegations, vindictiveness, deceits are what have been adopted by the majority of leaders of certain political parties.

Please note that lot many things in the country have long been going against the very principles of democracy. Is it not too much that the Congress party should have a high command consisting of only one kind of people? A person with childish immaturity and lacking complete political acumen has been offered the highest post and is given free hand. I think it is utterly disastrous.

Not just that, in the party the seasoned political leaders are not allowed standing tall and exerting their influence. Is this not undemocratic itself? This perhaps is driving many people away from party for past few years.

With emphasis I further say that the aspirations of diversified communities cannot be fulfilled by those who have lost in the wilderness of selfishness and raw vindictiveness. Yes, the past sixty years have brought forth absurdities galore in Indian politics. We have leaders who are alleged criminals; we have leaders who have amassed untold wealth and so on. Some of our leaders are under matriculation who can’t even read the oath correctly.

Look at a person usually ends up being blacklisted for petty wrongdoing which bars him from getting even for a job. The miseries and worries only await him/her throughout life. But, on the other hand, the political leaders are allowed to run for the topmost posts in the country in spite of several serious criminal offenses pending against them and incompetency. Not just that, they can contest the election right from the “jail”. Is this not an abnormal disparity and also the soft underbelly of the Indian polity? Is this a healthy sign of democracy for which we are proud of? Still formidable, some of the parties’ leaders are coming out against the very principle of the sovereign nationhood. True, we have lot many questions than answers.

Very funny, those who ask for votes under the guise of Dalits are bursting with wealth. Yesterday they maybe in rags but today they are flushed with riches! Just check with Mayawati, Mamata Banerjee and the like. Were they all not entered politics wearing the outfit of penance and pledging to serve humanity? But they are now found to be involved in numerous unholy deeds. Discrimination, brutality, and arrogance are what they have embraced all along.

The solemn terms of significance like a comrade, proletariat, and communism of Communist party have almost reduced to the pretext just to eyewash the masses. Under the cover of this ideology, a lot many massacres have been brought off. Karl Marx, Friedrich Engels, Lenin, Mao Zedong must now be shedding copious tears in heaven as their followers are misreading their masterpieces and taking up the arms to hurt humanity.

Furthermore, here in the democracy you can emphatically speak “lies” and still you can claim yourself as the most truthful. Here the lies can also be “processed” successfully. It involves a simple technique. Repeat that lies as true many times. Many false ideas have thus been got across as true and vice versa. There are many agencies or service providers these days that discreetly help turn a lie into a wholesome truth. Thanks to the people who have almost learned to accept lies without any grudge!

Nothing could be so disgraceful than the fact that the common citizens are taken for a ride so easily in democracy. Look at, just to win the election the certain National party, more precisely Congress Party, is promising moon. Will be giving Rs 72000/- per annum to every poor citizen be viable. The party leaders in Andhra Pradesh are also assuring the “free electricity to all Masjids and Churches”, and very special facilities to the students following Islamic faith. Is it not against the constitution to practice open discrimination based on religions and castes?

Yes, no wonder, we just become awestruck by any “falsity” if that comes out from the political party we love to fall back upon. But we strongly condemn and belittle any worthwhile plans and policies if they are formulated and implemented by the party we choose to dislike. How come good initiatives done towards the nation building can be blameworthy? But too strange, that the renowned scholars and columnists come out to criticize and demean them. One feels, this way we have willfully "blunted the sharpness" of our own intellect and reasoning faculty. We also pollute our thought-process and mislead our general public and hurt the nation. 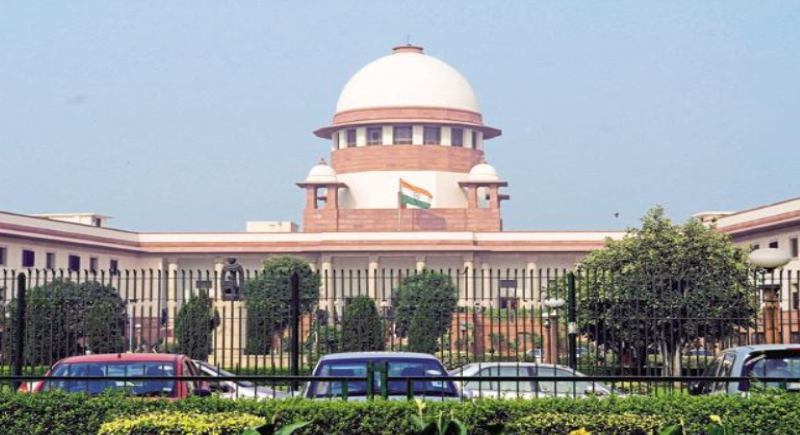 Here one’s question --- 'should we still hold the custodians of constitution free from blemishes and prejudices?' No, never they are quite “culpable” for such development. If one dispassionately re-evaluates the cases, one gets overwhelmed by the surge of despondency and regret. Our designated custodians have tolerated so much of lawlessness and the “self-expediency”. A good many past missteps or lackadaisical attitude of the “guardians” of the constitution have led us up to this tragedy. Keeping mum when a house is in fire is itself an open invitation to the trouble. It seems almost the same has happened in Indian politics. The guardians of the constitution have sealed their lips and as a result now we have an uncontrollably tumultuous orgy of political farce.

Phew, this is how in the cauldron of hot-mix of politics, the leaders without integrity and the confused citizens, the democracy has virtually suffered the irremediable disfigurement.