Delhi murder case will never become Dadri or Kathua, WHY? 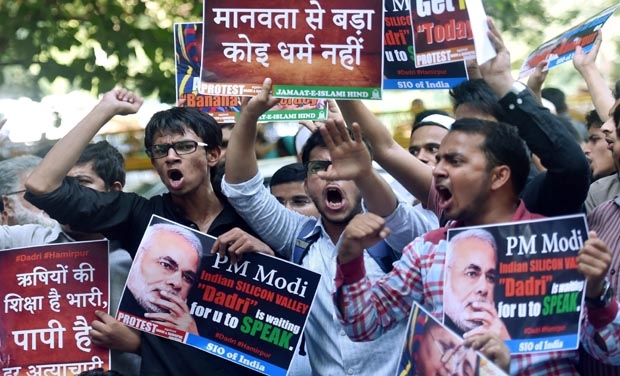 The incident that had happened in the capital town on last Sunday was dangerously shocking. A small businessman – Druv Raj Tyagi, a resident of Moti Nagar, West Delhi, was stabbed brutally who died the very next day. The reason behind this gruesome attack was that the business man’s daughter was often indecently taunted and eve-teased by a group of boys from other community in the locality. This had become a cause of serious concerns for the family members. On that fateful night, the father was returning from a clinic with his daughter who was quite sick. When a gang of youths passed indecent remarks upon the daughter, the father could not tolerate it, he felt very humiliated. He immediately determined himself to approach the parents of one of the main boys.

The father of the boy, Jahangir Khan, instead of apologizing and pacifying Tyagi and taking his son to task, started hurling the abuses at him. Very soon many other Jahangir’s relatives joined him and started thrashing the man. In the meantime, Jahangir took out a knife and stabbed multiple times in his abdomen. Hearing the loud cries of the father, the son – Anmol Tyagi immediately rushed to the spot. But Jahangir Khan again aggressively attacked the boy with the same knife. Due to deep injuries in Tyagi’s liver, kidney, and intestines, he died on Monday while the son is still battling for the life. 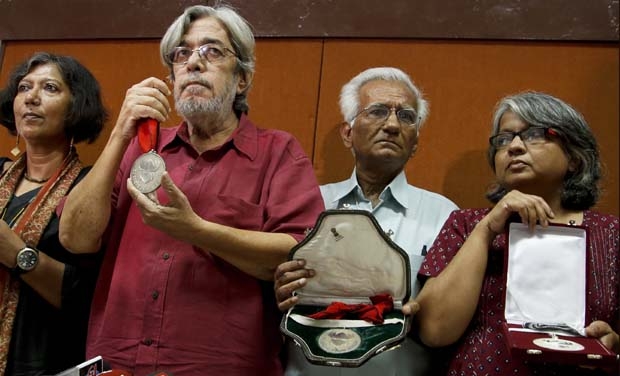 Such cases of brutal attacks or sexual overtures on the particular community are increasingly happening across the country. No matter how heinous the crimes, no matter how brutal the sexual torture, they never become "Kathua and Dadri", nor do any leaders visit the scene of the crime to console the aggrieved victims of the majority community. Nor any noted NGOs, nor elite groups come out in protest and condemn the incidents. Even the bloodiest incidents of Ankit Saxena, Pankaj Narang, Sunita, Riya Gautam and so on could not evoke any sympathy of our celebrities and political leaders, nor of 'AWARD-WAPSI' gang.

Needless to say, hardly any candle marches are held and placards displayed in condemnation against the criminals if the victims are from the majority community. Are the pains and agonies of the majority less hurtful and the perpetrators less sinful? Is this not disgustingly inhumane trend? 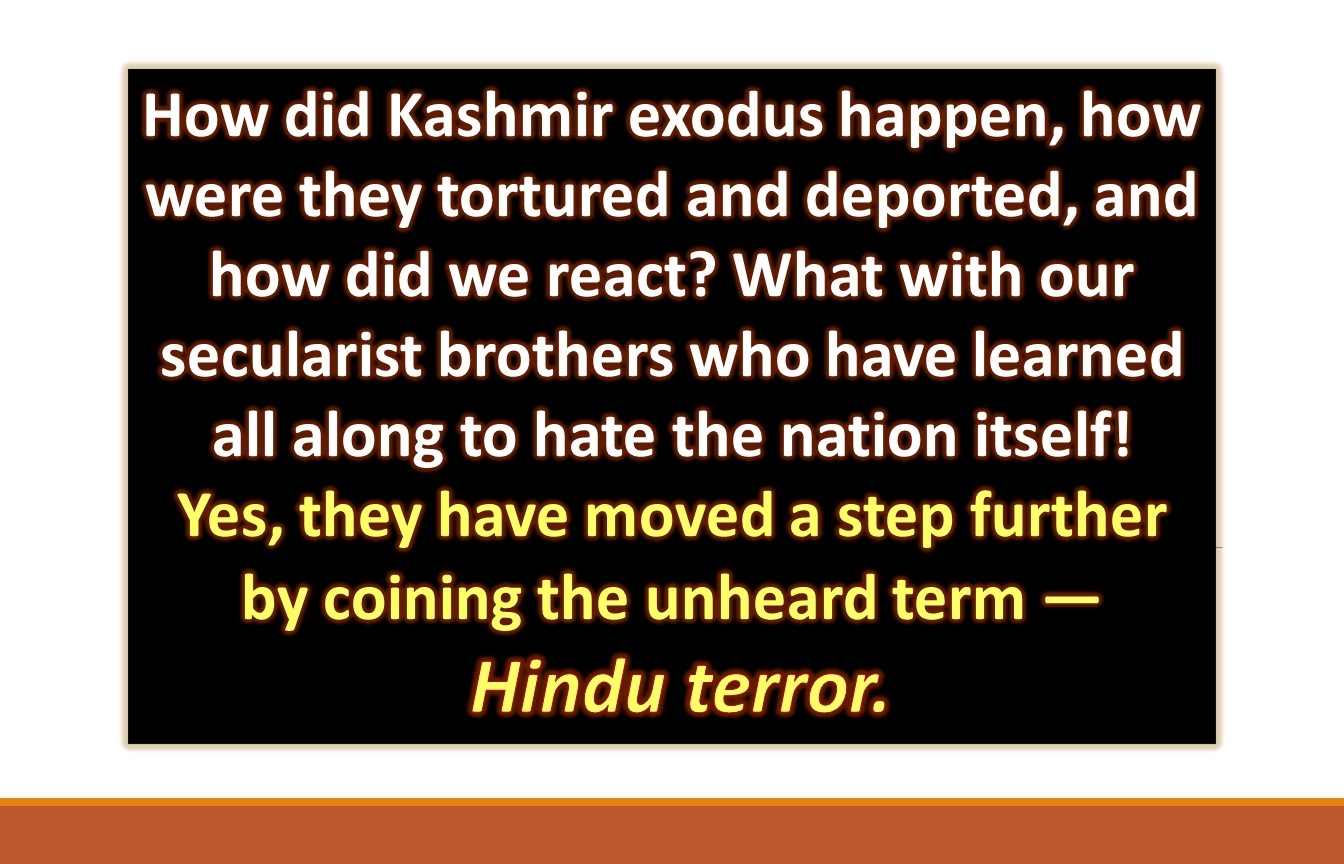 Please note, not just the only women are unsafe in India. The time is not far off when the entire majority population of the country will be screaming for the safety and security in their own land. How did Kashmir happen, how our people were tortured and deported, and how did we react? What with our secularist brothers who have learned all along to hate the nation itself! Yes, they have moved a step further by coining the unheard term -- Hindu terror.

We are very WEAK, we are very timid — we have no more “kshatriya blood running in our veins” to defend ourselves and to protect our own land of birth. Kerala, West Bengal and some pockets of Assam are already up in arms against us.

Alas, our inaction, our meek silence and our deceptive “chant of secularism” has almost put the major populace under the ominous threat.

Wake up before the dagger of violence hacks the neck of this rich civilization!