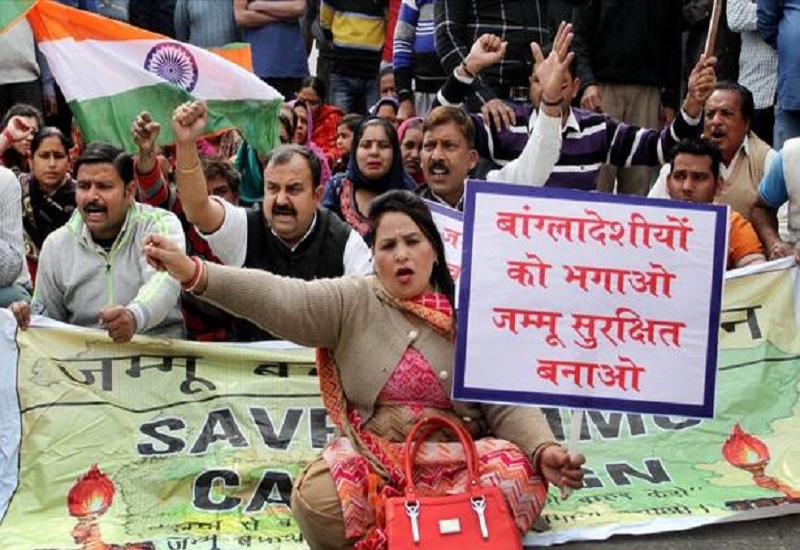 It’s highly condemnable that some goons in Kolkata have also destroyed the statue of Ishwar Chandra Vidyasagar, the pride of Bengal. He was a great scholar and a social reformer who worked for the overall welfare of society and always upheld human values. The vandals, who usually harbor evil thoughts, cannot tolerate and nor can they respect the virtues of a person. All right-thinking citizens should vehemently condemn such act of hooliganism.

Yes, it’s worrisome to note how one political party is blaming the other. If there is smoke from the fire, it is certainly due to "damp" wood. Who are those damp woods that are contaminating the social environment in Bengal is not very hard to guess! Of course, it was unarguably a premeditated act considering there were a good number of youths already inside the campus in the evening when the college was on “vacation”. The two gates, which other times remain closed, were open that day. Who can “overpower” the authorities of the institution to open the gate when the state is ruled by an ill-tempered and maverick Chief Minister?

No denying, in Mamata’s Bengal such destructive elements have increased by leaps and bounds and thriving on the extra facilities and cares. Open intimidation and vandalism by special citizens have long been a cause of serious concerns for the natives. But no noises of intolerance by any prominent forces from any quarters.

The usual party rivalry and vindictiveness has turned into the brutal enmity and bloodshed in the present Bengal. The hands of the state’s police hands literally tied. They cannot arrest Didi’s swarms of non-dressed infantries. How many innocent people have been shot dead or injured by TMC cadre in past three years is unaccounted -- the latest being Joydeb Barman, a BJP leader from Cooch Bihar, who was shot dead allegedly by TMC workers with an AK-47 rifle a few days back. Hardly any print media carried this news, nor any TV channels called for the newsroom discussion to condemn the bloody murder.

Again, about two weeks back one political activist – Priyanka Sharma was detained for over six days and harassed by police when she re-posted a morphed meme of Mamata Banerjee. It seems state police forces are only on their toe to support the evil to breed and suppress the voices against the anarchy in the state.

There is another bombshell relating to Mamata’s special people. Very recently they made a public announcement from the mike warning people from Hindu community to leave the place or bite the bullet. As per the number of WhatsApp clippings that are going around the situation is very seriously ominous.

The video footage of crying and weeping crowds of Hindu Bengali, Bihari from Diamond Harbour areas are exceedingly heart-wrenching to see. But this dangerous development was not brought out by any media.

Frankly speaking, people in certain pockets of the state have already experienced a Kashmir type (1989) situation. They have been leaving in frenzied panic their homes to safety as their residential units have been torn apart or burned down. No one has come to the rescue of the aggrieved Hindus.

Again, how does one define a state in which the Hindu temples are deliberately desecrated and idols smashed to pieces? There is a case that even BEEF was thrown into the sacred temple in Alampur by a particular community.

Here what is too shocking is that no media ever raise the alarm bell, nor they scream that democracy is in danger, no intellectual write columns to condemn such kind of instances and highlight the real plight of the natives.

Really speaking, what has happened today in West Bengal could happen in Odisha and Bihar tomorrow. Is cancer in "one square millimeter skin-area" not enough to kill a man with a huge structure in a due course of time? One strike of a match-stick is enough to reduce a huge number of building structures to ash. The utter passivity and unconcerned attitude of the majority is only proving detrimental.
How long should the majority be the victim of the “intellectual of hypocrisy” --- one of the fundamental causes of the scourge? Hindus are undermined, they are oppressed, they are suppressed, they are tortured and they are kicked out of their own native place.

Enough is enough. Rise up from your slumber. Do not let the majority to be slaughtered thus at the altar of complacency, discrimination, pseudo-secularism, and insane politics.