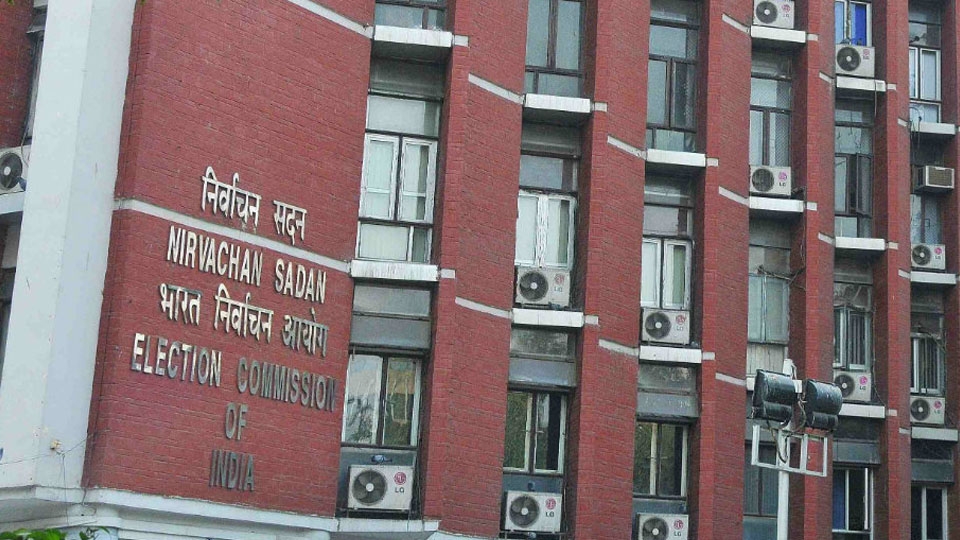 The Election Commission (EC) is under fire from all quarters: political parties, Supreme Court, voters, media and even former bureaucrats. “Fire and Fury” of political parties against the EC is largely to obtain “ban” on campaigning by rival icons – largely cosmetic and temporary.

What is the reality of the EC ineffectiveness or incompetent performance in today’s factitious electoral environment?

In retrospect, even democracy can be compared to a game of “Hockey” wherein the players run amok with their sticks beating each other instead of playing the game as per rules with the “Umpires” watching the gory happenings helplessly. Also, with the partisan spectators jumping into the field and fray, what can the Umpires do? Exactly that is what is happening in Bengal! Why blame the EC?

Be that as it may, who are responsible for ECs shortcomings? The answers are simple. All the four pillars of the Constitution – Executive, Legislature, Judiciary and Media, alongside society, are squarely responsible and accountable for the EC’s failure to deliver on various counts. Blame all those who drafted and institutionalized the EC in the first instance – political masters of the day in 1950s.

Of course, the EC’s credibility - independence, fairness, impartiality and efficiency - is at its lowest level allegedly due to its inability and incompetence to deliver reprimands promptly on MCC violations. Choicest expletives are being hurled at the EC by political parties and rivals. For example, the Model Code of Conduct (MCC) is derisively termed as “Modi Code of Conduct” by opposition parties.

Why did those who drafted and approved the constitution of the EC failed to confer on it judicial powers like courts to act against those violating the provisions of the MCC in a time-bound manner? If the CBI can have specially designated CBI Courts, why not the EC too have its own CBI Courts?

Why did successor elected political representatives institute/incorporate refinements and reforms considered vital to stem the rot in the conduct of the electoral processes starting with the “enrolment” of voters?

No need for strident critics of the EC to derisively highlight the EC as “toothless or spineless” having sustained its status quo ante status.

Why did not the Supreme Court in the past 70-years take suo motto cognizance of the creeping rot in the electoral processes and issue a directive to the Parliament to ensure expeditious enactment of electoral refinements and reforms?

Furthermore, what were the 66 former bureaucrats doing whilst in service to highlight the shortcomings in the present electoral system? All that the President can do and act even now is to convey their concern to the government for appropriate action deemed necessary which will be consigned to the dustbin since the legislators will squabble and oppose any refinements/reforms that will undermine their own power games proceeding, during and after the elections.

The latest furor over the efficacy of the EVMs after having allowed their introduction to overcome the shortcomings/weaknesses in the ‘paper ballot’ election process is yet another worst fraud, particularly after the introduction VVPATs. Nowadays it is quite common for opposition parties to approach the Supreme Court over the EVMs issue and demanding 50% VVPAT counting.

Is the criticism of the EC and the MCC, therefore, justified? All that the EC is expected to provide is fair level field to all contesting political parties and candidates, which depends entirely on the “players’ behavior in the electoral game.

What is the reality? EC has limited powers only. It can only act within their limited powers. The MCC has no statutory backing. Its powers are limited to expressing displeasure, at the most to reprimanding or censure or banning defaulters from conducting campaigns for limited periods. According to the former legal advisor to the commission, the EC can only act in a very restricted manner and that its power cannot uproot players from the political fight.

To gain an insight into the current electoral process, key extracts of the MCC are reproduced:

· No party or candidate shall indulge in any activity which may aggravate existing differences or create mutual hatred or cause tension between different castes and communities, religious or linguistic.

· Criticism of other political parties, when made, shall be confined to their policies and program, past record and work.

· Parties and Candidates shall refrain from criticism of all aspects of private life, not connected with the public activities of the leaders or workers of other parties. Criticism of other parties or their workers based on unverified allegations or distortion shall be avoided.

· There shall be no appeal to caste or communal feelings for securing votes. Mosques, Churches, Temples or other places of worship shall not be used as forum for election propaganda.

· All parties and candidates shall avoid scrupulously all activities which are “corrupt practices” and offences under the election law, such as bribing of voters, intimidation of voters, impersonation of voters, canvassing within 100 meters of polling stations, holding public meetings during the period of 48 hours ending with the hour fixed for the close of the poll, and the transport and conveyance of voters to and from polling station.

· The Party or candidate shall inform the local police authorities of the venue and time any proposed meeting well in time so as to enable the police to make necessary arrangements for controlling traffic and maintaining peace and order.

· A Party or candidate shall ascertain in advance if there are any restrictive or prohibitory orders in force in the place proposed for the meeting. If such orders exist, they shall be followed strictly. If any exemption is required from such orders, it shall be applied for and obtained well in time.

· Excepting the voters, no one without a valid pass from the Election Commission shall enter the polling booths.

· The Party in power whether at the Centre or in the State or States concerned, shall ensure that no cause is given for any complaint that it has used its official position for the purposes of its election campaign and in particular –

· Government transport including official air-crafts, vehicles, machinery and personnel shall not be used for furtherance of the interest of the party in power; 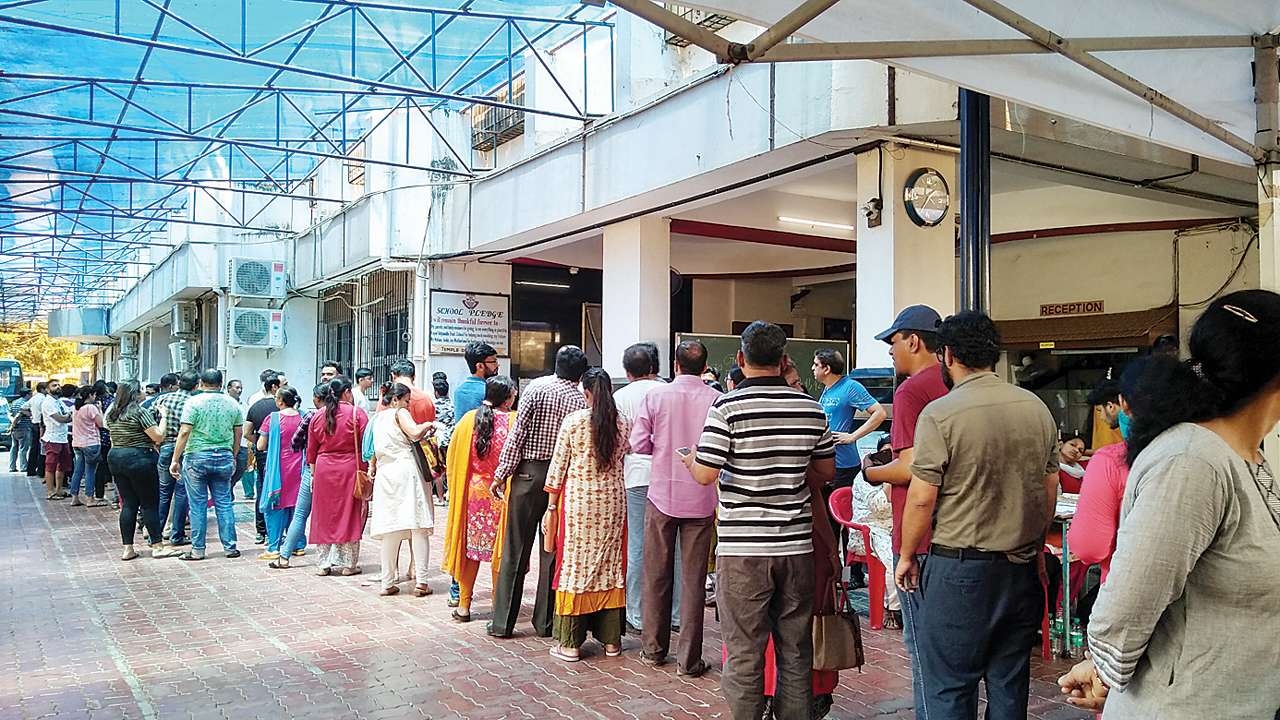 Even a layman today knows that the fraud starts at the ‘first step’, that is, voter registration, revision and electoral rolls preparation through local administrative machinery besides issue of identity cards. Often, quite a few irregularities including non-inclusion/deletion of names en bloc are reported. The system allows candidates facing criminal charges to contest elections.

Most important is the need for reform of the present “First Past the Post” electoral process which is seriously flawed. One, candidates win elections with minority percentage of votes out of total votes polled. Members who got less than 10% votes have also won elections like in J & K. Very few members have won with more than 50% of votes. Two, parties with less than 30% of votes emerge as single largest party and claim the right to form coalition governments. Other parties whose total votes polled are over 50% and the sections who voted for them having no voice.

Three, money power plays a dominant role - a rich man’s game. Aspirants pay huge sums to party hierarchy to get tickets. Money power and muscle power are mutually interdependent making mockery of the game of ballot box. Nearly one third of MPs, that is, 158 out of 543 in Lok Sabha face criminal charges.

Four, the current system allows unlimited tenures/opportunities for the Prime Minister, Cabinet Ministers and MPs/MLAs and all other elected posts. Naturally, it encourages perpetuation of dynastic inheritance thereby making a mockery of democracy.

Finally, the spread of election schedule over 2 months due to security requirements also needs review. After all, the nation cannot be perpetually in election mode.

Since 1990, there have been at least seven comprehensive government-commissioned reports. Yet, reforms implemented till date are restricted to introduction of EVMs, voter ID cards and holding elections in phases to ensure fool-proof security. Unless reforms proposed by the EC are comprehensively addressed and implemented, there is no hope for posterity of democracy.

Also, the much-maligned Model Code of Conduct (MCC) which is prescribed, but violated with impunity. Disinformation campaigns or mutual recriminations are carried out on “No holds barred” approach by opposing leaders with utter disregard to their fallout on society. Media adds fuel for fire to spill over. At the Special Conclave of India Today at New Delhi on 31 March 2008, Farooq Abdullah observed that “every election in independent India has divided people. It has divided the nation into castes, religions and provinces. Will we ever change?”

In sum, credibility of elections is a bogey - Herculean challenge considering the challenges outlined. In retrospect, it is perpetual electioneering day in and day out for one post or another in some part of the country. Yet, independent international observers have high praise for the free and fair manner of conduct of elections. Today, their conduct is mired in controversies.

Everyone proclaims that they want electoral reforms - the EC, the Parliament, the Government, the media and the Civil Society. Since 1990, seven commissions have submitted comprehensive proposals suggesting electoral reforms.

Some of the key reforms include: Replacement of the ‘First past the Post’ by “second preferential vote’ practice based on first past the 50% of vote’s polled/eligible or appropriate ‘Party List’ system; Reduce the plethora of political parties in the fray; Anti-Defection Law ; limiting number of terms for the Prime Minister and also Chief Ministers to two terms only; Restricting number of seats from which one can contest elections to one only; Disqualify candidates against whom investigations are completed and charges filed, but trail and conviction are pending; Rule Making Authority to be vested in Election Commission; Use of Common Electoral Rolls for Elections Conducted by the CEC and SECs; Need to Increase Security Deposit of Candidates; Simplification of Procedure for Disqualification of a Person Found Guilty of Corrupt Practice; Affidavits to be filed by Candidates on Criminal Antecedents; and etc.

Reforms implemented till date are restricted to introduction of EVMs, voter ID cards and holding elections in phases to ensure fool-proof security. Reforms, therefore, are mostly peripheral and do not address fundamental issues. Unless fundamental issues are addressed squarely without prevarication, representative parliamentary democracy in its existing form may not deliver anymore.

Time is also ripe for institution of ‘right to recall’ to ensure accountability of the members.

Whatever electoral reforms may be considered, three outstanding issues must also be included – Women’s Reservation Bill (30% reservations), OBC, minorities and SC (A, B, C, D) quota demands and “Quota-within-Quota” demands - political equity. Time is running out to reform the system. When the time for action comes, leadership retracts largely to safeguard selfish and parochial interests.

Ipso facto, uncertainty of electoral outcomes haunts leaders and political parties. One rural voter succinctly highlighted “Today those who cry hoarse ‘Zindabad’ also cry hoarse “murdabad” on the next day. Provoked by leaders rejected at the battle of ballot box in opposition and intellectuals suffering from deprivation psyche syndrome, people are taking to streets and indulging in hooliganism against the Society and forces representing the State. Paralysis of the State and the Society on every single issue is a recurring feature. Its fallout is chaos and anarchy.

To sum up, the Great Indian Society is, no more, a replica of society of 1950. The toothless EC can only deliver that much that is possible under the present electoral system. If electoral and political reforms, which are already proposed by the EC, are not expeditiously refined, ratified and enforced, political equity and justice may remain a forlorn hope for the majority of historically deprived sections of society. It would automatically lead to systemic breakdown of parliamentary form of liberal democracy sooner than later. Kleptocrats, autocrats, anarchists and criminals have already hijacked democracy. Considering the vicious politics on grand display, people must awake and determine what they want – real democracy? Blaming the EC does not serve any purpose.