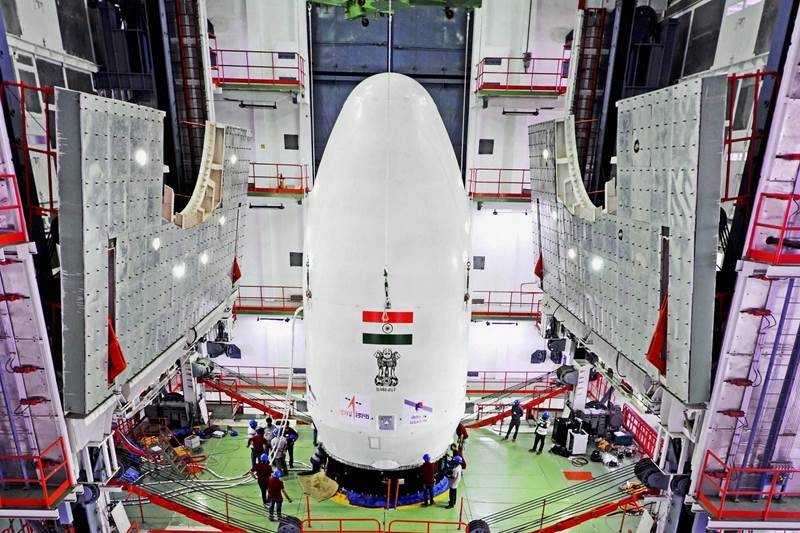 After successfully testing an Anti-Satellite (A-Sat) Missile in March 2019 and initiating the raising of a new Tri Service Defence Space Agency in May, India is now planning to conduct its first “Simulated Space Warfare Exercise: Ind Space Ex” in July, 2019.

This exercise will be a ‘Table Top War Game’ under the aegis of the Integrated Defence Staff with participation of Military and Scientific Community to counter likely threats to its Space Assets from its enemies.

The Aim of the exercise is to (a) Assess the requisite Space and Counter Space capabilities that are needed by India to ensure protection of National Security Interests; (b) To create credible deterrence in the space domain to prevent our adversaries from blinding and deafening our Armed Forces by taking out our satellites vital for surveillance, Communication, Missile early warning, Precision Targeting; (c) Grasp the Strategic Challenges in space, and (d) Develop Military Capabilities in Space in terms of both Kinetic (Direct Ascent Missiles, Co Orbital Kill Satellites) as well as Non Kinetic (Lasers, Electromagnetic Pulse) weapons.

India cannot match China who has more than 150 Satellites in the orbit against 43 Indian Satellites in the field of Communication, Navigation and Earth Observation. Indian Armed Forces have only two dedicated Military Satellites in the orbit for Surveillance, Navigation and Communication purposes. India took the first step towards developing a credible Counter Space Capability under ‘Mission Shakti’ when it launched a 19 ton Interceptor Missile to destroy the 740 kg Micro Sat R Satellite, at an altitude of 283 km in the Low Earth Orbit (LEO), in a ‘Hit to Kill Mode’ on 27 March.2019; when DRDO Chief G Satheesh Reddy had stated that India was developing Counter Space Capabilities like Directed Energy Weapons, Lasers, EMP and Co Orbital Killers to protect its own satellites from Electronic or Physical Attacks. Since then the new Defence Space Agency was raised by amalgamating the Defence Imagery Processing and Analysis Centre (Delhi) and the Defence Satellite Control Centre (Bhopal) in May 2019 by Modi Government.

A) Ballistic Warfare. In 1970s 1980s; Soviet Union and the United States theorized, designed and tested weaponry designed for warfare in Outer Space for destruction/defence. Space warfare was seen primarily as an extension of Nuclear Warfare, Ground and Sea based Missiles. Space based Missiles were not attempted due to the Outer Space Treaty which prohibited use/installation of Nuclear Weapons in Outer Space. During various Weapon Tests two facts emerged; that the ballistic missiles are fragile and that chemical lasers project missile killing energy, meaning that lasers could be put into space to intercept Ballistic Missile. This system consisted of Ground and Space-based Anti-Missiles to Railguns, Space based Lasers and Orbital Mines. This was the beginning of American President Ronald Reagan’s ‘Strategic Defence Initiative’ of 1983, nicknamed "Star Wars". India has achieved this feat by developing Brahmos and Agni series of Missiles.

B) Electronic Warfare. With the end of the Cold War, space became a Supporting Theatre for Conventional Warfare. Currently, Military Operations in Space consists of tactical advantages of satellite based “Surveillance, Communications, and Positioning Systems” used to deprive an opponent of said tactical advantages. These were designed to Jam, Sabotage, and Outright Destroy enemy satellites, and protect friendly satellites against such attacks. To this end; small, highly mobile satellites called "Micro Sat" about the size of a refrigerator and "Pico Sat" approximately 27 litres in volume, capable of manoeuvring around and interact with other orbiting objects to repair, sabotage, hijack, or simply collide with them. Though India is quite nascent in this field, it has the knowhow and can develop this capability as and when required.

C) Kinetic Bombardment. Another form involves extension of conventional weaponry into orbit for deployment against Ground Targets with Kinetic Bombardment, i.e. orbiting magazines of non-explosive projectiles to be fired upon hardened targets from Low Earth Orbit since energy a projectile would gain while falling from orbit would make it most powerful explosive. A direct hit would destroy most hardened targets without the need for nuclear weapons. This system requires a 'Spotter Satellite’ to identify targets from orbit with high-power sensors, and a nearby 'Magazine Satellite’ to fire a ‘Tungsten Dart’ onto it with a small rocket motor. India has achieved this as was evident in Mission Shakti.

D) Directed Energy Weapon. These futuristic weapons, wherein a Space based high-energy weapon destroys a Terrestrial Target use; Lasers, Linear Particle Accelerators, Plasma; which involve the acceleration of charged or neutral particles in a stream towards a target at extremely high velocities, the impact of which creates a reaction causing immense damage. Directed Energy Weapons are more practical and more effective in a vacuum i.e. space than in the Earth's atmosphere. These concepts are akin to Nazi Germany Project of 1943-45, nick named “Wunder Waffe: Sun Gun”, which would have concentrated the sun's energy on a Ground Target. India is lagging behind in this field but is likely to catch up soon.

E) Space based Lasers. Light Amplification by the Stimulated Emission of Radiation (LASER) pumps energy into atom molecules, creating an electronic state that releases energy in the form of photons. The photons pass by other molecules, spreading energy, making more photons. To make an actual Laser, a beam has to pass through mass quantities of Laser Medium by bouncing back/forth and exit. Efficiency of the Laser relies on the amount of heat that exits meaning that the power of the laser far outweighs the chemical efficiency. Laser blows holes into missiles/targets they are aimed at, as long as they are aimed correctly and the heated molecules exit the beam quickly. A Laser Beam with an intensity of around 10 million watts per square centimetre would cause the air immediately in front of the target to ionize, which would create a layer of plasma as the beam hits the surface. The plasma would absorb the energy of the laser beam and grow extremely hot, approximately 6,000 degrees Celsius. The plasma would distribute this energy in two ways, by emitting Ultraviolet Radiation and by expanding explosively. India is lagging behind in this field too.

Directed Energy Weapons/Space based Lasers, put on Satellites in Earth orbit, will be affected by the altitude of the Satellite, what the laser is supposed to be targeting and where, height of the Satellite, the Capacity of the Laser and the Hardness of the Missiles. Equipment in the satellite improves the performance of surveillance, acquisition, and tracking, as well as damage assessment, and management functions. Space warfare is conducted at far greater distances and speeds than terrestrial combat. The vast distances involved pose difficult challenges for Targeting and Tracking.

Factors which make engaging targets in space very difficult are: (a) Vast distances involved mean that an error of even a fraction of a degree in the firing solution could result in a miss by thousands of kilometres, (b) Space travel involves tremendous speeds by terrestrial standards; a Geo Stationary Satellite moves at a speed of 3.07 km/s whereas objects in Low Earth Orbit move at a speed of 8 km/s, and (c) Though distances are large, targets remain relatively small. The International Space Station, currently the largest artificial object in Earth orbit, measures slightly over 100m at its largest span where as Quick Bird Satellite measures a mere 3.04m.

Military Simulations, also known as War Games, are Simulations in which theories of warfare can be tested and refined without the need for actual hostilities As a general Scientific Principle, most reliable data comes from actual observation and military analysis will depend on it. Full-scale military exercises, or even smaller-scale ones, are not always feasible or even desirable as it costs a lot to release troops and material. Ind Space Ex : Simulated Space Warfare Exercise will, most probably use Extended Air Defence Simulation; a constructive simulation system that provides simulation of Air, Space, and Missile Warfare to provide Operational, Planning, System Trade Analysis, and Execution Support in Joint Settings. Modi Government has taken a step in right direction to make India Militarily Strong Geo Political Power. It remains to be seen if the same pace continues. Only time will tell.