Chapekar brothers – the founders of revolutionary movement in India 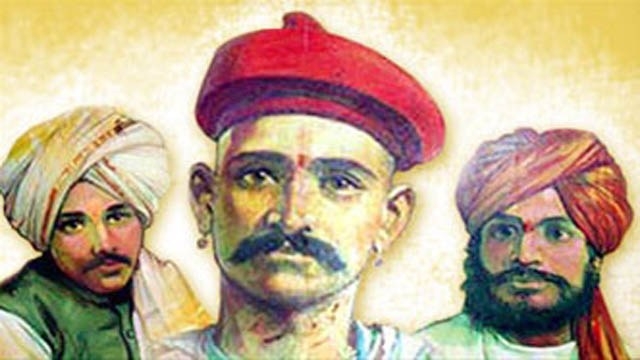 Exactly one hundred twenty-two years ago on the same day three brothers - Damodar, Vasudev and Balkrishna Chapekar - fired with the intense desire to avenge the dignity of their society and religion, did shake the very foundation of the then British Occupation Government of India. The incident came as a rude shock to the British government as the it happened on the day when the most powerful Empire was celebrating the Diamond Jubilee of Queen Victoria.

Like all other cities, Pune too was celebrating the Queen Victoria’s Diamond Jubilee at the Government House, where the Savitribai Phule Pune University is housed currently. As the celebrations ended a horse carriage rolled out of the bungalow and moved towards the Ganeshkhind Road. Seated inside was Walter Charles Rand, who was specially appointed as the Chairman of the Special Plague Committee in Pune. His Military escort Lt. Ayerst was following him in his own carriage.

The moment they passed through the Ganeshkhind, a sound shrilled the night’s silence. “Gondya Ala re Ala”, shouted Damodar Chapekar, one of the three brothers who were laying in wait for their prey. The officers were completely unaware of what was waiting for them. The moment they passed the Yellow Bungalow, Balkrishna heard the call for “the target has arrived”, he entered the carriage and fired from his pistol. But it was Ayerst and not Rand.

Soon Damodar and Balkrishna understood their mistake. Damodar followed his third sibling Vasudev who was chasing Rand’s carriage. Damodar succeeded in reaching target and fired at Rand – their intended target who had brought shame to Pune in place of relief to plague victims. Rand was seriously injured but taking him to be dead, Damodar fled the spot.

All of them came to their placed and hid the weapons in the well in the backyard of their house.

It was in 1896, Pune witnessed the Plague epidemic. It came to the city from Mumbai and by early 1897 it assumed the form of an epidemic.

The plague took a heavy toll on Pune’s populations. More than half of Pune’s population had fled to other areas to save them from this new danger. The Plague consumed about a large section of population when the colonial government decided to take some serious steps to curb the further spread of the disease. It formed a Special Committee on Plague and appointed Rand as its Commissioner.

Rand got into action and established hospitals, quarantine camps and measures like disinfecting the areas. But soon these steps led to more brutal actions that would hit at the dignity of the affected families. And this insult had ignited the fire of anger among the youths like Chapekar brothers.

Lokmanya Bal Gangadhar who was described as “Father of Indian Unrest” by Valentine Chirole, lambasted at these brutalities committed by Rand and his officials and men in the name of Plague in his daily columns in Kesari. His editorial “सरकारचे डोके ठिकाणावर आहे काय?” (Is the government acting in its senses?) became so famous and widely read forcing the government to keep a watch on him also. Youth like Damodar, Vasudev and Balkrishna were so moved by such writings that they decided to avenge the insult to the dignity of Pune by killing Rand.

The Chapekar family was very conservative and orthodox an of course a poor family. They used to perform ‘kirtan’ in nearby temples to earn their livelihood. The three brothers were inspired by the sense of rebellion against the British. The strong language used by Lokmanya Tilak further stoked the fire in them. They decided to kill Rand who had ashamed hundreds of families in Pune by insulting their elders, misbehaving with their women and disrespecting their deities in the name of Plague.

As the operations to contain the spread of the epidemic began, Rand also resorted to his reign of terror. He deployed forces and gave them full authority to enter into any house and upset the things. The soldiers even stripped men, women and children naked for ‘check-up’ even in full public view before evacuating them to quarantine camps or hospitals. They also destroyed the property and insulted the deities for which they did not have permission.

These actions of the soldiers at the behest of Commissioner Rand prompted Chapekar brothers to take revenge by killing the main person behind this insult. And they did it. Damodar started a ‘Chapekar Club’ where he would gather like-minded youth and inspire them against the British government.

However, Damodar was arrested soon after the incident and tried and hanged. While in Yerwada Prison, he met Lokmanya Tilak who was also serving his term there, and conveyed his with to be cremated according to Hindu rites.

The sacrifice of Chapekar brothers inspired a teenager far away in Bhagur near Nasik to take a vow in front of his family deity to fight for the freedom of Mother Bharat till his last breath. He was non other than the Veer Vinayak Damodar Sawarakar who later rose to the position of the leader of the revolutionaries in India and threatened the British Government shaking its foundations from the hilt. Lala Lajpat Rai, one of the famous members of the ‘Lal-Bal-Pal’ trio has very correctly described Chapekar brothers as the founders of the revolutionary movement in India. 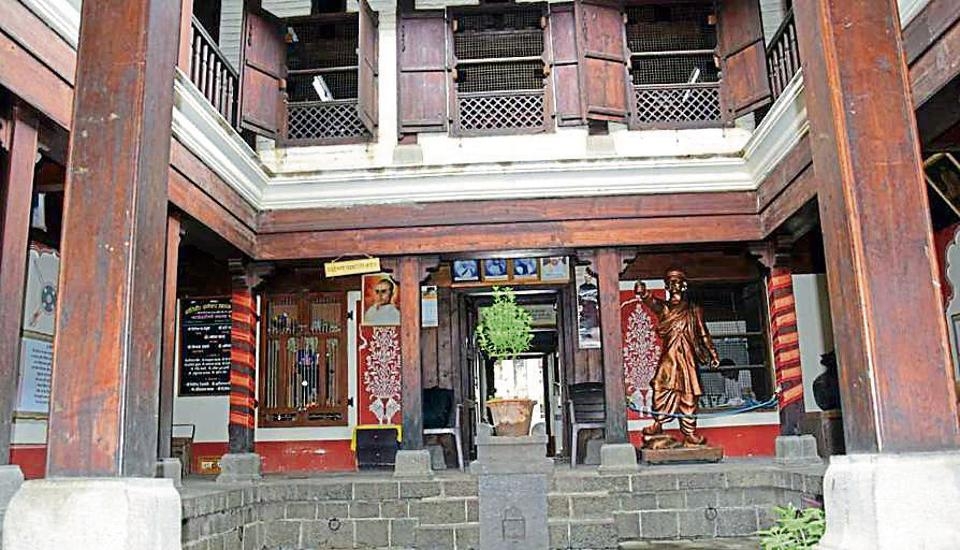 I had an opportunity to visit the Chapekar Wada, the residence of these great sons of Mother Bharat last month. The Wada is located in Pimpri Chinnchwad area of Pune and was in most dilapidated condition. It even became a den of anti-social elements. It was because of the efforts of Girish Prabhune, a social activist, that this historical building was freed from the clutches of the anti-social elements, renovated without disturbing its original ethnic look and developed into a center of social activities. Prabhune conducts a variety of activities from here that supports and aims to bring out the best of Pardhi children by honing their inherent qualities and giving them secular education.
Chapekar Brothers Walter Charles Rand Pune Plague epidemic Lokmanya Tilak 'Gondya Ala re Aala'