Please, do not insult the popular mandate 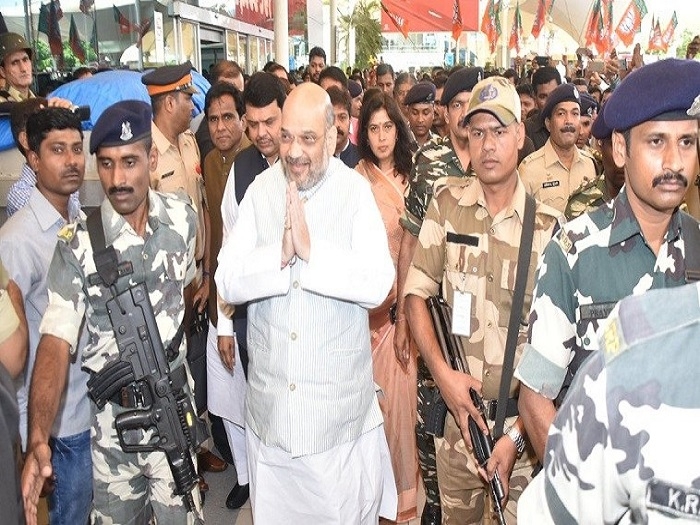 The 2019 Lok Sabha elections have given a clear mandate to the BJP and the National Democratic Alliance (NDA) led by it. The BJP on its own improved its 2014 tally of 282 to 303 in 2019 while the NDA together secured 350 seats in the 542-member Lok Sabha. This is by all means a historical and monumental victory by the BJP – often described as the ‘right wing extremist Hindu party’ by the ‘Khan Market Gang’, Lutyens’ Delhi media and their co-passengers in western media.

When the elections were mid-way, the TIME Magazine of US published a cover story titled “Narendra Modi- Divider in Chief” discussing at length how the Modi doctrine has ruined the secular, cosmopolitan and pluralistic character of India. The same TIME Magazine praised Narendra Modi in the very next issue as “The only Prime Minister who united India after Independence”. This somersault by the TIME Magazine caused great flutter and noise in the media world and also became a matter of debate amongst the commoners.

But with that began a new game. This new narrative has very mischievous and dubious intentions. Those who propagated this are stalwarts in their own fields. They are people like Nobel Laurette Dr Amartya Sen, the most famous Dr Abhay Bang of Gadchiroli and many such. They came out with a theory that the BJP did not receive the mandate of majority voters. In fact, the BJP did not even receive 50% of votes polled, they say. Hence, the Narendra Modi government should not disrespect or ignore those (and according to them they are in majority) who did not vote for the BJP.

These people are joined by the news media across the globe including New York Times, Washington Post, Wall Street Journal, The Guardian, The Observer, Le Monde, Die Zeit and Haaretz and BBC and CNN (as quoted by Dr Sen in his article in Indian Express dated May 29, 2019) that criticized the ways and means of the BJP’s victory, including instigation of hatred and intolerance of groups of Indian citizens, particularly Muslims, who have every right to be treated with respect.

They say that the BJP won the parliamentary elections with majority of seats but they got only 37 percent of votes and therefore, they have no right to ignore or disrespect those 63 per cent voters who did not cast their votes in the BJP’s kitty.

Fine. Well said. Prime Minister Modi while addressing the BJP-NDA MPs in the central hall of the parliament immediately after the election results were declared, unequivocally said that they will work for those who voted and who did not vote for the party without any discrimination, fear or favour. But these so-called intellectuals could not digest the spectacular victory of the BJP and are not even ready to accept is as the popular mandate. They are ready even to dishonour and insult this mandate of the Indian electorate.

Well, the statistics tell the other story. In the 2019 elections, the BJP emerged as a majority party bagging more than 50 percent votes in at least 13 states and Union Territories. This is historical and monumental! Even the Congress party could not present such a performance since independence. According to records, the Congress’ vote share dwindled between 45-47 percent since 1952 to 1984 when the party riding on a sympathy wave after the assassination of Indira Gandhi bagged 426 seats in the Lok Sabha with 49.10 percent votes. 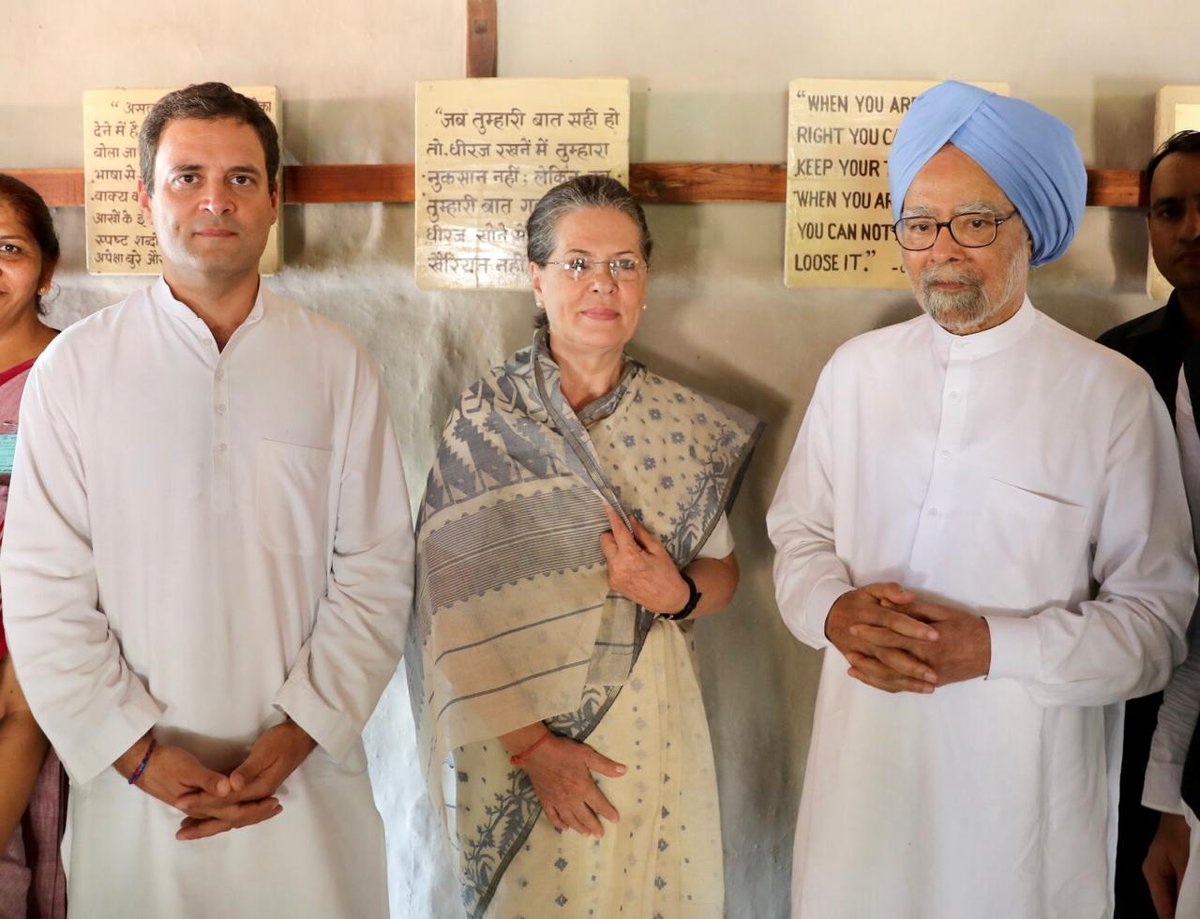 Out of these years the Congress was in power at the centre from 2004 to 2014 for two consecutive terms and its vote percentage was just 26.53% and 28.55%. Even if we consider the arguments of Dr Amartya Sen and his likes, this vote percentage of the Congress party was well below the 37% votes received by the BJP in 2019! And how did they behave with those who did not vote for them in 2004 and 2009?

Remember the bogey of Hindu Terrorism and Saffron Terrorism raised by the very Congress party that was elected to power by just 26.53% percent of voters? And the creation of the extra-Constitutional authority called National Advisory Committee (NAC) headed by a Congress MP and President of the Congress Party Sonia Gandhi who did not enjoy any statutory position and office, and the attempt to bring about the Targeted Violence Bill to crush the Hindu society permanently?

The remaining 73.47 percent voters, majority Hindus, did not vote for the Congress, and yet they were humiliated, insulted and disrespected by the Congress party government. Where were those Amartya Sens and Abhay Bangs and their friends in the media at home and abroad as well? Did they respect the mandate of the majority then? The answer is a big NO.

Let us take some sample cases. In 1967 the Congress polled 40.78 percent votes. This was the year of beginning of coalition politics with four Hindi heartland states of Rajasthan, Madhya Pradesh, Uttar Pradesh and Bihar slipping out of the Congress grip. That was a clear mandate against the Congress in those states. The dents in Muslim vote bank of the Congress party also became visible in this election.

Then came 1971. The elections should have been held in 1972 but riding on the victory of Bangladesh War, Indira Gandhi decided to advance the election and won 372 seats with 43.68 percent votes polled in its kitty. That meant 56.31 percent people did not vote for the Congress party. And what did the Congress do to this majority that did not go with them? The Congress government imposed emergency in 1975, arrested hundreds of thousands of people under the charges of treason, put them behind bars, tortured them in most cruel manner and all that was done in the name of saving democracy!! Where were those Amartya Sens and Abhay Bangs then? Why the media then did not raise its voice? Not only that, as Lal Krishna Advani said, they crawled before the tyrant and the dictator when they were expected to just bow down a little. And now they are asking Narendra Modi to honour the majority voters who did not vote for BJP. What right they have? 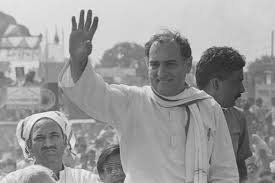 1984 is another remarkable year when the Congress party got 49.10 percent of votes and won 426 seats in the Parliament. That was because of the strong sympathy wave in favour of the Congress due to assassination of Indira Gandhi. Rajiv Gandhi, a political novice became the Prime Minister. He had a better change to undo the injustice heaped on crores of Muslim women when the Supreme Court delivered its verdict in favour of them in the famous Shahbano case. He could have easily ended the inhuman and outdated practice of triple talaq. But he did not. Fearing the Muslim vote bank, he reversed the Supreme Court judgement instead! That is how the Congress treated those who did not vote for the party and who voted for the party. They looked at their own interests only. Everything came later.

The Jan Sangh came into existence in 1950s. They contested the first general elections in 1952 bagged three seats. In 1957 their tally rose to 5 and then to 14 in 1962. In 1967 the party could manage 32 seats with 9.31 percent of votes. In the Janata Party experiment the Jan Sangh secured 99 seats – highest among the coalition partners then. But the experiment did not last long and collapsed under the weight of its internal contradictions in 1980. The Jan Sangh was forced to break away and transformed into Bharatiya Janata Party in 1980.

In the 1984 election the BJP could secure just two seats. But like the legendary Phoenix it leaped to life bagging 89 seats with 11.36 percent votes in 1989. Thereafter the party continuously improved its tally in the parliament with its vote share increasing from 20.11 percent in 1991 to 37.4 per cent in 2019. It ruled the country from 1996 to 2004 under Atal Bihari Vajpayee. But the party never treated those who did not vote for them with vengeance and ill will. 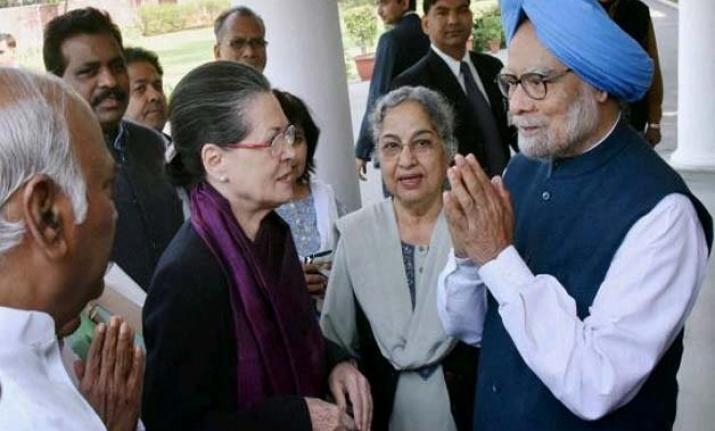 Between 2004 and 2014 the Congress though a minority party, ruled the country with the support of like-minded secular parties and the coalition was known as United Progressive Alliance (UPA). Sonia Gandhi was its undisputed leader and Manmohan Singh was the puppet prime minster. Those ten years were marked by umpteen scams, rampant corruption and humiliation of Hindu culture, ethos and traditions. The bogey of Hindu terror was raised in this period with a systematic intention to defame and debase the Hindu society. That they did not succeed in their mission is a different story.

However, during that period no one like Amartya Sen, Abhay Bang, or anyone raised their voice against the injustice meted out to those who did not vote for the Congress party. They systematically ignored it. And at times even abetted such injustice! 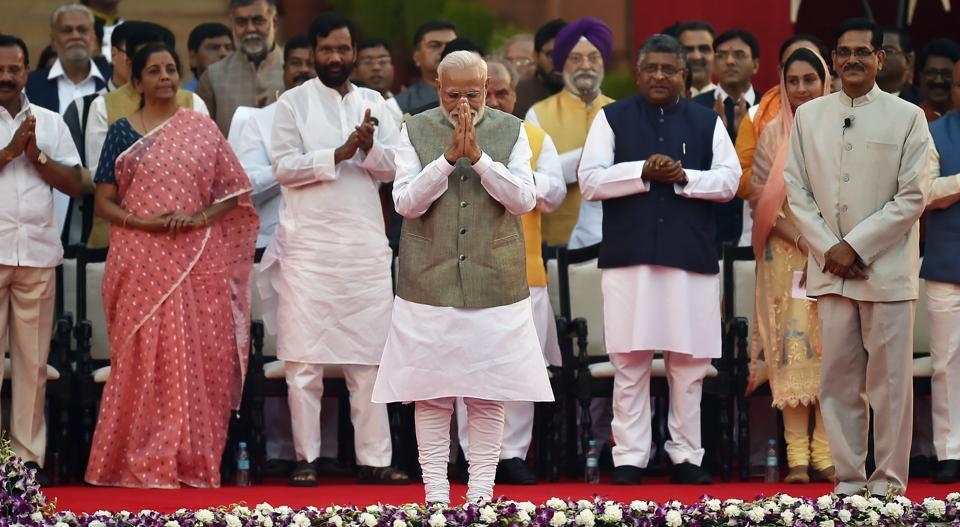 Now, with BJP coming to power in second consecutive term and that too with improved tally, they are out of their dens again. They forget that in 13 states and union territories the BJP secured more than 50 percent of votes and some these states have the Congress party governments! Madhya Pradesh, Rajasthan, Chhattisgarh, Gujarat, Uttarakhand, Maharashtra, Bihar, gave over 50 percent votes to BJP while in Uttar Pradesh the party secured 49.61 percent. There are 12 states where the party completely swept the mandate. On the other hand the Congress could not bag a single seat in 19 states and Union Territories this time.

I think people like Amartya Sen, Abhay Bang, etc. should ponder over this miserable defeat of the Congress party and suggest them the ways and means to improve their outreach to the voters instead of insulting the popular mandate and sermonizing the BJP leaders, Government and more particularly, Prime Minister Narendra Modi who know how to perform their duties towards the country and its people.