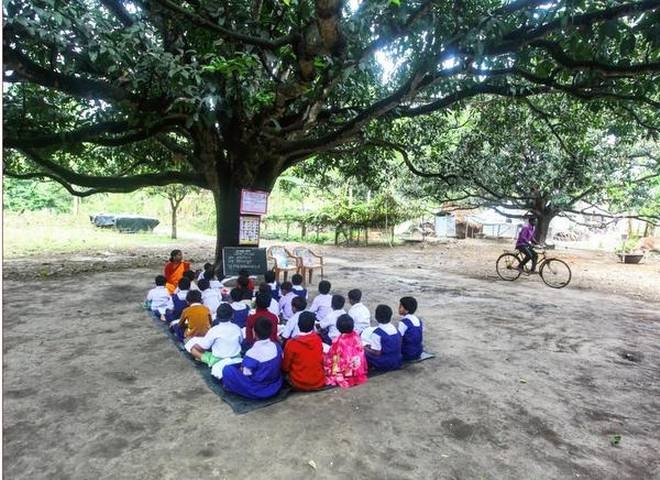 It is ironical that an organization founded 55 years ago to consolidate and serve the Hindu Society and protect the Hindu Dharma is today remembered as one of the stark radical, anti-Muslim, anti-Christian, engaged in violence etc. by the people. The very fact that it has been running thousands of service activities in the remote, inaccessible tribal and hilly areas of the country is eclipsed due to this adverse propaganda being carried out by its secular adversaries and their media co-passengers.

Yes. I am talking about the Vishwa Hindu Parishad (VHP) which was founded 55 years ago on 29th August 1964 on the auspicious day of ‘Shri Krishna Janmashtami’ at the initiative of the then RSS Sarsanghchalak late Sri Madhav Sadashiv Golwalkar alias Sri Guruji. The VHP foundation day coincides with the celebration of ‘Shri Krishna Janmashtami’ with a lot of fanfare and the very special sport called ‘Dahi Handi’ or ‘Govinda’ for the youth.

In the very first meeting, Swami Chinmayananda was named as founding president while Apte was given the responsibility of General Secretary of the VHP. It was decided that the VHP would be a non-political organisation and that no office bearer of any political party shall be simultaneously an office-bearer in the VHP.

The objective of VHP was to organise -consolidate the Hindu society to serve- protect the Hindu dharma. A strong effective, enduring and an ever-increasing presence of VHP is seen in lakhs of villages and town in Bharat and around the world also.

By taking up the issues like Ramjanmabhoomi, Amarnath Yatra, Ram Setu, Ganga Raksha, Gau Raksha, Hindu Mutt-Mandir, religious conversions of Hindus by the Christian Church, Islamic terrorism, Bangladesh Muslim infiltration etc. the VHP is proving to be the indomitable force of the Hindu Society for the protection of its core values and beliefs and sacred traditions.

The first world convention of Hindus was held at Prayagraj at the initiative of VHP during the Kumbha Mela of 1966 for its launch. That was the first successful attempt to bring Hindu religious leaders of all hues, sects and sheds on one platform. The VHP worked relentlessly against the social stigma of untouchability and passed resolutions in its conferences denouncing that inhuman custom and holding the unity of Hindus supreme.

The international presence of VHP: The VHP is active in many countries of the world including the UK, the USA, Canada, Australia, New Zealand, Indonesia, Bali and other such countries. Its activities overseas generally include organizing events for the Hindu community. The VHPA or the VHP in the USA advocates for human rights for Hindus around the world. They train Pandits for carrying out rituals besides running charitable causes such as raising money for typhoon victims or Fiji flood victims in 2012. 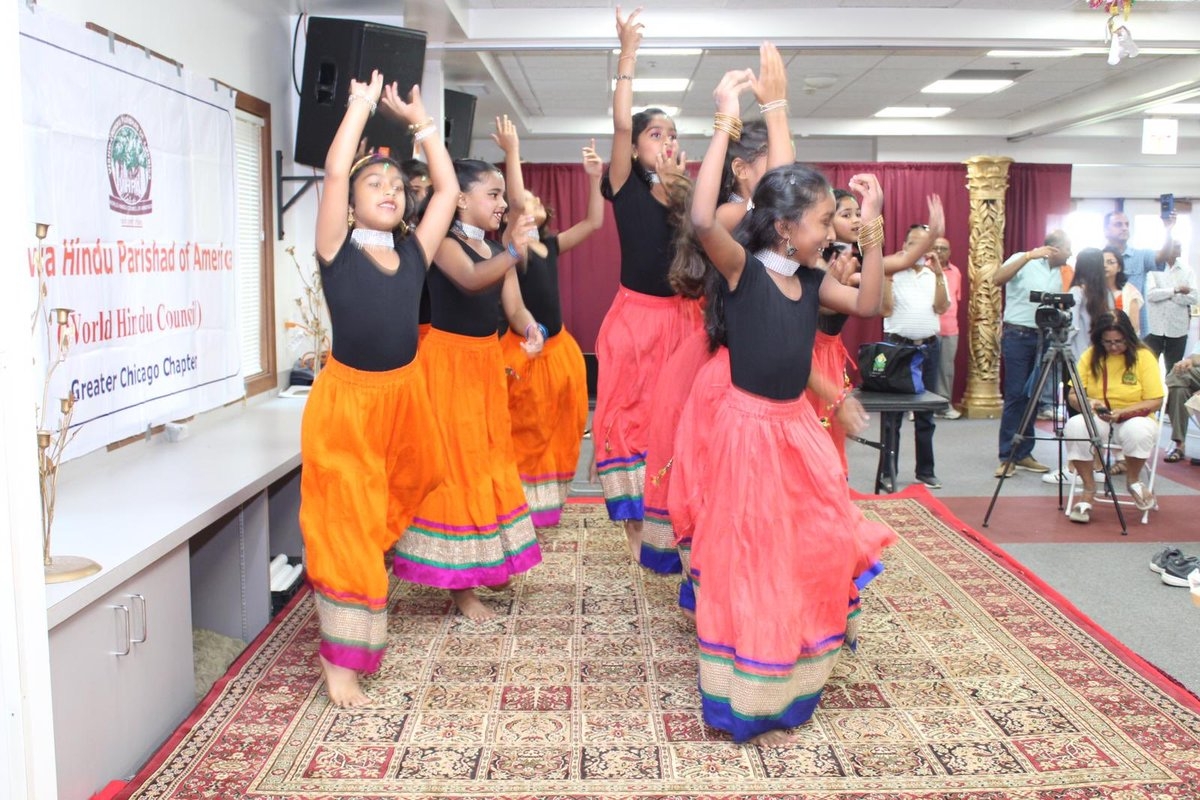 The VHPUK is the vocal advocate of human right violation of Hindus in Bangladesh and Pakistan. The VHP in Germany’s Frankfurt offers Bhagwad Gita and Ramayana classes.

In March 2014, the VHP had its first National Hindu Council in Fiji and New Zealand. The VHP has established a Vedic school in Sydney, has temples and organised 3 National Hindu conferences in 2014.

But to an ordinary Hindu, the VHP means an organization that is rabidly Hindu and anti-Muslim and anti-Christian, an organization that preaches hatred for non-Hindu sects. It is often equated with the destruction of the disputed structure at Ayodhya popularly known as 'Babri Mosque' in the secular parlance. The VHP and Bajrang Dal, its youth wing, are often blamed for growing intolerance, religious acrimony and even violence in the name of religion.

Service activities: The VHP otherwise projected as a rabidly communal and sectarian organization is engaged in multi-faceted service activities all over the country but this ‘other side’ of this global organization of Hindus. The very size of the service projects run by the VHP is astounding for a common man. The fields covered by these projects range from social uplift to healthcare, to education to self-reliance and women empowerment. A mere glance at these projects will suffice to understand the benevolent face and nature of this wonderful organization.

The healthcare facilities include allopathy, homoeopathy, ayurvedic, naturopathy, and panchagavya treatments; trained arogya sevaks and sevikas are posted in the villages and remote areas to provide primary health care and referral services. Besides, vyayam shalas or gyms are also set up to promote good health.

Educational projects: Education is one such area where the VHP has succeeded in putting its imprint. The organization conducts as many as 55313 projects including balwadis (634), bal sanskar kendras (639), primary schools (490), middle schools (62), higher middle schools (31), gram shiksha mandirs (52954), hostels (158), and other educational projects 188. Besides, 57 coaching centres, 88 libraries and 12 Sanskrit and Veda Vidyalayas are also run by the VHP.

Social Projects: The VHP as 52045 social projects to its credit that include 45 orphanages named ‘Matrichhaya’ 22 women security centres, 804 other social projects, 12 help centres and 51139 sanskar pathshala.

The main objective of running these varied projects is to impart value-based education for the development of a civilized, organized and strong society; to develop empathy for all classes and castes; to empower the neglected and deprived sections of the society, and to provide curative and preventive healthcare facilities to the needy sections.

But hardly these activities are recognized and mentioned. Very few people may know that the VHP does very commendable work in running 'Ekal Vidyalaya' or Single Teacher Schools in the remote, inaccessible areas of the country where none of its critics would ever dare to tread.

Again, not many are aware of its medical and healthcare activities in providing better treatment to the people where there are no dispensaries, doctors and hospitals.

The VHP’s activities in the social service sector are manifold and impressive. They cover the areas like medical and healthcare, providing vocational training, education, social welfare, environment protection, religious pilgrimages, and emergency help during natural calamities such as floods, cyclones and earthquakes.