J&K: India should not fall prey to Pakistan’s psychological narrative

"We see threat of humanitarian crisis and threat of conflict and the UN should play role to protect people of Kashmir. I demand that UN should expedite efforts for lifting of curfew," said Pakistan Foreign Minister Shah Mohammad Qureshi after his alleged telephonic conversation with UN Secretary-General Antonio Guterres. 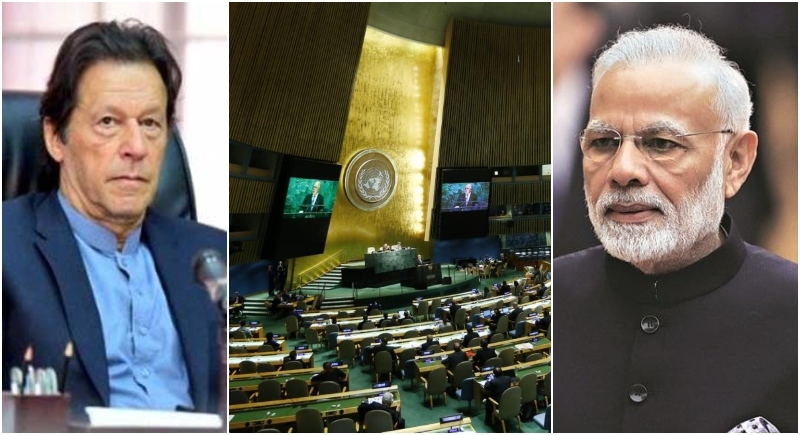 “India ignored several Security Council resolutions on Kashmir and refuses to negotiate with Pakistan to settle the dispute,” said Arif Alvi, President of Pakistan. “India, in fact, encouraged terrorism through the Constitutional changes for which Pakistan is not responsible. Indian government is living in a “fools paradise” if it thinks that it can improve the situation in Kashmir by revoking Article 370,” he added.

The aforementioned statements from the top most echelons of the Government of Pakistan clearly indicate that Pakistan has got over its initial shock and is now putting a comprehensive strategy in place to counter the reorganisation of the state of Jammu and Kashmir carried out by India. The main element of the strategy is, quite obviously, creation of international pressure by showing the India government as an aggressor in Kashmir, using undue force to subdue the people there.

Pakistan is building a sophisticate psychological narrative to this end with full support of its media! “It is equally true that there is no room for ‘appeasing’ India, and Pakistan’s battle must follow a clear diplomatic route at world forums, where India’s hubris and atrocities in IHK must be highlighted,” says Dawn a well known Pakistan Pakistani English newspaper in its editorial. In the same editorial the newspaper also extols the Pakistani prime minister to keep open the window for dialogue but, with the aforementioned statement, it has highlighted its actual thought process.

Moneeb Ahmed Barlas, a Pakistani columnist who identifies himself as an independent researcher in public policy and international relations has recently written an article “Half widows of Kashmir” which has been carried by the Pakistan based English daily Express Tribune on August, 25, 2019. “Above all, the plight of these women shows how conflicts can tear apart families and scar memories forever. It is an indignity that should prick everyone’s conscience and should compel them to protest against the tyranny of Indian forces in the Kashmir Valley,” says Moneeb in his article.

There is nothing new in the article since the subject has been covered extensively by others before him over many years. What is of significance is the consistent focus on “prick everyone’s conscience and should compel them to protest against the tyranny of Indian forces in the Kashmir Valley.” It indicates that the piece is part of the larger psychological game plan. It gains significance as a psychological warfare tool in the hands of Pakistan to focus international attention to what is being projected as the “eternal suffering of the women of Kashmir.”

The narrative will start from the concept of half widows and then be built up to the current situation where allegations of “atrocities” on women and children will be stage managed. The perception will be given a big boost by organising all women agitations in certain places. In other words, Pakistan will attempt to associate Kashmir with Palestine and accuse the world of insensitivity to the plight of the “freedom loving people.”

Interestingly, his article, like others by Pakistani writers on the subject, does not even refer to the fact that a major portion of these so-called half widows in Kashmir are those whom Jihadi terrorists who infiltrated from Pakistan forcibly married and then abandoned.

Yet another Psychological warfare narrative that Pakistan is playing out is creation of a perception of India is going in for what it terms as a “false flag military operation.” According to Pakistani “expert” this would entail India putting the blame for violence in Kashmir on Pakistani infiltrators and then carrying out limited military operations in Pakistani territory. Pakistan is attempting to create a scare of the region coming under threat of a nuclear flashpoint. An expert in the art of lobbying in the United States, where such activity is recognised as a bona fide political process, Pakistan is getting papers written on the subject by various think tanks. The next step will be issuing of a statement by some US Congressman.

It is quite clear that Pakistan is now creating diabolic psychological narratives to weaken Indian resolve to give to the people of Jammu and Kashmir such political and democratic rights and freedom that have been denied to them since independence of the country.

In consideration of the aggressive narrative being prepared by Pakistan to pressurise India, the decision to impose certain restrictions in the state, especially on the use of the net and smart phones for social media, bears strong merit.

It is very sad that the opposition in the country, especially the Congress that has for long remained in agreement for abrogation of Article 370, is now assisting Pakistan by creating hurdles in the process to negate its evil intentions. The recent drama enacted by Rahul Gandhi of going to Srinagar airport and then flying back on not being permitted to get in is nothing more than a photo opportunity and political brinkmanship.

It seems as if the opposition parties are wishing that the reaction within the state is one of violence so that they can revel in the discomfiture of the government simply to earn a few brownie points. This cannot be deemed to be a nationalist view.

It would be so much better if the opposition gives to the government the confidence that it will ensure the complete absence of violence as a reaction to the decision taken through the democratic process. Politics can resume in a peaceful manner the moment a suitable environment for the same is in place. If the opposition within the country would stand steadfast with the government then the psychological narratives being prepared by Pakistan would not be able to take off at all.