New Delhi, August 6: Placing reality of Ladakh before the Parliament, young and dynamic BJP member from Ladakh Jamyang Tsering Namagyal earned the praise of Prime Minister Narendra Modi for his speech in Lok Sabha on a motion to abrogate special status given to Jammu and Kashmir under Article 370. 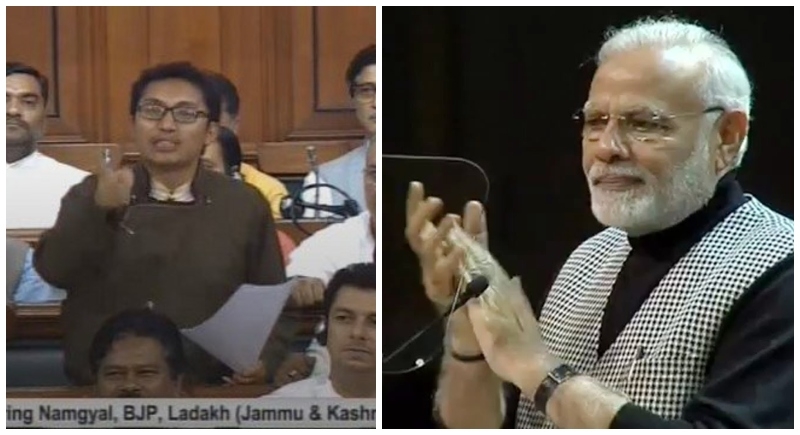 Participating in the debate on a motion to abrogate special status to J-K and split the state into two Union Territories, Namgyal said the people of Ladakh had been fighting for UT status for the last seven decades.

In a tweet, Prime Minister Modi said the Ladakh BJP MP coherently presented aspirations of people of the region in his speech. PM Modi in a tweet said, “My young friend, Jamyang Tseing Namgyal who is @MPLadakh delivered an outstanding speech in the Lok Sabha while discussing key bills on J&K. He coherently presents the aspirations of our sisters and brothers from Ladakh. It is a must hear.”

“If Ladakh is today under-developed, then Article 370 and Congress party are responsible for it,” the MP said.

BJP lawmaker from Ladakh, Jamyang Tsering Namgyal, trended on social media today for his speech in parliament on the debate on the government's move to end special status to Jammu and Kashmir under Article 370 and split it into two union territories.